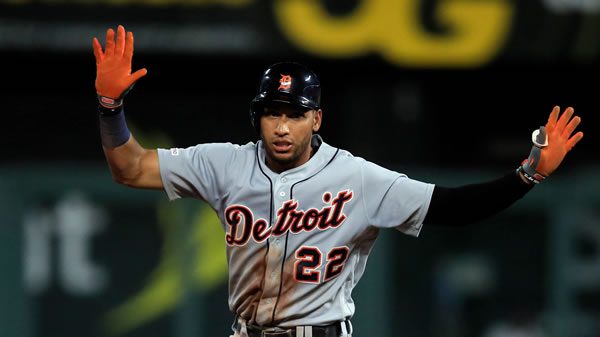 The Texas Rangers host the Detroit Tigers on Friday August 26th at Globe Life Field. The first pitch in this matchup is scheduled for 08:05 ET. The MLB Odds Board places Texas as the favorite (-165), with an OU line set at 8.0.

The Detroit Tigers will look to pick up another big win after they defeated the Giants by a score of 6-1. Overall, the team’s pitching staff limited the Giants to 1 run on 8 hits. The Tigers benefited from an offense that generated 6 runs on 8 hits. Detroit picked up the win, despite getting 135.0 on the moneyline. Combined, the Tigers and Giants fell short of the over-under betting line of 8.0 runs. So far, Detroit has been a good candidate to fall below the betting line, as their over-under record sits at just 43-72-10.

The Texas Rangers will be looking to pick up another win, as they most recently defeated the Rockies by 12 runs (16-4). In the winning effort, the team’s pitchers held the Rockies to 4 runs and 9 hits. Offensively, they finished with 16 runs on 18 hits. Heading into action, Texas was the favorite at -135.0. For the season, the team has been favored in 53 games, winning at a rate of 43.0%. In terms of the over-under, the Rangers and Rockies combined to surpass the line of 11.0 runs. For the season, the team’s over-under record is 60-55-9.

The Detroit Tigers will send Tyler Alexander to the mound with an overall record of 3-7. So far, Alexander has put together an ERA of 4.03. In his appearances leading up to today, he has lasted an average of 3.16 innings. Compared to other starters, the left-hander has a high BA allowed, currently sitting at .267. So far, Alexander has managed to keep the ball in the ballpark, allowing just 1.05 home runs per 9 innings. Alexander has had trouble generating strikeouts, averaging just 1.58 K’s per game on a K rate of 12.0%. Leading into the game, he has shown a strong command of his pitches, averaging just 2.09 walks per contest.

The Texas Rangers will send Glenn Otto to the mound with an overall record of 5-8. Otto gets the start with an ERA of 4.66. On average, he has lasted 4.96 innings per appearance. So far, Otto has a batting average allowed of 0.231. Home runs have been an issue for Otto, as he is allowing an average of 1.24 per 9 innings pitched. Overall, Glenn Otto has struck out 17.0% of the batters he has faced. On average, he averages 3.74 K’s per game. Otto comes into the game hoping to improve his walk numbers, as he is averaging 4.94 free passes per outing.

Today’s matchup between the Detroit Tigers and Texas Rangers will be their 5th meeting of the season. So far, the teams have each won 2 times. Through 4 games, the series’ over-under record is 2-2, with the average run total sitting at 10.0 runs per game. The averge scoring margin in these meetings is 5.0 runs. Going back to last year, Detroit won the season series, 6 games to 1. The over-under record in last year’s matchups was 4-2, with the average run total being 10.0 runs per game. On average, the winning team won by a margin of 4.57 runs per contest.

Heading into Friday’s American League matchup between Detroit and Texas, the Rangers are the favorite on the moneyline. Texas comes into the game riding high on offense after exploding for 16 runs. Look for Glenn Otto to keep Detroit in check as the Rangers pull out the win.

Free MLB Pick: Rangers Moneyline. Bet your Tigers vs. Rangers prediction and ALL your sports bets this weekend for FREE by taking advantage of a 100% real cash bonus up to $500 when you use bonus code PREDICTEM at Betnow Sportsbook!