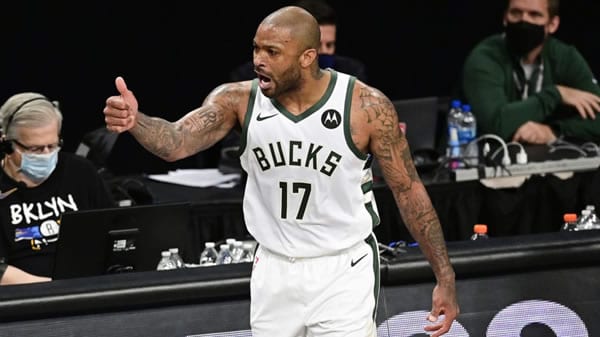 The Milwaukee Bucks haven’t won a conference title since 1974, while the Atlanta Hawks have never won one since moving to Atlanta more than 50 years ago. But one of those droughts will end as the Bucks and Hawks meet in the Eastern Conference finals, beginning with Game 1 Wednesday night in Milwaukee. The Bucks are lined as heavy -490
favorites to win this best-of-seven affair, with Atlanta getting +390 as the underdog. Here’s how we home-worked Wednesday’s series opener with our free NBA playoffs betting pick.

The NBA playoffs betting market opened Milwaukee at -8 for this Game 1, with an O/U of right around 228. Early betting action then dipped that spread to -7 and that total to 226.

Those bettors out there just looking to wager on the outright winner of the game could get the Bucks at -323 on the money line at Intertops while the Hawks were getting +276 at BetOnline.

Fifth-seeded Atlanta reached this Eastern Conference finals by knocking off top-seeded Philadelphia in the conference semifinals in seven games, closing that series out with a 103-96 Game 7 victory in Philly Monday night. The Hawks won Game 1 of that series also on the road, lost Games 2 and 3, then won three of the last four to advance.

Atlanta opened these playoffs by beating New York in five games in the first round, winning two of those games on the road. So the Hawks are 8-4 both SU and ATS this postseason.

Atlanta is also 35-15 SU, 29-20 ATS since handing the head coaching reins over to Coach McMillan
back in March.

Third-seeded Milwaukee, meanwhile, reached this conference finals series by outlasting Brooklyn in seven games in the conference semis, finally advancing with a 115-111 Game 7 overtime victory Sunday night in Brooklyn. The Bucks trailed that series 2-0 and 3-2, then won the last two games to advance.

Milwaukee opened these playoffs by sweeping Miami in four games in the first round. So the Bucks are 8-3 SU, 6-5 ATS this postseason.

On the injury front, Atlanta was already playing without F De’Andre Hunter, and now F Bogdan Bogdanovic is listed as questionable for the near future with a sore knee.

Milwaukee played five games better than the Hawks in the regular-season standings, 46-25 to 41-31,
and took the season series from Atlanta two games to one. But we should point out Hawks G Trae Young missed both games that Atlanta lost, then played in the one game they won.

Unders are 8-3 in Hawks games this postseason.

Unders are 7-3 in Bucks games this postseason.

Unders played 2-1 in Hawks-Bucks games this season, as the games averaged 229 total points against an average over/under of 230.

Atlanta might be down two starters for this Game 1, but it was down those two guys for Game 7 against the Sixers and won, even with Young having a bad game. So maybe the Hawks are a little better than even we might give them credit for. Meanwhile, Milwaukee is the better team here but isn’t exactly known for winning when it should. Yes, the Bucks actually should win this game outright be we won’t be surprised if it’s close. So we like Atlanta plus the points here for our free NBA betting pick for Wednesday. Bet your Hawks/Bucks pick FREE by taking advantage of a 100% REAL CASH bonus offer on your first deposit of $100 to $300 at MyBookie Sportsbook! (Must use bonus code PREDICT100 and sign up through this special link!)