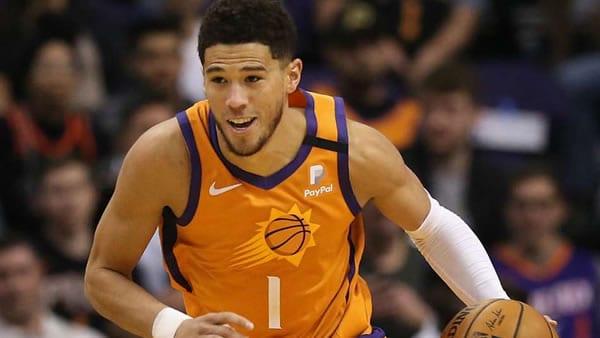 The Phoenix Suns shoot for their first NBA Finals berth since 1993, while the Los Angeles Clippers aim for their first-ever Finals as the teams begin this best-of-seven Western Conference finals series Sunday afternoon in Phoenix. The Suns, owners of home-court advantage for this series, are lined as -200 favorites to win it, with LA getting +165 as the underdog. That line might be closer, but the Clippers might play this series without Kawhi Leonard. Here’s how we home-worked Game 1 of this series, with our free NBA playoffs betting pick.

The NBA playoffs betting market opened Phoenix at -4 for this Game 1 with an over/under of right around 221.5. Both those figures were holding steady in the early betting action.

The best price we could find for the Suns on the Game 1 Moneyline was the -165 offered at Bovada online sportsbook, while Los Angeles was getting +155 at SportsBetting.ag to win this game outright.

Fourth-seeded Los Angeles reached this Western Conference finals by beating top-seeded Utah in six games in the conference semifinals, sealing that deal with a 131-119 Game 6 victory Friday night. The Clippers trailed that game 75-50 early in the third quarter, then outscored the Jazz from there 81-44 to close out that series.

LA got through the first round of these playoffs by outlasting Dallas in seven games. So the Clippers are 8-5 both SU and ATS this postseason.

Second-seeded seeded Phoenix reached this conference finals series by sweeping Denver in four games in the conference semifinals, sealing that deal with a 125-118 Game 4 victory last Saturday. The Suns beat the Nuggets, who were missing one of their best players, by an average score of 122-106 and covered all four games.

Phoenix got through the first round of these playoffs by knocking off the defending champion Lakers in six games. So the Suns are 8-2 both SU and ATS this postseason.

Two personnel notes hover over this series going in; Los Angeles will play this game and probably more without F Kawhi Leonard after he suffered a knee injury in Game 4 against Utah. During the regular season, the Clippers played 36-16 SU, 31-21 ATS with Leonard, 11-9 SU, 8-11 ATS without him. But they did win Game 6 against the Jazz without him. Meanwhile, Phoenix G Chris Paul is stuck in that stupid health protocol crap, and as of this writing, his status for Sunday was uncertain. But there’s a chance he’ll play.

The Suns finished four games ahead of Los Angeles in the regular-season standings, 51-21 to 47-25, but the Clippers took the season series two games to one. Los Angeles won the first meeting back in January by building a 31-point first-half lead, then hanging on for a 112-107 victory. The Clippers then won the second meeting back in April 113-103, pulling away late. But Phoenix won the third meeting in late April 109-101; a game Leonard missed due to injury.

This game will probably come down to who’s better, Phoenix without Paul or Los Angeles without Leonard. And as great as Paul’s been, even playing through a sore shoulder in these playoffs, we’d say it’s the Suns. So we like Phoenix here for the cover in Game 1, and we like the Suns to win this series.