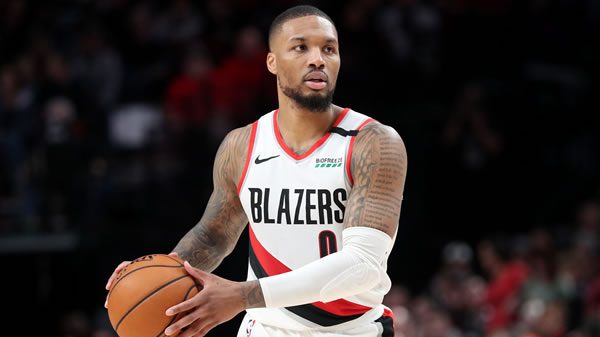 So far, the Nuggets have put together an overall record of 2-1, while going 1-2-0 vs the
spread. Denver is going for another win in today’s game, as they previously took down the
Thunder. Going into the game, they were 8-point favorites on the spread. Their 122-117 victory
was not enough to cover. Denver and the Thunder entered the second half all tied at 55. In the
win, Michael Porter Jr. led the team in scoring with 22 points on a field goal percentage of
53.3%.

The Trail Blazers come into today’s matchup with an overall record of 3-0. So far, the team
has gone 3-0-0 against the spread. Portland are going for yet another win, as they previously
defeated the Lakers at home. With the 106-104 victory, they also covered the spread as 4 point
underdogs. Portland went on to win the game, as they led by 7 heading into halftime. In the win,
Damian Lillard led the team in scoring with 41 points on a field goal percentage of 60.0%.

Going back to last season, the Nuggets took the season series 3-1. This mark came while
splitting their games with Portland on the road. In last year’s head-to-head meetings, the
Nuggets averaged 122.0 points per game vs Portland, which was increase over their season-long
average. While the Nuggets saw a boost in scoring, the Trail Blazers averaged 103.5 points per
contest in head-to-head meeting vs Denver. This figure was similar to season-long average. In
terms of betting, Denver has an ATS record of 4-1 in the previous 5 matchups vs Portland. This
mark has come on an average scoring margin of +17 points per game in favor of the Nuggets. A
combined average of 227 points per game was achieved in these matchups, leading to an over-under
mark of 4-1.

One thing to watch will be if Nikola Jokic will be able to take advantage of his matchup vs
the Trail Blazers. Last year, they were ranked just 26th in points allowed to centers.

Through 3 games, the Trail Blazers are averaging 111.3 points per contest, placing them 15th
in the NBA. Coming into today’s game, the Trail Blazers will be looking to improve their 3-point
shooting numbers, as they are averaging just 10.3 made 3’s per game. If Portland continues to
struggle with their outside shot, they may look to start playing with more pace, as they are
currently 14th in the league in possessions per game.

Damian Lillard could be in line for a big game vs the Nuggets as they were one of the worst
units at defending point-guards in the 2021-2022 regular season.

Conventional wisdom says you fade or pass on an NBA team in a back-to-back including air
travel. On the flip side, Los Angeles is a short hop and the Blazers are playing like a team
possessed. It’s early in the season and it’s questionable if Damian Lillard is even human. I’m
taking the +4!