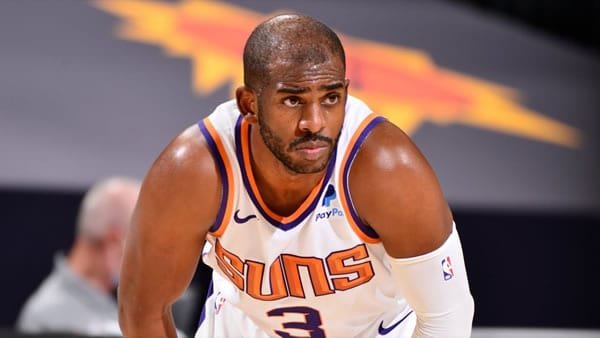 The Phoenix Suns are one win away from their first Western Conference finals appearance since 2010 and can make that happen with a win over the Nuggets in Game 4 Sunday night in Denver. Phoenix won the first two games of this series at home, then grabbed a 3-0 series lead with a third-straight double-digit victory Friday night. Can the Suns close out the Nuggets? Can Denver stave off elimination? Here’s our homework for this Game 4 and our free NBA playoffs pick.

The NBA playoffs betting market opened Phoenix as a two-point road favorite for this Game 4, with an over/under of right around 221.5. Early betting action then bumped the Suns to -3 and the total to 222.

Anyone thinking Denver might win this game outright could find a price of +140 on the Game 4 money line at Bovada Sportsbook.

Phoenix leads this series three games to none after winning Game 3 Friday night 116-102. The Suns popped out to a 21-8 lead on Denver but only led 59-55 at the half. Phoenix then used an 11-3 run out of the locker room to create some room and later led by 20 on its way toward the outright victory as a two-point underdog.

The Suns shot 53 percent from the floor Friday while holding the Nuggets to just 41 percent shooting.

With Friday’s win/cover, Phoenix is 7-2 both SU and ATS this playoff season.

With Friday’s loss, Denver is 4-5 both SU and ATS this postseason.

Phoenix finished four games ahead of the Nuggets in the regular-season standings, 51-21 to 47-25, but Denver took the season series from the Suns two games to one. So Phoenix is 4-2 both SU and ATS against the Nuggets this season.

Denver continues to play without G Jamal Murray (21 PPG this season). The Nuggets initially had success without him, but that might be coming to an end. Overall, Denver is now 17-10 SU but only 12-15 ATS since losing Murray back in April.

Unders are 2-1 in this series, as the games are averaging 222 total points against an average O/U of 223.

Phoenix is rolling while Denver is missing a key ingredient. And the Suns are just flat outplaying the Nuggets in this series, leading by double-digits most of the time. Yea, there’s a chance Denver might salvage one win here, but this series is over. The smart money here gives the short spread with Phoenix. Bet today’s NBA picks FREE by scoring a 100% REAL CASH bonus on your first deposit of $100 to $300 at MyBookie Sportsbook! (Must use bonus code PREDICT100 to receive the extra bonus loot!)