Bet on Which Teams Will Not Make the Playoffs – Free Picks 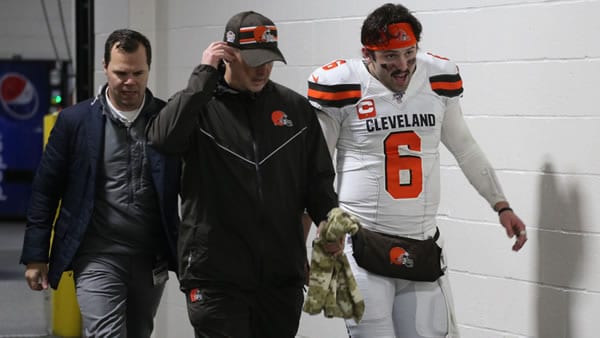 NFL Bets on Teams to Not Make the Playoffs

Usually when making futures on team bets, we’re focusing on what a team can do. However, with this bet, we’re trying to find the best value picks on teams not to do something. And in this case, that something is to make the playoffs. A bet like this packs a lot of mileage into it, as you’re along for the ride on all the team’s games, or at least until it becomes clear whether or not they will make the postseason. There is a lot to take into consideration.

In a wager such as this, the full scope of a team’s details must be accounted for in the analysis. All the changes on a team need to be cited, from coaches to players. Then you have to look at the changing statuses of all the other teams in the division. You need to look at the schedule and gauge the difficulty of their non-divisional opposition. You need to figure what chances the other teams have, as there are only so many postseason spots to go around.

In a bet such as this, we eschew the obvious. Some teams, it’s going to take every star in the galaxy aligning right for them to see the postseason this season. And the odds reflect that. In this wager, we’re going to take a stand only on teams where there are actually a substantial amount of fans and bettors who think that team has a good chance to see the postseason. We picked two teams from each conference, breaking down why there’s some value betting on these teams to fall short of the playoffs this season. Here are our picks:

Why They Won’t Make Playoffs: To hear people’s tune change last season on the Browns was revealing, as the preseason darling was soon relegated to the ranks of an also-ran. Not a lot went right, with injuries, suspensions, and underwhelming seasons from their star players resulting in a leadership change. I wouldn’t bank on everything going so badly this season. It’s a team that really should succeed, just from what exists on paper, namely what should be a varied and potent offense. Even with the recent upsurge, this is a team that is 17-62-1 in the last five seasons and turning it around isn’t any kind of automatic result, despite how many weapons they may have.

The AFC North could be tougher this season, with the Ravens still the top-dog, as the Steelers look to make a move, and the Bengals not being the pushovers they’ve recently been. Even if they go 6-4 against their non-division opponents in Washington, Dallas, Indy, Las Vegas, Houston, Philly, Jacksonville, Tennessee, and both New York teams, they might need a couple of upsets to sneak into what should be a crowded AFC playoff picture.

WHERE CAN YOU BET ON TEAMS “NOT” TO MAKE THE NFL PLAYOFFS? —> 5DIMES SPORTSBOOK!

Why They Won’t Make Playoffs: Sure, they’re due after missing the playoffs the last two seasons and picking another AFC North team has its inherent issues. But the reasons for those two letdown seasons in 2018-19 are still in place—an aging injury-prone quarterback working with diminished firepower. There is still a lot to like about a peak Pittsburgh offense and even more to like about the other side of the ball. With nothing going their way last season, they still got to 8-8, and that added depth that they built will pay off. This could be a pick that is way off, but I just think too much positive projection is needed to picture a close to a best-case scenario for this team in 2020.

The Steelers lost a few key pieces, and while they added guys like TE Eric Ebron, I would have liked to have seen a key signing or two. And with their first pick in the draft coming at 49, there might not be an immediate impact made by rookies. Their schedule is negotiable in spots. The division is tough, but non-division games against the entirety of the AFC South and NFC East should have them in there late with a shot. But closing games against Indy and Buffalo might make the hill a bit too steep at the end in a top-heavy conference full of good teams.

Why They Won’t Make Playoffs: This is one of the bolder predicted omissions from this year’s postseason, as they are the third-leading choice in the NFC to win the Super Bowl. They have a new head coach and a loaded roster. Their division is one of the easier in the league, and their non-division schedule with the Rams, Falcons, Seahawks, Browns, Cardinals, Steelers, Vikings, Ravens, Bengals, and 49ers is a group where they can go 6-4, making it, so the math vaguely works out for a playoff appearance. Additions like potential game-changers like CeeDee Lamb offer further hope, as does a leadership change with Mike McCarthy.

So why pick that they won’t go to the playoffs? Well, first is value, as the Cowboys seem to be getting a lot of juice for a team coming off an 8-8 season. Does -280 for them to get in seem like a good price? Ezekiel Elliott is indisputably a top weapon, and Dak Prescott is a hard guy to really criticize, as it is wrong to say he’s not good. But he also needs to show another gear. Is Amari Cooper an elite number-one receiver or a more feast-or-famine type? Will Lamb jump in and be a monster in his rookie season? Can their defense avoid crippling injuries for a change? A lot of these questions need to be answered in the affirmative and if they’re not, this could end up being a nice value-play.

Why They Won’t Make Playoffs: At 31-16-1 in their last three seasons, this isn’t an easy stance to take. But losing top receiver Stefon Diggs hurts, though rookie Justin Jefferson could help soften the blow. A lot of stars on offense are constant threats to fall to the injury bug, though Dalvin Cook was able to stay healthy for much of the year in 2019, though receiver Adam Thielen was banged-up. They need a lot to go right on offense on the injury-front. And this aerial package has a chance to be good, but it’s also a bit thin on proven stars, with Thielen the only guy where you’re sure he’s going to put up numbers. Their “D” is strong and in the hands of a strong defensive mind in head coach Mike Zimmer.

The strength of their division depends on a few factors. Defending division kingpins Green Bay remains strong, and we’ll see what Chicago and Detroit come up with. But even if they get through their division at a hopeful 4-2, they still have to play the whole AFC South and the whole NFC South, which is tough, along with Seattle and Dallas in non-division games. Crunching the numbers gets a little tricky. And there’s still San Fran, New Orleans, Tampa, Green Bay, Philly, Dallas, Seattle, the Rams, and who knows who else? There are only so many spots to go around.

Not only can you bet on teams NOT to make the playoffs at 5Dimes, they’ll also offer you the ability to bet on games at -105 odds, which saves you 5 bucks per $100 you’re trying to win! This goes for both sides and totals! Dump your over-priced bookie and start saving big money TODAY by signing up at 5Dimes! You’ll be SO glad you did!