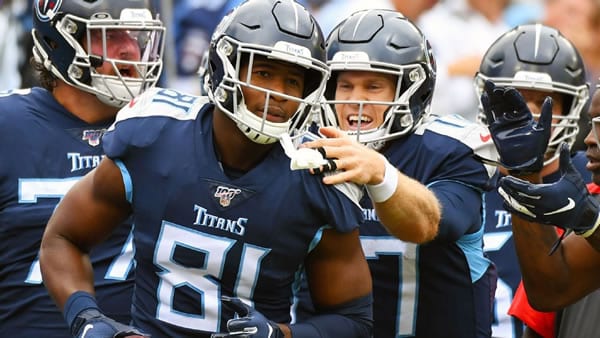 Takeaways From When The Bills and Titans Were Last In Action

The Bills come into this game undefeated on the heels of a 30-23 win on the road against the Las Vegas Raiders on October 4th. As a three-point choice, the Bills were cash money as they led by as much as 14 points. Bull rusher Devin Singletary carried the weight, the load, and Buff City to the comprehensive victory.

The Titans were in action on September 27th in the Twin Cities against the Minnesota Vikings. As a three-point favorite, Tennessee failed to produce a cover in a narrow 31-30 victory that was decided by a Stephen Gostkowski field goal. This seems to be the hallmark of Tennessee football. They grind out wins and have allowed the defense to hold serve when it needs to, and special teams to bring it across the finish line, if necessary. Not a captivating approach toward the game by any means, but certainly proven true.

How the Public is Betting the Buffalo-Tennessee Game

64% of the betting public like the Bills here in the present spot. The Bills re-opened as a 2.5-point favorite after initially being a 6.5-point dog when this market opened. However, the Bills/Titans game had to be pushed back due to Tennessee being adversely affected by COVID-19. As a result of the public lean, the Titans are now taking back an additional point.

The most historic meeting between these two sides was the fabled “Music City Miracle” but that is a chapter of yesteryear between the Bills and Titans. The Bills and Titans have met on seven occasions since 2016; Tennessee won the first four meetings, and Buffalo has emerged the victor in the previous three matches. The two last met in Nissan last year, where the Bills defeated the Titans 14-7 to stage an upset outright as a 3.5-point underdog.

The Bills have been a bit of a cash cow in this series as of late, as they have produced three consecutive outright upsets as an underdog of 1 point (2015), 6 points (2018), and most recently, 3.5 points over this span. As a whole, the underdog has been a commodity in this series as it has gone 6-1 ATS and SU in this series. This actually makes Tennessee now offer the equity in this spot.

The biggest storyline surrounding this game is the prevalence of COVID-19 in the Tennessee camp. Nine players remain out indefinitely as they tested positive for the coronavirus. These nine players will be unavailable for this game, and most notably includes wide receivers Adam Humphries and Corey Davis.

Not too long ago, in a galaxy very much like our own, Tennessee was spotting nearly a converted touchdown to the Bills, but because of the recent change of events, they are now the underdog. This in itself equates to value as they were the chalk with seven players listed out from testing positive for coronavirus. Tennessee is failing to produce profits this season, also correlates to the Titans likely working at an inflated number since they have not been kind to takers. Tennessee’s resume, for what it is worth, is not an impressive one: they snuck by Denver, then again against Jacksonville, and then a third time against Minnesota. These are teams that are not exactly world-beaters, and the Titans won against all three sides by a combined six points. This positions the Titans to be extraordinarily undervalued alone in this spot and makes them a strong play. On the flip-side, Buffalo has knocked off the likes of the Los Angeles Rams and Las Vegas Raiders, two teams that have a far better market perception. The Bills have also generated profits for those that got on-board, as well. Which leads me to query as to why Tennessee was a mid-range favorite here initially before the market had to re-set the number? My guess it would be that Tennessee, with all things considered, is in a position to run away with this thing. Now they are an underdog, which means I can get rid of the vig and play them for an enhanced return on the Money Line.

Here is the thing about Tennessee. They are an opportunistic team. They find ways to win. While Tennessee may not look like a convincing undefeated team, Buffalo could easily be a .500 football team in their own right. So looks can be deceiving on both accounts here, not just in Music City’s case. Buffalo did, after all, have to rally against the Rams and Dolphins to come away with a win. The Titans are looking to make a statement amidst all the chaos and uncertainty, and they are primed for their best performance of the season, no matter who takes the field for them. Titans outright is the call.