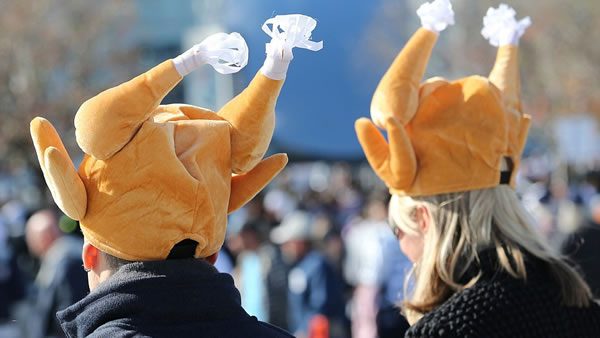 The Las Vegas Raiders will travel to “Jerry World” this Thursday for a showdown with the Dallas Cowboys at AT&T Stadium. The Cowboys are on the heels of their 2nd disappointing loss in the last three weeks. The most recent defeat was the result of a 19-9 loss to the Chiefs in Arrowhead. The Cowboys’ No. 1 ranked offense was held to just 276 total yards while QB Dak Prescott was sacked five times and gave up two interceptions in the dismal performance. On Thursday, the Cowboys will return to their traditional primetime stage on Thanksgiving Day as America’s Team looks for another bounce-back effort.

Before the week 11 loss to the Chiefs, Dallas delivered the biggest blowout of the NFL season by thrashing the Falcons 43-3 in a rebound spot following a surprising upset loss to the Broncos. In a similar situational scenario, Dallas has a chance for another strong bounce-back effort against a Raiders team that has lost three straight games, including a 32-13 home defeat to the Bengals last Sunday. During the three-game losing streak, the Raiders have failed to score more than 16 points in a single contest, and that could spell trouble if the Cowboys’ offense can get back on track.

In terms of the outright match-up on Thursday, this seems like an opportunistic turn-around for the Cowboys. The Raiders have failed to produce any consistency on the offensive side of the football and have turned QB Derek Carr into a high-frequency passer. In fact, Carr has attempted 374 passes this season which is more than Prescott, Josh Allen, and the majority of the NFL’s top passers. The Raiders’ offensive line has yielded the league’s 5th worst rushing attack averaging just 83 yards per game. Neither Josh Jacobs nor Kenyan Drake has eclipsed a measly 400 yards this season. Throw in the recent loss of WR Henry Ruggs, and this is an offense desperately trying to find answers at the skill positions.

Carr will likely have some opportunities over the middle of the field or underneath coverage to TE Darren Waller and WR Hunter Renfrow. However, I expect the Dallas’ pass rush to find their target and get off the field often on 3rd down. For Dallas, the Cowboys should get WR Amari Cooper back this week. Cooper missed the Week 10 match-up against Kansas City after a positive COVID test. However, star WR CeeDee Lamb’s status remains in jeopardy after getting knocked out of Sunday’s game with a concussion.

Even with Lamb potentially sidelined, this is a prime bounce-back spot for the Cowboys’ offensive line, which will have a big advantage in the trenches. In both of the Cowboys’ recent losses, Dak Prescott has been under heavy fire, and I’m just not convinced that the Raiders’ defense can consistently get to Prescott. Therefore, I believe Dak will often have a clean pocket to work from, and that has historically been disastrous for opposing defenses. Additionally, the Cowboys have shown really strong home splits going 4-1 SU and 4-1 ATS inside AT&T Stadium. I believe that trend continues this week as the Cowboys earn another bounce-back victory in an ideal match-up.

Jay’s Pick: Dallas -7. Bet your Thanksgiving Day NFL picks for FREE by taking advantage of a 100% REAL CASH bonus on your first deposit of $100 to $300 at MyBookie Sportsbook! (Must use bonus code PREDICT100 when signing up).