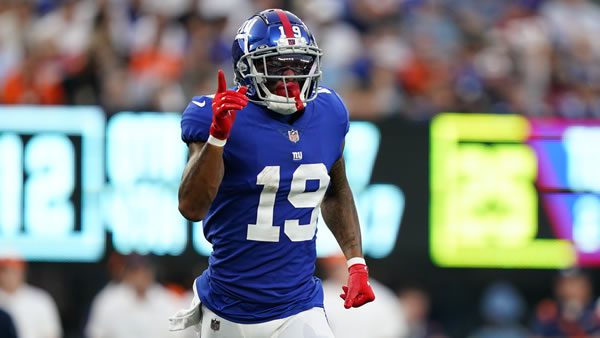 The Philadelphia Eagles take on the New York Giants in an NFC East battle from MetLife Stadium on Sunday. The Giants are trying to get that winning feeling back, as they are winless in their last three games after starting the season 7-2. A Sunday 20-20 tie against Washington has them out of reach of divisional leader Philadelphia. At 11-1 and with three straight wins since their only loss of the season, the Eagles come into East Rutherford with a head of steam. A 35-10 win over Tennessee shows the Eagles in good form, and the Giants should have their hands full. Who can bring us home the cover on Sunday?

Were the Naysayers Right About the Giants?

After winning 7 of their first 9, the Giants enter week 14 in a funk, 0-2-1 in their last three and only a one-score win over Houston to speak of in their last five games. Some of the things some people chose to ignore earlier in the season have become more apparent as the quality of opposition and stakes rise. The one thing they can do well isn’t getting better, which is running the ball. Saquon Barkley’s big games are becoming less automatic, though he’s still the most effective weapon on this offense. QB Daniel Jones has strapped aerially, first with his own limitations and then a pass-catching crew that is among the worst in the league.

The addition of head coach Brian Daboll and his staff have given Jones a boost, which in turn led to some better results, with a big assist from a reborn Barkley. But with legs maybe getting weary, they’re going to need to depend on something else, and they might not have that. Their defense has its good points but is really nothing special, becoming downright dodgy in some spots, particularly against some of the better-run games they face. That wouldn’t appear to bode well this week with the Eagles coming into town. And while their secondary has been decent in spots, it’s hardly anything that will strike fear into Jalen Hurts and this Eagles’ aerial attack.

Still, the Giants worked hard to forge some hope this season. Continued losses will throw that into serious peril. They enter this home spot with some massive urgency. Sure, they had some last week too, and were also at home and could only manage a tie against Washington. But the Commanders have been playing better, also trying to make a postseason charge after some recent success, including being the only team to beat the Eagles several weeks back. At home again, I’d expect an urgent performance against an Eagles team that has some margin for error, not only in the division but in the conference standings as well. A 35-10 pounding of the Titans last week hardly suggests an Eagles team letting its foot off the gas, but maybe at some point they let enough apathy set in to give their opponents an “in” they wouldn’t have had a few weeks ago.

Matchup Edges for Philly This Week

The Eagles are suited offensively to make it work in any number of different conditions. With two top receivers in DeVonta Smith and AJ Brown, they can take it to air with the best of them. And with Jalen Hurts using his legs along with Miles Sanders and some other productive backs, they are one of the strongest running teams in the league. That’s something they can use to good effect against the Giants this week, as it has become an area that isn’t getting better over the course of the season. In addition, the issues the Giants are experiencing aerially don’t figure to improve this week, with the Eagles being the most-rigid defense against the pass. Sure, that stat is likely enhanced by the Eagles having not faced a ton of thriving aerial attacks, but that’s not something the Giants will be able to bring to light this week.

Despite all the advantages on paper for the Eagles, the Giants could have an angle with their running game. With Jones and Barkley, it’s a ground game that can be applied somewhat uniquely. This has been the avenue upon which opposing offenses have been able to thrive against the Eagles somewhat this season. They did manage to shut down Derrick Henry last week, so this formula is far from automatic. But against the kind of multi-pronged run game the Eagles employ the previous week, the Packers were able to pile it on with their running game against this Eagles’ defense.

The Giants could very well go the way of many teams who started off fast only to become dogmeat by season’s end. And while that tie last week was upsetting at home in a game they really needed, the fight they showed against a Washington team that is playing a lot better defense tells me it might be premature to start shoveling dirt on the Giants just yet. While I don’t know if they can pull this off, I’d like to think they can hang in there a little bit this week and cover the spread. I’ll take the Giants and the points.

Loot’s Prediction to Cover the Point Spread: I’m betting on the New York Giants plus 7 points. Bet your Week 14 NFL predictions for FREE by scoring a 100% real cash bonus up to $500 when you use bonus code PREDICTEM at Betnow Sportsbook!