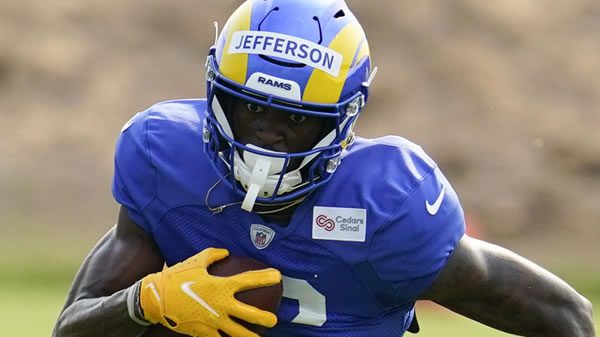 The Seattle Seahawks take on the Los Angeles Rams on Sunday in a key NFC West showdown at SoFi Stadium. After being in a prolonged funk, the Seahawks are on a decent run with two straight wins. After upsetting the 49ers, they conclusively overwhelmed the Texans on Sunday with a 33-13 win on the road. Again away from home, they get a tough road spot this week against a Rams team that continued to rebound from a rough patch, getting their second win in a row on MNF with a 30-23 win over first-place Arizona. Who can deliver the cover at SoFi on Sunday?

What Part I Tells Us

These divisional rivals met in week five, with the Rams winning 26-17 in Seattle. It’s a bitter memory for Wilson and the Seahawks, as Wilson’s injured finger in that game proved to be a major team setback. Matthew Stafford put up 365 yards, and they got TDs on the ground from Darrell Henderson and Sony Michel Their main aerial contributor was Robert Woods, who is no longer active, but they still boast of enough firepower through the air to make it work. And with Wilson going down in this game, maybe it gives him a little revenge mojo. At the very least, having him in there the whole game gives Seattle hopes to bridge that 9-point loss from week five.

How Dangerous are the Seahawks?

A failed overall season aside, two wins show Seattle might not be the wilting lilies they were several weeks ago. A season evaluation will be unflattering, but they’re still a prideful team who might have the kind of looseness that makes them a dangerous team against opponents that might have more to play for. But the team that was overturned on their backs was bound to right the ship at least a little before the season was over, and we’re seeing that now.

If the Seahawks can continue to get improved play from Russell Wilson, along with getting more answers from the run-game, their offense could be in decent shape. It gets harder this week on the road against a Rams’ defense, but we are, in fact seeing greater aerial flair from Wilson, with Tyler Lockett making a lot of big plays. DK Metcalf remains strangely stagnant, so the equation is far from perfect. And while they got a big game from RB Rashaad Penny last week, you wonder how much of that had to do with playing the Texans. Still, the win against a surging 49ers team the previous week gives this recent offensive surge more meaning.

Overstating the Limitations of the Seattle “D”

All season, we hear about how this week is going to be good for an offense going against Seattle. And sure, opposing players are putting up numbers. But then we see that in their last seven games, the Seahawks have allowed an average of 19 points a game. So maybe this isn’t the potential Rams’ offensive romp that some suspect it will be. It’s just that I suspect the Seahawks’ 7-6 ATS record amidst a season of total disappointment stems in part to a defense that has been somewhat underrated at times this season. In the first game, a Rams team that was doing a lot better managed just 26 points against a Seattle defense that has actually found some answers since then. It’s just food for thought.

Are the Rams Back?

While it was certainly disconcerting to see the Rams lose three in a row with a lot of things going wrong, they have perhaps turned the page. And maybe a beating of the Jaguars wasn’t enough to think they had righted the ship. Monday’s win over the Cardinals, a team that had beaten them before this season, showed that they might be back on the right track. And better that they went through that swoon when they did, as they still have ample time to round into peak form—something they’ve already started to do. Against Arizona, we saw a lot of good things. Against Seattle, a similar performance could result in a thorough hammering.

The Rams’ offense was clicking well on MNF, with Cooper Kupp, Van Jefferson, and Odell Beckham all getting off. Getting Darrell Henderson back would make the offense that much better. The line did a decent job repelling Arizona’s pass-rush, as we see Matthew Stafford back in the form that had people excited about the Rams earlier. Even without Jalen Ramsey, the defense was stout, with a pair of big interceptions, along with three sacks from Aaron Donald. And getting this “D” to tap back into their playmaking ability, as we’ve seen the last few weeks, would really boost their chances for something big this season. And in terms of this week, more of that same impactful defensive play could really allow the Rams to take over this contest.

Not to dismiss Seattle in a divisional context, especially as some recent positive signs could resonate in this game. I just think that the low-point totals the Seahawks have allowed, even in the face of yielding a lot of production, might lose some of its effectiveness this weekend. Against a team very capable of turning the production into points, I sense some of the defensive stinginess we’ve seen from Seattle the last handful of weeks could ebb in this spot. I see this game opening up a little offensively, with the Rams laying it on as they cruise to a win and cover at home this week. I’ll take the Rams.

Loot’s Prediction to Cover the Point Spread: I’m betting on the Los Angeles Rams minus 4.5 points. Don’t forget to check out our NCAA bowl game picks!