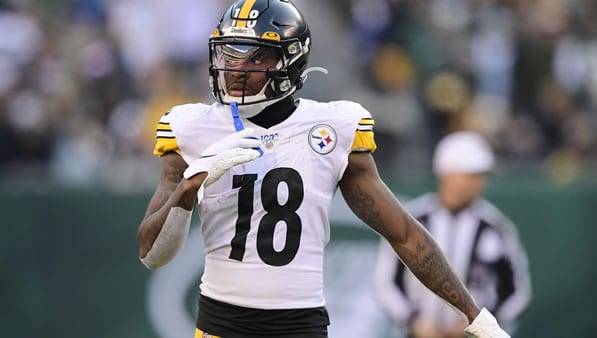 The Houston Texans come into Heinz Field on Sunday to take on the Pittsburgh Steelers in week three AFC action. Houston certainly isn’t being eased into this season, and it might cost them unless they get a win this week. After falling to the Chiefs in the season-opener, they came up short to the Ravens on Sunday, 33-16. To be fair, games against the Chiefs and Ravens might be a bad time to judge a team, but whatever the case, they need a positive development. It won’t be easy against a Pittsburgh team that looks pretty good at 2-0 and is at home. On Sunday, they beat Denver at home, 26-21, and look to make it 3-0 this week. Who will cover the spread at Heinz Field on Sunday?

On the surface, it’s easy to get a misleading impression. The Steelers, locked out of the playoffs the last two seasons and with Ben Roethlisberger and that great defense, they’re ready to reascend to the ranks of a playoff team, and we’re seeing that starting to take form. They now host an 0-2 team that hasn’t come within two touchdowns of winning in their first two games. In cases like that, one is forced to dig a little deeper.

Houston has not played well to start the season. The offense has been out-of-sync, with their “D” melting at times in games. But a lot of teams see things go that way when playing the cream of the AFC crop in Kansas City and Baltimore. This could be a spot where Houston’s defense has a chance to show how they can perform against a Pittsburgh offense that isn’t among the absolute elite in the sport. Their offense will still have to contend with a tough Steelers’ defense that is at home, but maybe not having to play from behind so feverishly against an explosive offense will be more to their liking.

The optimism on the Steelers is well-placed. They get a lot out of what they have on offense, with that good offensive line and an experienced QB like Big Ben extracting a lot from the guys around him. And that defense has looked completely legit through two weeks. But just as it might be unfair to judge the Texans on games against the best, we can’t get too carried away on Pittsburgh on the basis of wins over the Giants and Broncos. Their week one win was routine enough, but they struggled to put a dilapidated Denver team away on Sunday. With the Broncos seeing key guys falling out, they nearly had a Jeff Driskel-led comeback spoil things in the Steelers’ home-opener. One could imagine things being a little different against a more-together team.

Daylight for the Texans

The Houston defense was made to look bad to start the season. Against a Steelers’ offense that put up 26 points in both of their games against the Giants and Broncos, they could be better suited for this. Against two potent offenses, the Texans gave up a lot, while still keeping it somewhat in the ballpark and at least not getting completely embarrassed. Roethlisberger gives the Pittsburgh offense a boost. Benny Snell and James Conner have each already had 100-yard games, and some young receivers are starting to form a nice cast with JuJu Smith-Schuster. But it’s not one of those explosive Pittsburgh offenses, and they really have to work harder to cultivate points than they used to. This is a spot where guys like JJ Watt can really zero in and bring out some of the good things about this Houston defense.

In playing two teams that can put a lot of distance on their opponents pretty quickly, the Texans haven’t been able to stay within their game-plan. Against Pittsburgh, they can maybe better show some of that balance. With Watson handy with his legs, along with Duke Johnson and David Johnson, they could run the ball, but Duke is banged-up, and David didn’t get a carry on Sunday. Will Fuller is also listed as day-to-day, but if he’s in there, they have some aerial weapons to wield on the opposition. The problem is without DeAndre Hopkins, there’s nothing that special about this offense, and between a middling O-line and a lack of star weapons, you wonder if Watson has the right stuff around him to take this team to the next level.

Advantages for the Steelers

The Steelers are stronger on both lines of scrimmage. The Texans have the manpower to compete up-front on defense, but the prospects of that Texans’ O-line having to deal with the variety of weapons that the Steelers have in their front-seven aren’t that promising for potential Houston backers. The Texans don’t really have a dynamic back or the dependable possession receiver anymore in Hopkins that could throw a defense like this off its axis. And with guys getting banged up, it makes it even worse. If the Texans can’t get the run game going and become one-dimensional, that could feed right into this defense’s hands.

This could be a case of outsmarting yourself by taking the Texans. I just think that some things we saw from the Steelers that were worrisome in week one that went by without much notice were more-evident in week two. At home, they really could have lost to a Denver team that was having a lot of issues. If you transfer that level of play against what should be a more on-point and urgent Texans’ team, you start to see a situation where getting a lot of separation might be elusive for the Steelers this week. I see a pretty competitive game, with the Texans getting out of Pittsburgh with their first cover of the season.

Loot’s Prediction to Cover the Point Spread: I’m betting on the Houston Texans plus 4 points. Bet your Week 3 NFL picks FREE by depositing $200 and getting $200 in free bets at MyBookie!