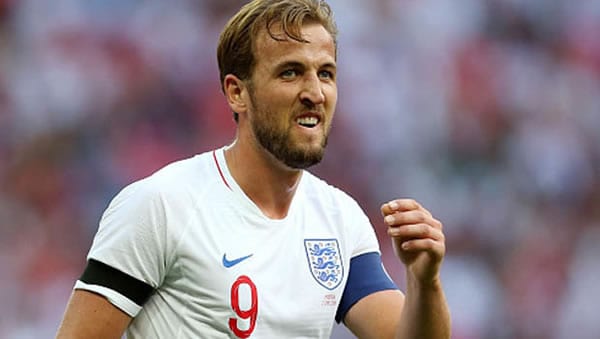 Moneyline: England -358/Iceland +1150/Draw +425. Bet your pick for FREE by depositing $25 at Intertops Sportsbook, add promo code ROOKIE200 and they’ll give you an extra fifty bucks!

And boy, have things changed since that historic victory for Iceland in the Round of 16 four years ago. Iceland hasn’t fallen to the scrap heap by any means, as the Vikings participated in both Euro 2016 and the 2018 World Cup, but it has run into the inevitable problems that come with being a small country in a world of European powerhouses.

Conversely, England has undergone a renaissance under Gareth Southgate since that miserable night in Nice. The Three Lions were fourth at the World Cup and mostly blitzed their qualifying group, winning seven of eight and scoring an average of four goals in their four road matches. But that said, England has been here before against Iceland, and visiting Reykjavik has proven a much tougher task than Kosovo, Bulgaria, and Montenegro. In its past five home matches, Iceland has been a winner on four occasions, with only defending World Cup champion France able to leave with a victory.

The fact that Iceland has qualified for the past two major championships out of Europe and sits as one of the top 16 countries in Europe is nothing short of a miracle, given the nation’s population of roughly 365,000. (To put that in perspective, this is the rough equivalent of the United States national team only being able to select players from the city of Cleveland.) But having so few players means that it’s tough to replace top talent as it ages, and most of Iceland’s best options are now on the wrong side of 30.

And that’s before COVID travel restrictions hit Iceland like a ton of bricks. Gylfi Sigurdsson has been Iceland’s ace for the past five years, but he’s also Everton’s captain, and he’s elected to stay behind in England rather than miss his team’s Premier League opener. The same happened with Johan Gudmundsson (Burnley), Aron Gunnarsson (Al-Arabi in Qatar), Alfred Finnbogason (Augsburg in the Bundesliga), and Ragnar Sigurdsson (Copenhagen in Denmark), all of who either asked off because of COVID concerns or were blocked from traveling by their clubs.

What’s left is a lineup that might not be able to handle the pressure of facing a side of England’s caliber. The Vikings still have one proven scorer in Kolbeinn Sigthorsson (AIK of Sweden), who scored the winner against England in 2016 and has 26 goals to his name in an Iceland shirt. But without Gunnarsson to get him the ball and Sigurdsson and Finnbogason to provide other scoring options and keep England honest, the English defense is likely to focus all of its attention on Sigthorsson, which might make it challenging for him to find any space.

Don't miss out on any plays at Predictem: Free Soccer Picks!

Unlike their opponents, England has no shortage of quality young players available for this match and for Tuesday’s matchup with Denmark. Everyone on this roster except Kyle Walker is under the age of 30, and everyone that Southgate wanted for the Three Lions will be in Reykjavik except for Marcus Rashford (Manchester United), who picked up an ankle injury and won’t be available to England until October.

But make no mistake, this is Harry Kane’s team all the way. The Spurs striker has been just as deadly a goalscorer while wearing an England shirt, scoring 32 goals in 45 matches for England. He claimed the captain’s armband in 2018, and under his leadership, England has lost just five games: Spain, the Netherlands, the Czech Republic, and twice to Belgium. He’ll hardly be alone on the attack, as England also has Raheem Sterling (Manchester City), Mason Greenwood (Manchester United), and Jadon Sancho (Borussia Dortmund) available to press the issue.

The one issue for the English is that they don’t really have a creator. Then again, they don’t really need one with Kane running the show. Kane tends to create his own shots and set up teammates well, and England can easily look to him to set up its strikers if that’s the way Southgate chooses to play this match.

Iceland is a wounded side thanks to the travel restrictions, and there aren’t many people in the world better at taking advantage of the opportunity than Harry Kane. Plus, given what happened four years ago, there is no chance that England takes this match lightly at all.

As such, it’s tough to find good ways to make money here, but there are still some decent options. You’ll get close to even money backing England to win and over 2.5 goals at -106, which is probably the best way to bet this match. England has been prone to the occasional head-scratching goal many times in its illustrious history (the English once managed to concede a goal eight seconds into a match against the ultimate minnow San Marino, a match England eventually won 7-1), so I wouldn’t risk taking the Three Lions to win to nil, especially at -125 to do it. Instead, I’d rather take a bit of insurance against an Iceland goal, and backing the over is a good way to do it.

For finding the net, everyone is going to be on Kane doing it at -121, so I’m going to look at Sterling, who’s at +140. Sterling has consistently proven a fine scorer for England, and with Kane drawing the most attention, he should have no problem getting chances. If you do want to back Kane to score, you can still get plus money. Just pair it with England to win the match; you’ll get +105 for both outcomes occurring.

With nobody in the stands and Iceland badly hampered by COVID travel restrictions, this trip to Reykjavik just isn’t the stern test that it usually is. The one concern for England could be complacency, but all Southgate has to do is remind his players of “2-1 in Nice,” and he should have everyone’s attention.

I can’t see England getting complacent here, and I can’t see Iceland’s patchwork lineup finding anything against the Three Lions. It’s not anywhere near as great a bet as usual on the correct score given the gulf of talent between the sides, but I’ll take England to earn a 3-0 win at +675. Did you know that favorites cost less and underdogs pay more at 5Dimes Sportsbook? Why pay more for odds?