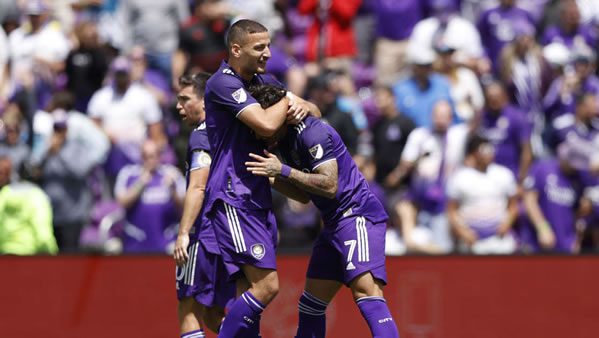 As the MLS season nears its final stretch, these teams seem to be struggling to build momentum. Orlando finally righted the ship after three straight losses and came up with a pair of wins on the road to pull itself up into 5th place in the league. Now, if they can just figure out how to play at home — where they’ve lost four of their past six matches — they’ll be in solid shape.

NYCFC’s problem is a leaky defense, which caught up with the Pigeons in their previous three matches before finally getting a win over Chicago. With the Yankees at home for extended periods, NYCFC has played just one of its past eight matches on its home turf, and the time away seems to be catching up with it. In three matches before facing Chicago’s punchless attack, NYCFC conceded three goals every time, walking away with losses to Columbus, Miami, and Charlotte. Another defeat could have NYCFC in a position to lose their grip on third place and a critical home game in the playoffs.

When you’re giving up three goals in a game, you aren’t likely to see results go your way. NYCFC has had an inconsistent defense all season long, and the Pigeons’ backline struggles came back to bite them hard in their past three defeats. In the month of August, NYCFC has conceded nine goals, which is the major reason why they have just three points this month from four matches.

What really hurt the Pigeons was the summer transfer window, as they shipped leading scorer Valentin Castellanos to Spanish club Girona for the remainder of the season. NYCFC’s attack hasn’t suffered because it still has several solid scorers, but losing a player like that who can be counted on to score at almost any time doesn’t help an already shaky defense. Now the pressure’s on the City back line, and they haven’t responded well.

Here’s how long it’s been since Orlando put a ball in the opponent’s net at home: the last goal credited to an Orlando City player at Exploria Stadium came on July 4 against D.C. United. Since then, there’s been an own goal by Miami and a pair of scoreless defeats against Philadelphia and New England. Yet the Lions sit in fifth place, in large part because they’re actually pretty decent away from home.

The Lions’ main problem is a lack of consistent scoring from players besides Ercan Kara. Kara has found the net eight times this season, but nobody else other than Facundo Torres has more than three markers. If Kara does put one home, the Lions are usually in pretty good shape. But when he’s unable to score, Orlando doesn’t have a consistent plan B. There’s another big issue here: the Lions don’t hold leads well. Out of Orlando’s past five matches where it scored, the opposition equalized in the second half four times, resulting in two draws and a loss when the Lions had struck first. Only in the most recent two games did Orlando hold the lead, and against Charlotte, the Lions did give up an equalizer; they just had time to come back and find a winner.

Given New York’s defensive problems, I think there’s a good chance that both teams will find the net in this one. I’m not sold on either defense, as Orlando doesn’t hold leads well, and NYCFC’s problems are well documented. However, given that you’ll only get -155 for that play, I think we can do better.

I like Orlando to win the first half at +190, as the Lions tend to do the majority of their scoring in the first 45 minutes. When the Lions gave up an equalizer, the goal tended to come around the 60-minute mark. If you can find it, backing either team to score between 60:01 and 70:00 is worth +210 and a reasonable dart play.

Finally, I think a draw is the way to go here. Orlando’s just not a good home side, and NYCFC should be back in gear after getting a result at Chicago. At +335 for a draw and both teams to score, the value is there.

There should be goals here, but how many will there be? These teams have tended to cancel each other out when they’ve matched up, as three of their past four matchups have finished 1-1 at the end of 90 minutes.

I’m a bit worried they might step up the offense and end up with a higher score here, but I’ll go ahead and back the trend. I’ll take the sides to split the points with another 1-1 match at +575. Bet yuour New York City vs. Orlando pick for FREE by taking advantage of a specially arranged bonus up to 125% at one of our top tier sportsbooks by checking out our sportsbook bonus codes page!