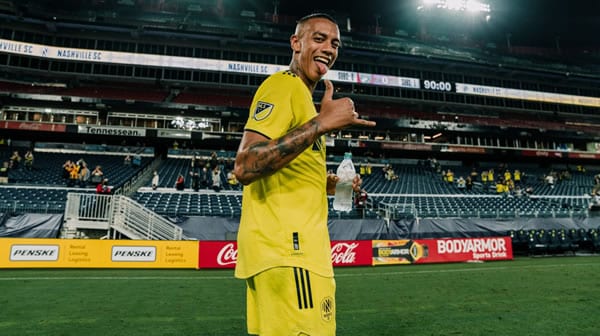 The expansion cousins of 2020 meet again, and Nashville is quickly dominating this rivalry. The Boys in Gold have met Miami three times, and the Herons have yet to find the net, with Nashville outscoring Miami 4-0 in their first three matchups. However, Miami’s attack looks to be stronger than it was a year ago, having already found the net four times in their first two matches.
Nashville has also notched four goals in this young season, but that comes with a big concern because they’ve also spotted their opposition the lead in both of their matches and had to come from behind just to get the draw. Draws aren’t really something Miami does, as the Herons had fewer draws than any other American MLS side last year with just three. Can Nashville avoid falling behind again against a side that’s brimming with confidence right now?

The biggest question for Inter Miami will be what mental state it’s in after what’s happened off the pitch since the Herons’ most recent match. Gonzalo and Federico Higuain became the first brothers in MLS history to score in the same game in the win over Philadelphia, but less than two days later, their mother succumbed to cancer after a five-year battle. The brothers dedicated their performance to their parents, and it’s anyone’s guess as to what mental state they’ll be in or if they’ll play at all.

The biggest key for Gary Smith’s side will be not digging the early hole. Nashville has been like a college freshman writing a term paper so far: the Boys in Gold need to trigger last-minute panic before they’re able to produce their best work.

That’s why there’s both a worry about Nashville’s play to this point and a reason to believe that better things are possible. On the one hand, falling behind Cincinnati and Montreal is a sign of a side that’s an utterly unprepared team, and eventually, that’s going to backfire on the Boys in Gold. Jhonder Cadiz has shown a nose for goal with two markers to his name so far, but the defense has to improve, or it won’t matter how many shots Nashville gets to the net.

Think goals in this matchup. Nashville has the highest expected goal total through two matches. Although that’s probably at least partially because of facing Montreal and Cincinnati, the fact remains that the Boys in Gold have generated more shots than anyone. Eventually, some of these have to go in. Throw in that Miami’s defense has been less than stellar, and I think there’s an excellent shot we see at least three and possibly four goals in this match. My strongest play here is the over at -115, and I’m willing to give a goal on this and play over 3.5 at +195.
But of course, we never settle for just one shot at plus money, and I think we can do better by taking Nashville and both teams to score. Two wins last season show that Nashville is the better side when the two go head-to-head, and Miami has done nothing to show that anything has changed in that regard. I think the Herons snatch their first-ever goal against Nashville, but I’ll take Nashville to win and both to score at +275. If you want to be ultra-aggressive, the play is to put the main two bets together and take Nashville and over 3.5 goals at +425.

I’m a bit apprehensive on this because I don’t know if Nashville will be facing a determined or a distracted side in this match after the death of the Higuain brothers’ mother. As such, it’s hard to go into the score pick with a ton of confidence. But I can only go on what I know here, and based on what I’ve seen from these sides, I think Nashville might concede early but should find a way to get the result in the end. Bet this weekend’s picks for FREE by taking advantage of a HUGE 100% real cash bonus offer on your first deposit of $100 to $1000 at BetNow Sportsbook!