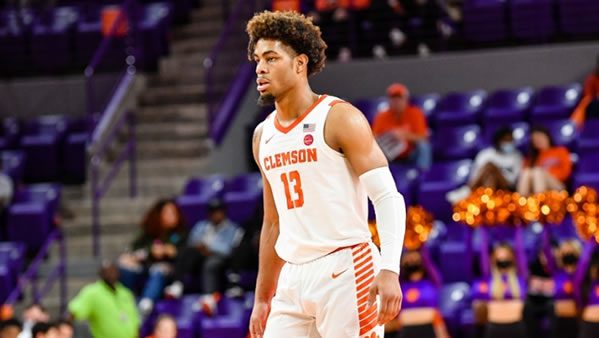 Opportunities don’t come much bigger for Clemson than this one, as the Tigers need quality wins in a hurry and don’t have a lot of time or chances left to get them. With the ACC being down in a big way this season (Duke and Wake Forest are the only ACC teams who can reasonably feel like they’d be 100% certain to make the tournament if the season ended today), there aren’t many chances left for Clemson, a middling squad that desperately needs something good on its resume. Beating Duke at Duke would certainly qualify, but Clemson hasn’t done that since 1995 (the year of Mike Krzyzewski’s illness and the last game he actually coached that season). Since that game, the Tigers have lost 19 straight to Duke in Durham and often done so by embarrassing margins. Of course, the series hasn’t exactly been tight no matter where the game has been played: Duke is 34-5 in its last 39 matchups with Clemson and hasn’t lost to the Tigers in front of fans since 2016.

Chances are pretty good Duke will make it 35-5 in the past 40, as the Blue Devils responded to their loss at Florida State by routing Syracuse in a game that was never in doubt. It’s also not as if Duke had been playing tight games with the Tigers in recent years: even with the Blue Devils missing the tournament last season, Duke still managed to beat Clemson by 26. With how these teams have played this year, a similar result might not be too far off.

When you depend on the 3-pointer as much as Clemson does, any night can either become a great one or a disaster, depending on how well your shots are dropping. It’s been a mixed bag for the Tigers, who have had more good nights than bad and rank 17th in the nation at shooting the 3-pointer. Al-Amir Dawes and David Collins are both capable of getting hot at any time, as is Alex Hemenway. But it’s P.J. Hall who does the most damage on offense for the Tigers on a consistent basis, as he tends to score from inside the arc and do so pretty accurately. Hall and Collins are the Tigers’ only regulars who shoot above 49%, making them the keys for any defense looking to slow Clemson down.

The best way to slow the Tigers down? Contest their threes and trust your rebounders to do their jobs. If you can neutralize one of the Clemson shooters entirely, so much the better. Notre Dame did this to almost perfection, as it got Collins in foul trouble and locked down on Dawes. The result? Hall got his points with 14, but Dawes shot just 2-for-11, and Collins only took two shots the entire game, resulting in just 11 points for the Clemson guards. The rest of the Tigers couldn’t make up the difference, and the Irish coasted to an easy 16-point win. With what it has down low, Duke has exactly the type of team who could execute this strategy against Clemson.

It’s not often that a Duke team doesn’t have a great outside threat, but this one really has seemed to be lacking from deep. Part of that is likely by design because when you have Paolo Banchero and Mark Williams inside, you kind of owe it to yourself to actually use them whenever you get a good opportunity. Banchero will sometimes go outside to score, but he and Williams are much more effective inside, where few ACC players can match their size and strength.

Talent and coaching certainly aren’t weaknesses at Duke, but youth is and has been for some time. In order to best the Blue Devils, you’ve got to make them beat themselves. In the days before Krzyzewski embraced “one-and-done,” this strategy never would have worked, but these days, Duke’s youth will sometimes show up in the form of silly mistakes. That happened in losses to Florida State and Miami, where the Blue Devils averaged 16 turnovers and the Seminoles and Hurricanes had ten combined. Clemson might have a hard time executing that, however, as the Tigers are not big steal threats.

Clemson will Cover If: The Tigers can hit their deep shots and prevent long rebounds. There’s nothing that Banchero and Williams can do about it if the Tigers are hitting from deep, and it’s the one way that Clemson can neutralize the size advantage. Getting Dawes and/or Collins in a rhythm early will make a world of difference.

Duke will Cover If: The Blue Devils can either dominate the glass early or get the Tigers in foul trouble. Clemson sends opponents to the line fairly frequently, and not only is Duke fairly consistent from the stripe, but the Blue Devils already know that getting one of Clemson’s scorers in foul trouble is likely enough to cause the Tigers to panic. Expect Duke to go hard at the interior.

Clemson getting to 67 in Cameron seems a little unlikely. The Tigers have only gotten there once in their past seven trips to Duke, and the Tigers aren’t a great offensive team in the first place. Plus, the Blue Devils have only been giving up around 65 points a game and match up well with the Tigers, making Clemson’s team total under a solid play.

This is a bad matchup for Clemson. The Blue Devils have the right personnel to deny them shots and keep them off the glass, meaning that it’s likely to be a long night from the opening whistle for the Tigers. It’s hard to beat a team 20 straight times in one spot, but I see no other outcome here. Give me Duke to cover.