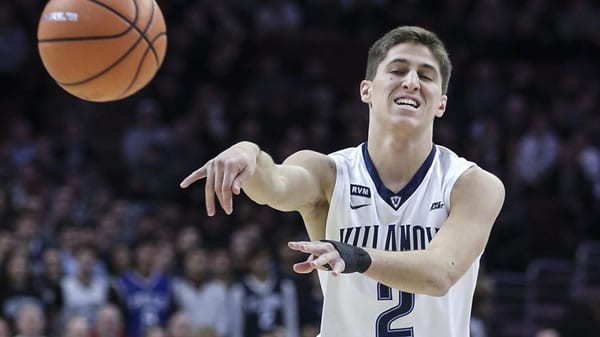 Marquette is in danger of falling out of the Big East race before it even has a chance to begin, as the Golden Eagles have already lost twice in the league and could quickly find themselves three games and a tiebreaker back of first place with a loss here. However, this could be the matchup they need, as the trip to Milwaukee has traditionally been one of Villanova’s most difficult. The Golden Eagles have won three of their past four against Villanova in Wisconsin, and the exception was a tight squeeze, a three-point win in 2017.

Villanova seems to have found its footing after the early loss to Virginia Tech and now appears to be on its way to ruling the Big East for yet another season. The Wildcats have looked very good in recent games and could turn this into a two-team race rather quickly if the rest of the league continues to stumble. Can they take another big step forward here?

If there are two things you can say about Villanova, it’s that the Wildcats take care of the ball and frustrate opponents on defense. Villanova averages a mere 8.4 turnovers per game and only sees about one of every nine possessions end without putting up a shot. On the other end of the court, they’re a nightmare for opponents to deal with. Since the Wildcats left Bubbleville after struggling with Arizona State and Virginia Tech, they haven’t allowed anyone to break 70 points.

Beyond its defense, this is a team that’s built around taking and making good shots. The Wildcats are a guard-heavy team that can get contributions from anywhere on the court. Against Saint Joseph’s, No. 2 scorer Collin Gillespie only managed seven points, but it didn’t matter because Jeremiah Robinson-Earl scored 25 and the rest of the starters combined to score 49 points. Take one part of this team’s offense away, and you’ve still got four more options that can really hurt you.

Marquette doesn’t have the shooting that Villanova does, and with a little bit of improvement there, they might have managed to get a win over Seton Hall or Xavier. In fact, that was precisely how Marquette managed to come away with a win at Creighton; the Golden Eagles shot 53.6 percent in that contest.

The Golden Eagles need to get a strong performance out of D.J. Carton and Koby McEwen to get a result here. Marquette’s depth is virtually non-existent, which places a high amount of pressure on the starters. Carton had a career-high 20 points against Creighton, and with shots likely to be at a premium in this game, both guards need to be at their best.

Villanova’s problems are even worse than Wisconsin, who has at least managed to come away with the occasional victory while playing its game. Villanova has had to win by playing an offensive show, as each of their four wins in Milwaukee over the past eight years have seen the Wildcats top 80 points. When the Wildcats hold Marquette to 75 or less, they’re 0-3 because the Golden Eagles know how to play at a slower pace and make it work for them. Villanova will have to either play its best or alter how it plays to get a win here.

The Wildcats can get a lead late and force the Golden Eagles to foul. Villanova is an excellent free-throw shooting team that doesn’t have a weakness at the stripe, as all five Wildcat starters shoot 70 percent or better from the line. If Villanova can lead after 35 minutes, the game is likely theirs to lose.

Marquette will Cover if:

The Golden Eagles can make the most of their opportunities. With how well Villanova plays defense, good shots are likely to be hard to come by, which means Marquette probably won’t shoot above 50 percent unless they win the rebounding battle. Villanova is not a good rebounding team, so if Marquette can get second-chance points inside (or hit the shot in the first place), they can keep this a tight game.

Marquette’s been close every time it’s played in the Big East, and there’s something about this trip that the Wildcats really do not like. I would expect Villanova to pull out the victory, but Marquette should be right there to the end and really needs this game.

When you expect a game to be close and there’s a desperate team involved, always go with the desperate team. Marquette cannot afford to be 1-3 in the Big East, so I’ll take the Golden Eagles and the points. Bet your college hoops picks for FREE this week by taking advantage of a 100% real cash bonus on your first deposit of $100 to $300 at one of the web’s best betting sites: MyBookie!