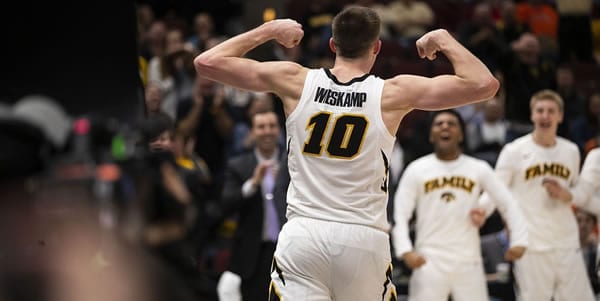 DePaul has long been a joke in men’s basketball, but people aren’t laughing quite so hard anymore in Chicago after the Blue Demons recorded their first winning season since 2007 and made the finals of the CBI last season. However, this team still looks to be a year away from where it wants to be, as it features a junior-heavy lineup and not a lot of depth.

The good news for the Blue Demons is that guard Charlie Moore seems to have finally found his place at his third college. Moore was a budding star at California as a freshman but then left the Golden Bears when Cuonzo Martin took the job at Missouri. Strangely, he chose to start over at his old coach’s most bitter rival, Kansas, but barely played for the Jayhawks and ended up on the move again. The switch to Chicago seems to have paid off for him, as he led all scorers with 27 points Friday and appears to be in total control of his team’s offense.

Beyond Moore, look for Paul Reed to be a factor in the paint. Reed is a solid post player who averaged 12 points a game and was the best rebounder in the Big East a season ago. He’ll have to be at his best in this game, though, because he’s got a tough matchup in Iowa center Luka Garza.

At 6’11”, Garza needs to be big for the Hawkeyes this season, and the opener was a big step in the right direction for him. He scored 20 points in Iowa’s opener and added 12 rebounds, and if he can do anything like that in Big Ten play, Iowa’s going to be tough to beat.

But the Hawkeyes’ most important player is likely to be Joe Wieskamp. Wieskamp is an excellent shooter from deep with the skills to beat defenders off the dribble should the opportunity present itself. Of everyone on Iowa’s roster, he’s the most likely to end up playing in the NBA someday, and the Hawkeyes are going to need him to play like a star if they’re going to be a factor in a tough Big Ten. A 16-point opener was a good start, and he’ll need to keep that up against a DePaul defense that didn’t defend the 3-pointer all that well against Fairleigh Dickinson.

Mental fatigue. Where are DePaul’s heads at as the Blue Demons prepare to play their fourth game in a week? Granted, Alcorn State, Chicago, and Fairleigh Dickinson aren’t a murderer’s row by anyone’s definition, but it’s still far from easy to play four games in seven days at the beginning of the season. Not only does that weigh on a team physically, but it takes a mental toll as well. Is DePaul prepared for the challenge of a fourth game that also happens to be its first road game of the season against an opponent that’s of a higher caliber than itself?

DePaul will Cover if:

Reed can hold his own in the paint against Garza, and the Blue Demons can disrupt the Iowa guards. Reed doesn’t have to win the battle against Garza for DePaul to cover; all he has to do is not lose it. If Garza gets 20 points again, but Reed also lands in double figures, DePaul can withstand losing that battle to win the contest. If Reed can’t get anything going inside, however, the Blue Demons will be hard-pressed to get a win.

Wieskamp gets himself in a rhythm, and Jordan Bohannon steps up his offensive contribution. Lost in the SIU-E game was the fact that the rest of the Hawkeyes managed 51 points to the 36 that Wieskamp and Garza scored. Iowa needs that third option to get going, and it’s likely going to be Bohannon, who appears to have recovered from injury.

DePaul is finally moving in the right direction, and it can be tempting to pick the Blue Demons in a spot where they’re getting nine points. But I don’t love the idea of picking them in their first true road game without any real evidence that DePaul is ready to win on this level. Iowa was an NCAA tournament team last year, and while the Hawkeyes lost a lot from that team, they also returned some successful players.

I think Iowa is in a better position here and should be able to cover this line. Give me the Hawkeyes.