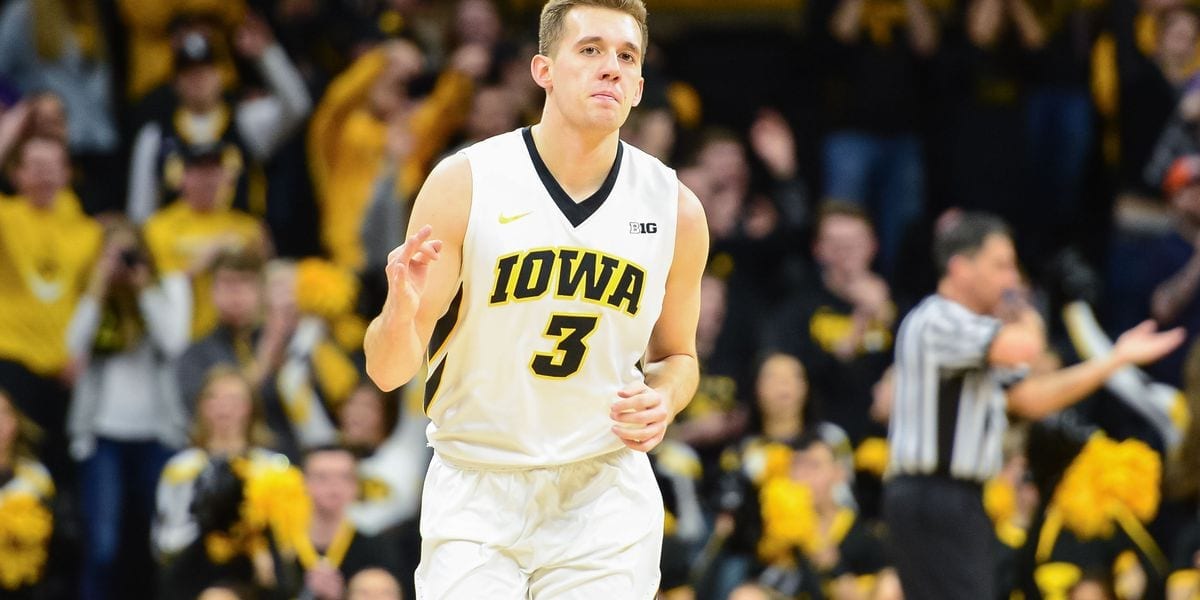 Through five games, Iowa looked like it might really have something this season, in contrast with last year’s wipeout that saw the Hawkeyes record their worst Big Ten finish ever. But after that 5-0 start, the Hawkeyes have played a tight game at home against Pittsburgh and slipped up against Wisconsin, calling into question just how good the Hawkeyes really are. The biggest difference from last year’s team is freshman Joe Wieskamp, who serves as Iowa’s top 3-point shooter and averages 10.9 points a game. When he’s on, he can highhandedly change a game for Iowa, but he’s shown a tendency to disappear against big-time opponents this season. Otherwise, little has changed for Iowa, which relies quite a bit on forward Tyler Cook and hasn’t yet shown that it’s put its defensive problems from last season in the past.

Michigan State has once again gone through a typical Tom Izzo November of beating itself up against some of the best teams in the nation, and the result is both a squad that’s had some impressive moments and a team that’s shown signs of mental fatigue. Michigan State’s past week was anything but easy, as the Spartans followed up their Las Vegas success with trips to Louisville and Rutgers, the former of which resulted in an overtime loss.

When they’re on, Michigan State is led by guards Cassius Winston and Joshua Langford and forward Nick Ward. Winston in particular has been a major cog for the Spartans this season, averaging 17.9 points per game and scoring in double figures in all eight of Michigan State’s contests this season.

The Spartans’ defense. Make no mistakes: both of these teams can score and do so consistently. Both teams average over 80 points per game, and both teams’ offenses rank in the top 25 in the nation, according to Ken Pomeroy. However, Michigan State has been more consistent with its scoring (the Spartans haven’t been held under 78 points) and has done so against better defenses than Iowa has seen. If the Hawkeyes can’t keep up with the Spartans when they’ve got the basketball, Michigan State will have an easy night.

Iowa Will Cover if:

The Hawkeyes show more patience on offense and take better shots than they did against Wisconsin. Iowa coach Fran McCaffery wasn’t pleased with how quick into the shot clock the Hawkeyes shot it and was even less pleased with Iowa shooting 39 percent from the field against the Badgers. If the Hawkeyes force shots against Michigan State, the Spartans are quick enough to punish them and put the game out of reach early in the second half.

Michigan State Will Cover if:

The Spartans can establish Nick Ward inside. Guard play is usually the key to Michigan State’s game, but Iowa tends to defend the 3-pointer fairly well. Where the Hawkeyes have trouble is on the interior, and that’s where Ward can really shine. Despite his 6-11 size, Iowa center Luka Garza isn’t much of a shot blocker, and the Hawkeyes don’t really have anyone else who can play the interior well enough to stop Ward. Michigan State would be wise to get him the ball early and make him a factor throughout the contest.

Iowa really gets the opponent it didn’t need here after falling at home to Wisconsin. The truth is, the Hawkeyes were probably a little overrated after going to Madison Square Garden and sweeping Oregon and Connecticut, and their past two games have brought them back down to earth. That happens fairly regularly in the early part of the season, especially for a team that’s trying to shake off as bad a season as Iowa had last year. But when you’re trying to figure yourself out after meeting some adversity, the Breslin Center is one of the worst places to do it.

That’s especially true considering that Michigan State hasn’t played at home in two weeks and is anxious to get some of the rust off after gutting through a trap game at Rutgers. The Spartans have struggled in their past two contests, but that was after two difficult games in Las Vegas against UCLA and Texas. In fact, Iowa will be the only team to visit the Breslin Center between Nov. 19 and Dec. 16, which should have Michigan State ready to put on a show for its fans.

Given the Hawkeyes’ recent struggles, there’s a lot to suggest that the Spartans can get some of their frustration out in front of their home fans. In any case, this should be a high-scoring contest, so you’ve got two reasonable plays to make in taking either the over or going with Michigan State to cover.

If you’re looking to maximize your winnings, a parlay of the Spartans with the over should be a great way to do it. But if you’d rather not mess around with needing to hit two bets, you should be just fine trusting Tom Izzo’s squad to handle Iowa at home and get themselves back on track. I’ll lay the 10 with Michigan State.