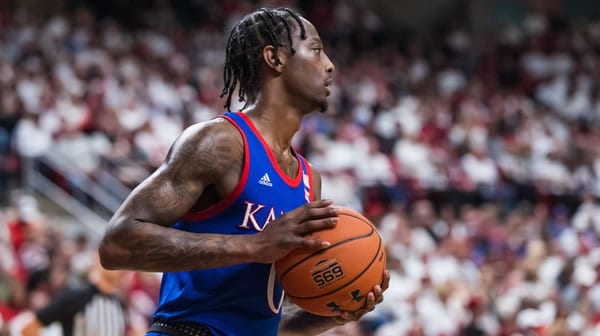 Both teams have already experienced some adversity in the early going, as Kentucky found out what happens if you don’t make shots in a loss to Richmond, while Kansas couldn’t keep up with a Gonzaga squad that looks every bit worthy of being called the best in the nation. Neither one expected that it would start 1-2 (although Kansas had to at least look at it as a possibility, given the high quality of the Jayhawks’ opponents, but one of these proud programs will be in exactly that hole after this meeting.

In recent years, it’s been Kansas getting the better of Kentucky, as the Jayhawks have won three of their past four meetings with the Wildcats. But Kentucky broke through last year at Rupp Arena with an eight-point win, the largest margin of any of the past four meetings. Which side is ready to take on this challenge?

No college team can afford to shoot the way Kentucky did against Richmond and hope to win in this day and age. Not only did the Wildcats shoot just 38 percent from the floor, but the Wildcats took 10 3-point attempts against the Spiders and connected on a grand total of none of them.

The one thing that kept things from getting any worse for Kentucky was the fact that John Calipari has apparently again taught his team how to rebound and rebound it well. The Wildcats squashed the Spiders on the glass by ripping down 54 rebounds, with three Kentucky players in double figures on the boards. Olivier Sarr and Brandon Boston ended up with double-doubles, which both underscores how well Kentucky rebounded and how difficult it’s going to be to get things back on track if the Wildcats can’t figure out how to shoot.

In order to get those double-doubles, Boston and Sarr had to take a combined 33 shots, hitting 13 of them. Neither player came out for more than two minutes, and Calipari ended up playing four players for 35 minutes or more against the Spiders. If he wasn’t willing to go into his bench in a game his team was trying to get control of, that says that he doesn’t trust his reserves to get the job done in a critical situation. Against a team like Kansas, which knows how to play defense well and frustrate its opponents into bad shots, the Wildcats are going to have a rough assignment on their hands if shots aren’t dropping early.

Really, Kansas’ effort against Gonzaga was good enough to beat most teams. It wasn’t good enough to beat Gonzaga because the Bulldogs appear to be national championship worthy this season and played like it in that opening matchup. The more important thing is that Kansas established what it can become: a deep team that can get contributions from anybody. The Jayhawks got just five points out of Marcus Garrett against Saint Joseph’s, but it didn’t matter because Christian Braun pumped in 30.

What that says is that Bill Self can go with the hot hand without worrying that he’s losing anything, which is a pretty nice luxury for a coach to have. Plus, Kansas established that it could rebound against the Hawks, pulling down 51 in a game that was full of chances for both teams. The key for Kansas is going to be its interior defense. Against Gonzaga, the Jayhawks couldn’t keep the Bulldogs from getting good shots, which led to Gonzaga shooting 64.5 percent from the floor. Kentucky doesn’t shoot as well as Gonzaga does, but if Kansas isn’t defending, the Wildcats can easily get hot. With the way Kentucky rebounds, Kansas can’t afford to have the Wildcats get hot.

Pacing and depth. Kansas’ two games have both featured over 120 shots between the two teams, and playing that fast requires a fair amount of depth. Kentucky doesn’t appear to have that kind of depth at this point in the year, which means the Wildcats might have a hard time playing at the pace that the Jayhawks like. If Kentucky is missing shots again, Kansas will be able to run, and there’s every chance that the Jayhawks’ nine-deep roster can wear down the six players that John Calipari counted on against Richmond.

In order for Kentucky to get a result here, the Wildcats will either have to shoot better than they did against Richmond, or get a great effort from their top six players. If Kansas is able to wear Kentucky out, the Jayhawks will have the edge.

The Wildcats can dominate the glass again. Kentucky very rarely loses the battle on the backboards, and we don’t yet know how good Kansas is at rebounding the basketball. The Jayhawks did rip down 51 against Saint Joseph’s, but there were also a ton of rebounds available because the Hawks attempted 37 3-pointers out of 75 shots. That means a lot of long, crazy rebounds, so that stat could be an outlier. The test will be whether Kansas can hang with Kentucky on the glass, and if the rebounding battle is close, it’s difficult to see Kentucky pulling out a win here.

The Jayhawks can clamp down on the Wildcats and force bad shots, mistakes or both. Shooting issues were just one of the problems Kentucky had against Richmond. The other issues were that Kentucky turned the ball over 21 times and shot just 60.6 percent from the free throw line. Kansas has the defensive prowess and experience needed to throw Kentucky off of its game, and the Wildcats are so young that they might get frustrated if things aren’t going their way early.

Both teams have played two games, but Kansas has looked good in both of its contests while Kentucky really showed some problems against Richmond. The Wildcats likely don’t have all of their issues fixed, and Kansas hasn’t really shown any issues to this point. The only problem that Kansas has run into is that Gonzaga is really good. If you’re sportsbook is charging you -110 odds (or more) YOU ARE OVERPAYING! Did you know that there’s a ROCK SOLID sportsbook out there where you only have to risk -105 odds on your football and basketball bets? They offer reduced juice baseball and soccer betting too! Making the switch to reduced juice sports betting will save you a TON of money! Find this great offer at BetAnySports!