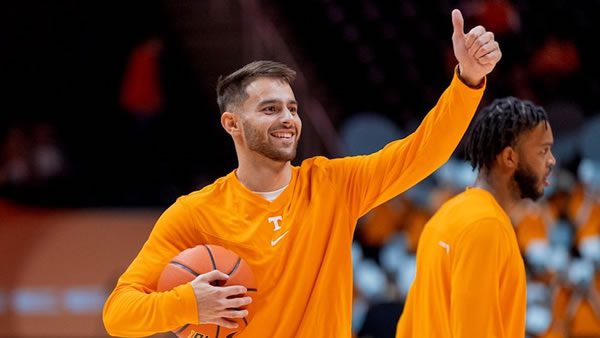 There’s an old saying in the sports world that defense travels, but that hasn’t really been the case for either of these teams. Tennessee has been the ultimate homecourt hero, going 9-0 in Knoxville but just 3-5 anywhere else, as their defense-first strategy hasn’t really worked when they’ve played anywhere else. A week ago, the Volunteers saw just how badly things can go, as Kentucky throttled them and put up 107 points on their vaunted defense.

LSU hasn’t had a moment like that yet, but the Tigers came out on the wrong end of things against Alabama and have now lost consecutive games. LSU has shown that it can get the job done through its outstanding defense, but when the Tigers don’t lock down the opponent, they really don’t have the ability to shoot their way back into a game. The Bayou Bengals have hit 70 points just once in their past six contests, sending the other games all well under the total. The one positive for LSU in that stretch? The one exception was the win over Tennessee in Baton Rouge.

The biggest question for LSU in this game is who is going to get the ball where it needs to go? The Tigers had their man on the point in Xavier Pinson, but with a foot injury sidelining him for this game, LSU has to turn to Plan B. Based on what happened in Tuscaloosa, Plan B might not be pretty. Eric Gaines couldn’t really handle the job against Alabama, notching just two assists against three turnovers. If Gaines couldn’t handle Alabama, things really might get ugly in Knoxville, because Tennessee has made a living on turnovers this year. The Volunteers average double-digit steals, and if the Tigers are having ball control issues, this could be a major problem.

Where LSU thrives is defense. The Volunteers shot just 39 percent against the Tigers’ defense in Baton Rouge, and if LSU can lock down on them again, this becomes the kind of ugly game that the Tigers can win. LSU managed to win by scoring 79 points in the first meeting, but again, that was with Pinson on the floor. With him sidelined, they really don’t want to rely on the offense here.

The talent is there for Tennessee to be great, but the Volunteers have to figure out what kind of team they actually want to be. When the Vols play slow-paced, grind it out games, they become a frustrating team to play against and have pulled off some big wins, including an upset of Arizona. When the Vols try to speed things up, they become a frustrating team to bet on. Tennessee has played at a higher pace in visits to Lexington and Baton Rouge, and neither game turned out even close to well for them.

What Tennessee needs to do is let Santiago Vescovi and Kennedy Chandler take over by pressuring the ball and finding good shots of their own. Both are average shooters, but both are very good at forcing turnovers. With LSU possibly vulnerable without its point guard, this is there for Tennessee as long as the Vols don’t make the same mistake against LSU’s turnover-causing defense. If Tennessee is careful, it will win.

LSU will Cover If: The Tigers can avoid the mistakes that plagued them in Tuscaloosa. LSU only had six assists for the whole game, and Tennessee’s defense will make the Tigers make decisions with the ball, one way or the other. LSU has to make sure they’re making smart passes and not forcing things.

Tennessee will Cover If: The Volunteers can play at their pace and force the LSU offense to try to take over the game. Tennessee has the better offense, and it knows it. Now the Vols just need to play their game and focus on the result.

Tennessee’s number for this one is now sitting at 68.5, and that might be a bit high for how the Vols want to play this one. However, that puts LSU at 63, and that appears far too high for the Tigers’ limitations. Going team total under makes a lot of sense for the Bayou Bengals.

LSU won the first game easily, but without its ball handler on the floor, I think the Bayou Bengals will struggle here. Tennessee plays great turnover defense, and that’s not what LSU needs to be facing right now. This is the wrong matchup at the wrong time for the Tigers, and I think they end up falling short here. Give me the Vols. Bet your LSU/Tennessee pick and ALL of your college hoops picks for FREE this weekend by taking advantage of a 100% REAL CASH bonus on your first deposit of $100 to $1000 at Betnow Sportsbook! It’s the biggest bonus from a legit bookie on the web!