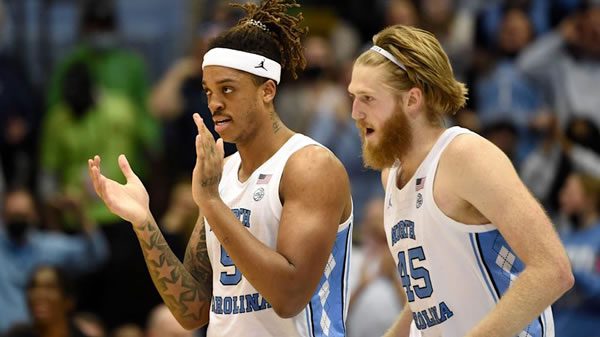 The North Carolina Tar Heels get set to host the Golden Eagles with an overall record of 24-9. On the season, the Tar Heels have performed well in their 11 non-conference games, posting a record of 8-3. For the year, North Carolina played 5 contests at neutral sites, going 1-4. Over their last 5 games, they have played above .500 basketball, holding a record of 4-1

Marquette takes on the Tar Heels holding the advantage in defensive effiency, giving up 67.0 points per 70.0 possessions (NCAA Average) compared to North Carolina at 70.0. When playing as the superior defensive unit, the Golden Eagles have a record of 15-6. Even though North Carolina trails Marquette on the defensive end of the court, they enter this game holding the edge on offense. So far, the Tar Heels are 19-3 with an edge in offensive efficiency. In these games, they hold an average scoring margin of 13.0.

The Golden Eagles come into this game with 34.7% of their overall scoring coming from made three-point shots. This figure places them above the NCAA average. So far, North Carolina has been a more balanced scoring team, with 32.0% of their points coming from beyond the three-point line. In terms of efficiency, North Carolina has been more efficient, connecting at a rate of 36.2%, compared to Marquette at 34.7%.

Sometimes there’s a game and a point spread that is so baffling you can’t figure it out. One thing I’ve learned in all my 30+ years of handicapping games, is that when you see something fishy that doesn’t make sense, PASS! And this is one of those situations. I have no clue who will win, much less cover the spread here so I’m taking the high road and skipping a spread bet. I do think that the total is worthy of a play. The Tar Heels have played decent defense down the stretch, but you can’t say the offense has faltered at times. I think both clubs score below their averages and this game stays UNDER the 152 line. Bet your Marq/UNC pick and ALL your March Madness bets for FREE by taking advantage of a 100% real cash bonus on your first deposit of $100 to $300 at MyBookie Sportsbook when you use bonus code PREDICT100 on their registration page!