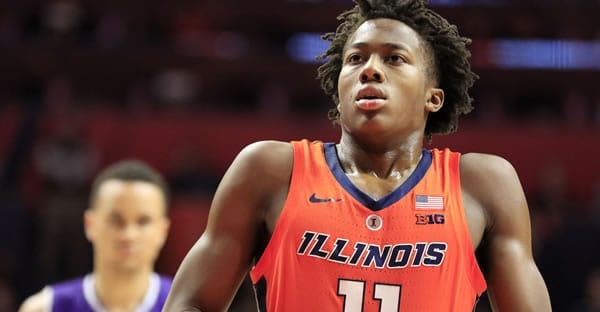 The quicker Miami can forget its trip to Charleston, S.C., the better off it will be. The Lowcountry was anything but kind to the Hurricanes, who couldn’t stop either Florida or Connecticut and got blasted in both games. The simple reality with Miami is that the Hurricanes are not shooting the ball well right now, and if their defense doesn’t provide a strong presence at the other end, they’re going to find themselves on the wrong end of a lot of games.

Miami has failed to break 45 percent from the field in four straight games, and the Hurricanes got away with it against Quinnipiac and Missouri State because their defense locked down on both the Bobcats and the Bears and kept them from shooting any better than 46 percent. But in all three of their losses, the Hurricanes’ opponent has shot better than 50 percent from the field, and none of those three games have been any closer than 13 points. That’s a problem against Illinois, which shoots 51 percent as a team and has shown no qualms about taking advantage of bad defenses.

It wasn’t supposed to take this long for Brad Underwood to turn things around at Illinois. Underwood has won everywhere else he’s been in his career, but success in Champaign has proven elusive to date. This Illinois team appears to be on the right track on offense, but the defense is a question mark given the 90 points that the Illini surrendered at Arizona last month. Illinois has locked down since that game, but the Illini have also been buoyed by facing a rather weak collection of opponents, as Hampton and The Citadel aren’t likely to be anyone’s March Cinderella, and Hawaii’s 6-2 record is even more inflated by bad opposition than the Illini’s.

What does appear to be real is the interior presence of Kofi Cockburn, a 7-footer from Jamaica who has been a man among boys for most of the early going. To date, he’s averaged a double-double with 15.3 points and 12 rebounds per game, and while his numbers did dip against Arizona, he still put together a solid game with nine points and seven boards. If Illinois can keep getting solid production out of Cockburn alongside guard Ayo Dosunmu, it will be in solid shape come Big Ten time.

Rebounds. Can the Hurricanes stand up to the Illini on the glass? Illinois has been excellent on the boards this season because of Cockburn, and although Miami does have a pair of big men that it can use against him in Rodney Miller Jr. and Sam Waardenburg, neither has shown any propensity for rebounding this season. One or both of them has to step up to cut into the Illini’s height advantage, or Illinois will be able to pound away at Miami on the interior.

Miami will Cover if:

The Hurricanes can get sharp shooting out of their guards. Miami is a guard-heavy squad, led by the shooting of Dejan Vasiljevic and Kameron McGusty. Both are reliable shooters and have to start connecting with regularity if they’re going to lead Miami to anything this season. The combined 7-for-17 they shot against Connecticut simply will not do the job.
DEPOSIT $200 AND GET $100 FREE AT THE WEB’S OLDEST AND MOST TRUSTED SPORTSBOOK: INTERTOPS!

The Illini can play the kind of defense that they have against everyone besides Arizona. Illinois struggling at the McKale Center is understandable, as Arizona’s offense has been on another level this year, and the Illini were facing one of the toughest environments in college basketball. They’ve got a friendly crowd at what used to be called Assembly Hall, and that combination could quickly get Miami off its game.

Illinois can play a fair amount of defense when it’s not facing a likely NCAA tournament team, while Miami hasn’t shown that it can stop a good offense. If you look at Ken Pomeroy’s offensive ratings, Florida is ranked 51st and Connecticut 64th. Yet both of them did whatever they wanted against the Hurricanes, who have a middling defense that can’t make up for any struggles the offense might have.

Miami isn’t shooting it well, and Illinois is anxious to prove that it’s better than it showed in Tucson. Throw in that the Illini are at home and have a defense that is statistically better than both Florida and Connecticut, and this seems a straightforward pick. Give me the Illini.