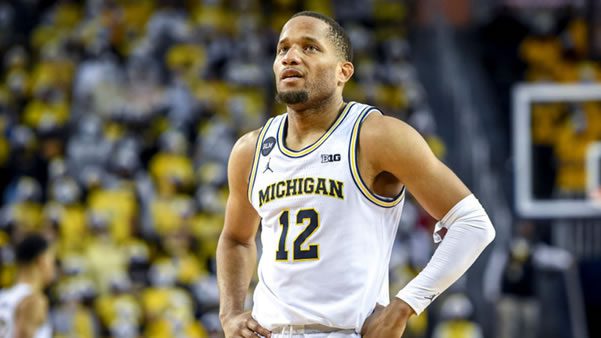 Michigan Michigan has no reported injuries at this time.

Colorado State Colorado St has no reported injuries at this time.

The Michigan Wolverines come into this first-round NCAA matchup with an overall record of 17-14. On the season, the Wolverines have performed well in their 10 non-conference games, posting a record of 6-4. In their past 5 contests, the team has gone just 2-3. This includes dropping their last game Indiana by a score of 74-69.

The Colorado State Rams get set to host the Wolverines with an overall record of 25-5. On the season, the Rams are undefeated in their 10 non-conference games, posting a record of 10-0. Over their last 5 games, they have played above .500 basketball, holding a record of 4-1, with their only loss coming to San Diego State in the Mountain West Conference Tournament.

Colorado State enters this matchup vs Michigan, having played 25 games as the more efficient offense and defensive team. In these contests, they have posted a record of 22-3. Through 30 games, the Rams are averaging 76.0 points per 70.0 possessions (NCAA Average), compared to 74.0 for the Rams. In these situations, Colorado State has an average scoring margin of 9.0 points. On the other side, the Wolverines are 0-1 as the inferior team on both ends of the court. In this only instance, they lost by 18 points.

For the year, the Wolverines are well below the NCAA average in percentage of points from made three-point shots, sitting at just 26.1%. On the other side, the Rams have been a very balanced scoring unit, with 31.2% of their scoring coming from downtown.

The Michigan Wolverines lack one of the most important variables to moving on in March Madness: Defense! They’ve allowed 50% from the field over their last five games and this isn’t likely something that is going to change this late in the season. CSU’s David Roddy is a handful and the Rams play really well as a team. Consider Colorado St. a live underdog and one of the best bets on Thursday’s First Round card!