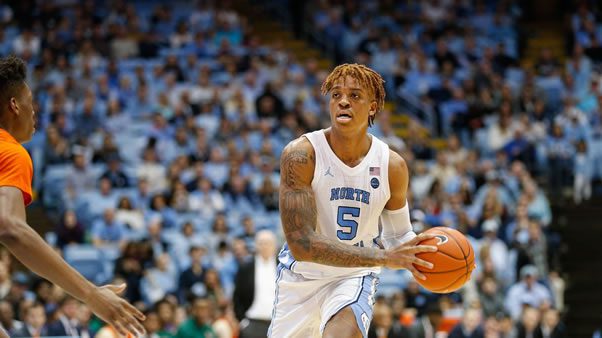 The luster has kind of come off this matchup, as Michigan has struggled to beat good teams to this point in the year, and North Carolina is still trying to decide whether or not it counts as a good team. The Tar Heels couldn’t compete in Connecticut with Purdue or Tennessee, and their best win to date is over Charleston. That said, the Heels are getting contributions from all over the court, so this could be just a case of waiting for the right pieces to fit in place.

Michigan can’t seem to make up its mind whether it’s legit or whether it’s a team in transition, as the Wolverines have taken a pair of losses to Seton Hall and Arizona and haven’t looked all that impressive against the rest of the schedule. Only against overmatched Prairie View have the Wolverines ever really seemed to be in control, which has people rethinking whether Michigan is really a contender in the Big Ten or not. A win here would go a long way toward proving that the preseason hype was justified.

Michigan has the defense figured out to this point, but the Wolverines aren’t hitting from the outside and aren’t taking care of the basketball. Averaging 15 turnovers a game isn’t the way that Michigan likes to play, nor is hitting just 29 percent from outside. Other than Eli Brooks and DeVante’ Jones, nobody is really hitting shots for the Wolverines from deep, which has forced Michigan to rely even more on defense than usual.

The things the Wolverines have done well to this point are the things they always do: defend and rebound. Michigan has won four of its six games so far because the Wolverines have managed to hold teams to one possession per trip. But that can’t last forever because eventually, you run into a team that knows how to hit its shots. Michigan has to start cashing in on its own offensive endeavors if it’s going to succeed.

The one constant of the Heels under Roy Williams was always how well they could rebound, and that hasn’t changed under Hubert Davis. The constant saying in the past was that nobody outrebounds Carolina, and the Tar Heels are once again averaging in the 40s per game on the glass.

They’re also hitting their shots from deep, and they’re not limited to just one contributor in their offense. Out of the first six games, five different players have led the Heels in scoring. So what’s the issue? This team hasn’t figured out how to defend. Carolina ranks 260th in opposing field goal percentage, and other than Purdue and Tennessee, the Heels haven’t faced a bunch of good shooting teams to this point. Michigan shoots it well inside, so the Heels’ defense has to step it up to get a win.

The Wolverines can defend the perimeter well. Michigan is not going to change who and what it is right now, which means it’s not going to outshoot Carolina. In order to win this game, the Wolverines are going to have to keep the Heels away from their shooting spots. Given that Carolina doesn’t favor any one player, that will not be easy, but it’s Michigan’s only realistic path to a win.

The Heels win the battle on the glass and give themselves second chances. Good shots don’t come often against Michigan, and the best way to get them is to give yourself more than one bite at the apple. That’s what Carolina does best, and the Heels’ rebounding abilities have to be on full display here.

With the Heels running and not playing defense, this is not likely to be the typical slow-it-down game that Michigan loves. This is a lot of points for the Wolverines, but they’re likely going to have no choice but to play the Tar Heels’ game.

This is Michigan’s first road teas, and we just saw how well that worked with Duke. The home team is 6-2 so far in the ACC-Big Ten Challenge, and the Heels play the kind of game that can frustrate the Wolverines. I’m not sold on the Wolverines with their shooting issues right now. Give me North Carolina. Bet this week’s basketball picks for FREE by taking advantage of a 100% REAL CASH bonus on you first deposit of $100 to $300 at MyBookie Sportsbook! (Must use bonus code PREDICT100).