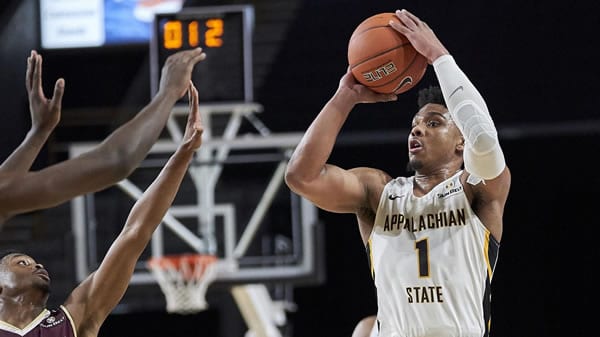 The tournament gets underway with the traditional First Four games, and Norfolk State’s looking to recapture a little magic from 2012. The Spartans are in the tournament for the second time in school history, and they’re the last champion of the MEAC to actually win a game in the main draw, which happened when they statistically pulled the biggest upset in NCAA tournament history by beating Missouri as a 21.5-point underdog.

There’s no Kyle O’Quinn on this squad, and the Spartans are a lot more concerned with besting Appalachian State than they are with possibly taking down Gonzaga, especially considering the MEAC champion has lost in this game three years running. But the Spartans are actually the more experienced team in this matchup because the majority of the Mountaineers weren’t even alive the last time App State qualified. Appalachian State last made the field in 2000, and the Mountaineers have never won a game in the NCAA tournament, losing their first game in both 1979 and 2000. But they did manage to win four games in four days, and their league traditionally puts up some decent showings in March. Can they break through and win a postseason game for the first time in their history?

As is usually the case with a small conference champion, this is an experienced team that’s been here before, as Norfolk State starts three seniors and two juniors. Thanks to the free year and the fact that two of the three most talented teams are leaving the MEAC next year (North Carolina A&T and Florida A&M), you might want to get familiar with this squad because there’s a good chance you’ll be seeing them here next year too.

The reason they’re here is they play excellent defense, and they’ve got a MEAC-level star in junior Joe Bryant, a local kid who played his high school ball four miles from Norfolk State’s campus. Bryant showed what he’s capable of in the MEAC semifinals against North Carolina Central with a 30-point performance, allowing the Spartans to destroy a decent opponent. But Bryant’s scoring would be a bonus, not the way that Norfolk State intends to win. The Spartans are at their best when they play strong defense, and they’ve done it as of late, holding their past six opponents to 69 points or less.

70 is the magic number for this team, as six of Norfolk State’s seven losses saw the opponent top that number. The one exception was North Carolina-Greensboro, a fellow NCAA tournament team that favors a defensive approach. They can score when they have to. Which they did when they dropped 83 on a James Madison team that won the Colonial’s regular-season crown, but they’d much rather play this game in the 60s if they can.

Appalachian State is the classic team that got hot at the right time and won a bid that was never supposed to go to it, landing itself in the First Four. The Sun Belt champions benefited from a very weird schedule that gave them five shots at the league’s most talented team in Georgia State when all was said and done, ensuring zero surprises when they faced off in the Sun Belt title game.

Appalachian State might surprise its opponents, though, because the Mountaineers are a very weird team in that they’re guard-heavy but neither play fast nor shoot the 3-pointer very well. That doesn’t stop them from shooting about 25 a game, but they’ll likely be lucky to hit more than eight. The one Mountaineer who does recognize what he needs to do to win is four-year starter Justin Forrest, who isn’t a great shooter either but makes up for it by taking most of his shots inside the arc and trying to get to the free-throw line as often as possible.

That’s one thing App State does very well: shoot free throws. All five Appalachian State starters shoot at least 70 percent from the stripe, with four of them above 75 percent from the line.

Foul trouble. How well can Norfolk State avoid sending Appalachian State to the line? The downside of the Spartans’ aggressive defense is that they tend to foul a fair amount, as they committed 22 fouls and sent Morgan State to the line 25 times in the MEAC title game. The Spartans got away with it because the Bears only hit 16 of them, but Appalachian State shoots from the stripe a lot better than Morgan State does. If the Spartans keep sending the Mountaineers to the line, they’re in trouble.

Norfolk State will Cover If:

The Spartans can keep up the defense. Norfolk State’s past four opponents have all shot under 41 percent from the floor, and given Appalachian State’s slower pace, each team should only get about 55 looks at the basket. If the Spartans can hold the Mountaineers to 40 percent, this game will be right where they want it.

Appalachian State will Cover If:

The Mountaineers can get themselves to the line early and often. The way to win a low-scoring game is to get as many points as you can with the clock frozen, and the Mountaineers do that incredibly well. App State needs to get at least 20 shots from the line to control this game.

If Joe Bryant takes over the game, Norfolk State will have the advantage, but I think the Spartans’ aggressive defense is going to come back to bite it here. Norfolk State’s been a great bet as of late, covering in seven of its past eight games, but the Spartans aren’t in the MEAC anymore. Appalachian State’s the ideal team to take advantage of Norfolk’s aggression, and I’m going to take the Mountaineers to claim a low-scoring contest. Bet your March Madness picks and ALL your sports picks at -105 odds instead of -110! Making the switch to reduced juice betting will save you THOUSANDS of dollars over the long haul! Anything else is inefficient! Find this killer offer at BetAnySports! 10+ years on our site with ZERO complaints! Register here to start saving loot TODAY!