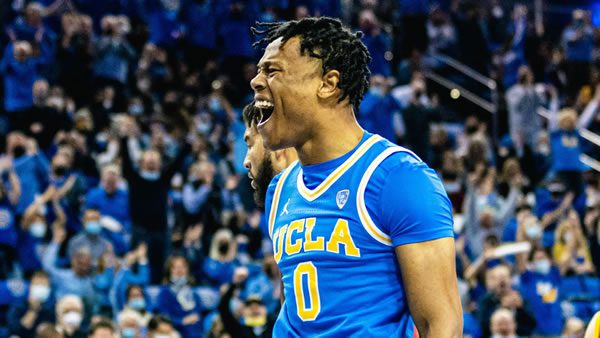 The Bruins have strung together six straight wins after dropping two in Las Vegas to Illinois and Baylor and will take on a UK team that has had a difficult time covering the spread this season. The Oddsmaker has UCLA as a small -1.5 favorite, with the total line on the board at 141.5.

UCLA will be looking for another win, as they most recently defeated Maryland by a score of
87-60. The Bruins also picked up an ATS victory as they were +2 point underdogs. The combined 147
points finished above the 141.5 total line.

Kentucky is coming off a 69-59 win over Yale. However, they did not cover the spread in the
game as -17 point favorites. The combined 128 points did not surpass the 137.5 total line.

UCLA
Over their last five games, UCLA has a straight-up record of 5-0 while going 2-3 vs. the spread.
Over this stretch, the Bruins’ offense averages 80.0 points per game while hitting 52.9% of their
shots from the field. On the defensive end of the floor, they have allowed opponents to shoot
45.5% from the field while allowing 61.2 points per contest.

Kentucky
In their previous five contests, Kentucky is 4-1 straight-up and 1-4 vs. the spread. In these
five games, they have a scoring average of 74.0 points per game on a shooting percentage of
45.0%. Defensively, they allow teams to hit 40.7% of their shots while giving up 62.6 points per
game.

This season, the combined power rating of UCLA’s opponents comes in at 122. On the other side,
Kentucky’s combined opponent power rating sits at 168.

For the season, UCLA is averaging 74.1 points per game (108th) while posting an overall field
goal percentage of 45.1%. In today’s game, they will be matched up against a Kentucky defense
that has allowed an average of 64.1 points per contest. This year, opponents have hit 38.2% of
their shots vs. Kentucky. On the other side, the Kentucky Wildcats are coming into the game
averaging 79.5 points per game on a shooting percentage of 48.4%. The Wildcats will be facing a
defensive unit allowing an average of 63.0 points per contest. So far, teams have hit 43.5% of
their shots vs. the Bruins.

From beyond the arc, UCLA has a shooting percentage of 35.2% while ranking 544th in attempts
per game. The Bruins will be facing a Kentucky defense that has a 3-point field goal shooting
percentage allowed of 32.3%. Kentucky enters the game, having hit 34.9% of their looks from deep
while averaging 6.15 made 3’s per game. On the other end, UCLA has allowed opponents to hit 30.0%
of their shots from beyond the arc.

UCLA hit a rough spot in LV with their only losses on the campaign. My take is that they may have been a little overconfident against Illinois after racing out to 37-28 before collapsing in the second half to fall 79-70. Against Baylor, the lead went back and forth throughout before the Bears prevailed 80-75. Since then, they have rolled with six straight victories, with the smallest margin of victory being nine points over Oregon. Kentucky did get by Michigan by four, 73-69 but failed in their only tests against top competition, losing by 16 to Gonzaga and by 9 to Michigan State in overtime. Take UCLA