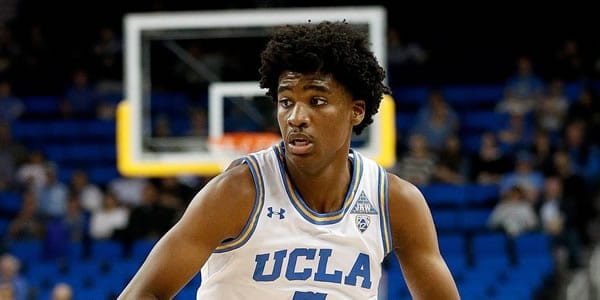 When you shoot 20 percent from the floor, you’re not going to win many basketball games. When you shoot 20 percent AND turn the ball over 21 times, you’ll be lucky to beat a decent high school team. That pretty much sums up USC’s putrid performance at Washington, easily the Trojans’ worst game of the season. Nothing that SC tried worked in Seattle except rebounding, but up until that game, the Trojans had been playing decent basketball, beating a few quality mid-majors, and putting themselves on track for a run at an NIT bid. But the Trojans have got to get more help for freshman Onyeka Okongwu. Okongwu has been the real deal in his debut season, averaging 17.8 points and 9.2 rebounds per game, but his presence has meant regression for Nick Rakocevic, who isn’t shooting as well as he did last year and has seen a slight dip in play during his senior season. If SC is going to make an NIT run — or even challenge for an NCAA bid — it needs more from Rakocevic while keeping Okongwu’s contributions where they currently are.

I can’t figure out the Bruins. On the Washington road trip of the Pac-12, UCLA managed to win the tougher game at Washington, then went across the state to Pullman and got tripped up by Washington State. Truth be told, that result is par for the course for the Bruins, who are perhaps the most inconsistent team in the nation. Through 15 games, UCLA has only had one instance where the same player led the team in scoring in consecutive games, and that was in the third and fourth game when Chris Smith scored 16 on UNLV and 20 on Southern Utah. That’s both good and bad because while UCLA’s opponents have no idea who the points are going to come from, the Bruins also don’t know who they can count on for any given contest. It’s really not a great way to play or coach unless you’re Wisconsin, and quite frankly, UCLA doesn’t play defense anywhere near as well as Wisconsin.

Rivalry time. Any time you get a true rivalry such as this one, it brings out the emotions in the players, coaches, and fan bases. In this case, USC likely has the advantage here because Andy Enfield has coached in this game before and knows what it’s like to face his crosstown rival. Mick Cronin has coached in a crosstown rivalry game before at Cincinnati when the Bearcats would play Xavier, and while that’s one of the best rivalries in the country, the reality is that every rivalry is different. It’s impossible to know what to expect from a USC-UCLA clash until you’ve experienced one for yourself, and that’s before you throw in that Cronin’s team really doesn’t play the way he likes to coach.
DEPOSIT $200 AND GET $100 FREE AT THE WEB’S OLDEST AND MOST TRUSTED SPORTSBOOK: INTERTOPS!

USC will Cover if:

The Trojans can rediscover the shooting touch that never made it to Seattle. USC has to shoot at a reasonable percentage if it’s going to win games, and even something like 35 percent would give the Trojans a real chance against a UCLA squad that doesn’t play great defense. Likely, that means feeding Okongwu and letting him take over the game.

The Bruins can get off to a fast start. UCLA isn’t a very good team, but the doubt is present in USC’s mind after such a lousy performance against Washington. The Bruins need to establish themselves in the first 10 minutes and allow those negative feelings to fester in the minds of the Trojans. If they can force USC to play from behind, UCLA will put itself on the front foot here.

USC has got to cut back on the turnovers, but otherwise, the Trojans are nowhere near as bad as the Bruins appear to be, and they shouldn’t repeat the performance they gave in Seattle. This team is heading in the right direction, and if it’s going to get a postseason bid, it has to be ready to win games like this. The Pac-12 looks very strong this year, and SC has to find wins wherever it can if it’s going to come out of this league. I think this one is a winnable game for the Trojans, and I’ll take them to pull out a victory and cover here. Give me USC.