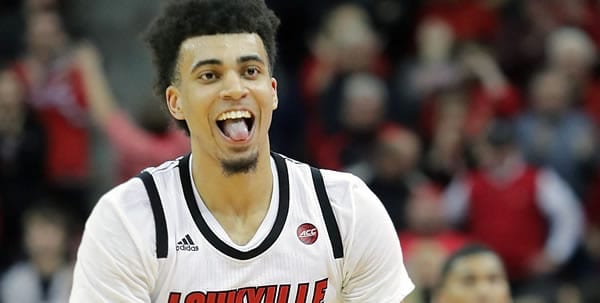 As Wake Forest continues to flounder, Danny Manning remains periodically on the hot seat. There’s a good reason: Wake Forest hasn’t posted a winning record in the ACC or made it to the first round of the NCAA tournament since 2010 (they somehow made the First Four in 2017 and were quickly dismissed by Kansas State). To make matters worse, the Demon Deacons have played on Day 1 in the ACC tournament in every one of Manning’s five seasons in Winston-Salem, meaning that they haven’t finished higher than 10th in the 15-team league.

This year doesn’t look great for the Deacons to change that either, as Brandon Childress doesn’t get nearly enough help from his supporting cast. Olivier Sarr has been a solid presence in the paint, and Chaundee Brown gives a good mix of scoring and rebounding, but there’s a steep drop after that, and only Childress averages more than 28 minutes a game. Teams have been able to slow down the Wake offense too easily, knowing that the Deacons don’t have the ability to keep pace with most opponents. It hasn’t helped that Wake’s defense has struggled all year, making it difficult for the Deacons to keep up on offense.

Really, this is Louisville’s time to finish the job as far as the top seed in the ACC is concerned. The Cardinals’ next six games are all against subpar competition, with four of them at home, so this is when Louisville can make its push for a top-two seed in the NCAA tournament. The Cardinals likely don’t have a strong enough resume to make a case for a No. 1 seed, but they can land a No. 2 and the Midwest regional, which will be held two hours north of their campus in Indianapolis. That’d be a massive benefit for Louisville, and while the Cardinals say that they’re playing for the non-existent ACC regular-season title (and drawing the ire of ACC purists like myself who know the league’s only champion is crowned in the ACC tournament), the tournament has to be on their minds in some form.

What’s had Louisville humming is an offense that’s been firing on all cylinders. The Cardinals went up to Boston College two games ago and hung 86 on the Eagles, and as Duke showed on Tuesday, that’s a lot easier said than done. With a potential player of the year in Jordan Nwora playing like a top scorer, there’s a lot to like about this squad.

Jordan Nwora. He is easily the best player on the floor, and he needs to play like it. Louisville has been getting a lot of help from other sources as of late, which has offset the fact that he’s only scored an average of 10 points a game in wins over N.C. State, Clemson, Georgia Tech and Duke, but the Cardinals need Nwora to be at his best if they’re going to be a special team when it matters. They don’t need his best against Wake, but they do need him to start moving in that direction.

Wake Forest will Cover if:

The Demon Deacons can play the kind of defense they did against Clemson. Wake shot it poorly at home against the Tigers, but it didn’t matter because Clemson was even worse, and Wake did just enough to get a lead and keep the Tigers at bay. That kind of offense won’t work against Louisville, but if Wake can find its offense and play tough defense again, there’s a shot that the Deacons could keep this thing close.

The Cardinals can establish a lead early and knock the Deacons out of the game. Louisville has never had any problems with Wake Forest at the Yum Center, and Wake sports a poor 1-6 mark in true road games this season. A quick run to start the game will likely sap Wake’s confidence and make sure that this game is over before it begins.

16 points is tough, especially after how poorly Duke played on Tuesday at Boston College, but there are a couple of reasons why I’ll eat the chalk here. First, like the Blue Devils, the Cardinals are coming in hot. Duke might have cooled off badly against BC, but the Eagles play defense a lot better than the Demon Deacons do. Second, Wake hasn’t won back-to-back games in the ACC in three years. Of course, that streak has to end sometime, but there’s little reason to think the Deacons have the confidence to stick with the Cardinals. Third, and most important, Louisville is at home. Duke’s poor performance was a direct result of BC punching the Blue Devils in the mouth and getting their fans into the game early, which carried the Eagles to a cover against the high spread.

Wake doesn’t have Joel Coliseum behind it; it’s got to go to the Yum Center, a building that has not been kind to the Deacons in their brief history there. Louisville has the potential to knock Wake out of the game early, and I think that’s what happens. Give me the Cardinals. Bet your NCAA hoops picks for FREE this week by depositing $300 and getting $300 extra credited to your account at MyBookie! This is a real cash discount! Click here to take advantage of this great offer! Must use bonus code PREDICT100.