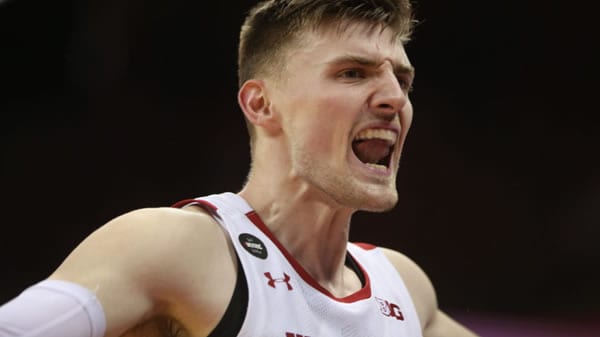 If you like senior leadership, this is the game for you. The Badgers and the Golden Eagles both tend to feature players who stay around for three or even four years, and that’s certainly the case this season. Sixty-six percent of Wisconsin’s points come from seniors, while Marquette gets 64 percent of its scoring from seniors.

In this game, that could be as much of a handicap as it is a boost. Mainly because most of these players have been defending each other for three years now in their annual meeting, and there’s probably very little that they haven’t seen before. There’s nothing flashy about Wisconsin’s slow-paced game, but it’s proven to be very effective. Meanwhile, Marquette will try to push the tempo and avoid making the kind of mistakes that cost it against Oklahoma State.

When the Badgers hit their shots as well as they have in their first three games, it really doesn’t matter how slow they like to play. They’re going to put up points, and they certainly have in their first three contests. That said, it might be wise to avoid reading too much into Wisconsin’s first three games. Green Bay and Arkansas-Pine Bluff are two of the worst defensive teams in the country, which is a big reason why the Badgers shot 55.7 percent against the Phoenix and never trailed against UAPB. What really isn’t sustainable is the play of Nate Reuvers, who’s shooting 71 percent from behind the arc to this point. Once the Badgers face some teams, who can actually defend — Marquette being one of them — that number likely drops.

What is sustainable is that Wisconsin can and will wear out its opponents with its depth. The Badgers have nine players who played 15 minutes or more, and they aren’t going to suffer a drop in play when their reserves are on the court. Wisconsin has really taken care of the basketball this season with just eight turnovers a game, and with the Badgers’ patience, that means every possession is magnified.

Senior leadership certainly wasn’t on display for Marquette against Oklahoma State, as the Golden Eagles gave the game away in an eight-point loss to the Cowboys. Mistakes might have been expected from Oklahoma State, which features seven freshmen and five sophomores on its roster. Yet the Cowboys won the game by winning the turnover battle, as the more experienced Golden Eagles coughed up the ball 24 times.

That’s not going to work against Wisconsin, nor will the Golden Eagles be able to get away with having an assist-to-turnover ratio that’s below 1. To win this game, Marquette has to make sure that its possessions result in either a basket or a rebound. At 46 rebounds a game, the Golden Eagles are well equipped to win a battle on the boards and give themselves a chance at second-chance points. Barring that, they can at least make Wisconsin work for possession and possibly pick up a few fouls.

They can’t give possessions away because the Badgers are too good at punishing their opponents’ mistakes. If Marquette doesn’t take care of the basketball a lot better than it has this season, it’s hard to see how it can win.

DEPOSIT $200 AND GET $200 FREE AT MYBOOKIE SPORTSBOOK! MUST USE BONUS CODE PREDICT100

Contrasting styles. One of the things that comes with playing the same team over the years and having the same roster on your own bench is that you learn how to play the other team’s game. This rivalry takes that to the extreme, because over the past five years, the winning team has usually won by playing the other’s preferred style.

Wisconsin’s two wins over the past five years have been by 93-84 and 77-61, both totals that should have favored Marquette. The Golden Eagles won their past three victories by keeping Wisconsin in the 60s or less, including a 57-55 win in Madison in 2015. You’ve got to go back to 2014, an ugly 49-38 win for Wisconsin in Milwaukee, to find a matchup where the winning team unquestionably won by playing its own brand of basketball.

The Badgers are able to play their style and get the Golden Eagles frustrated. Marquette’s one loss really exposed a serious problem with Steve Wojciechowski’s team: it will make mistakes if things aren’t going its way. Oklahoma State threw Marquette off its game completely by switching to a zone in the second half, and the Cowboys used that momentum to cruise to a comfortable win. Wisconsin is much more experienced at defense than Oklahoma State and has long used that as its calling card, so if the Golden Eagles meltdown again, the Badgers will be in great shape.

Marquette will Cover if:

The Golden Eagles can stay patient and take good shots. Marquette has played Wisconsin’s game and won in the past, and the Golden Eagles have the ability to do it again if they don’t beat themselves the way they did against Oklahoma State. Every shot against Wisconsin is of utmost importance, and if the Golden Eagles can get off to a good start, they’ll have a much easier time staying composed.

I can’t see Marquette bouncing back in this one. The Golden Eagles didn’t look sharp in their first test, and they were the team that got flustered in the face of tough defense in their loss to Oklahoma State. When you play Wisconsin, the one thing that you can’t afford to do is get flustered and let the Badgers throw you off your game.

If the Cowboys were able to do that, though, I don’t see how the Golden Eagles can stop the Badgers from doing the same thing. I’ll take Wisconsin here. Need a bankroll booster? We have negotiated a special 100% bonus up to $1000 at BetNow!  Get it quick! It ends SOON!