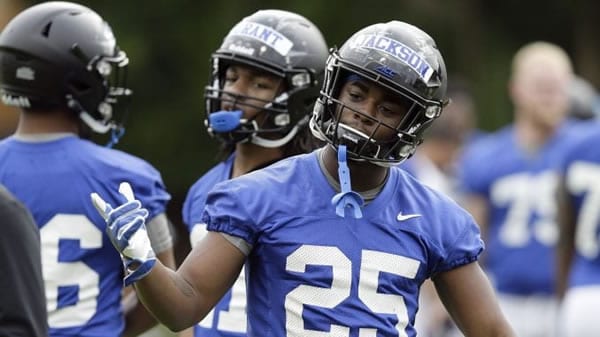 Notre Dame welcomes Duke to South Bend to begin their respective seasons in an opening weekend matchup of what promises to be a bizarre and unique college football season. This will be just the seventh all-time meeting between the teams, with Notre Dame leading the series 4-2, though it was Duke who won the last meeting in South Bend back in 2016 as a 20.5 road underdog.

The Irish ended their 2019 season with a 33-9 Camping World Bowl win against Iowa State and an 11-2 overall record. They reached as high as number seven in the polls, but fell victim to the same thing as always under head coach Brian Kelly, struggling against quality opponents. This time it was with losses against Georgia and Michigan, and the Irish have now dropped nine straight games against top-ten opponents and are just 1-10 in their last eleven games against ranked opponents on the road. The team may be 33-6 under Kelly over the previous three seasons with double-digit wins in each, but all people remember is how you perform when it counts, and until the Irish can consistently matchup against quality competition, they will continue to find themselves stuck in the category of good but not great.

Thankfully for Notre Dame fans, they have Ian Book returning at quarterback, which will help offset an offense that lost a large amount of production from a season ago. Leading running back, Tony Jones is gone, along with their three leading receivers in Chase Claypool, Cole Kmet, and Chris Finke. The trio combined for 150 receptions, 23 touchdowns, and over 2000 yards receiving, and the team will especially miss the talent and skill of Claypool and Kmet, both of whom were drafted in the second round of the NFL Draft back in April.

Who will be Books’ new top targets remains to be seen, with no player returning who had more than 16 receptions a season ago. Juniors Javon McKinley and Avery Davis have the most experience out of the receivers, but they will also be relying on youngsters Braden Lenzy, Jordan Johnson, Lawrence Keys, and Kevin Austin to build back up a position that has been hit hard with departures over the last couple of seasons. For the backfield, the Irish will look toward junior Jafar Armstrong to take over as the lead back, but his role is certainly not set in stone with no returning player having rushed for over 200 yards in 2019. If Armstrong is unable to take advantage of his opportunity, there are a number of underclassmen awaiting their chance, including C’Bo Flemister, Jahmir Smith, and freshman Chris Tyree.

Notre Dame’s defense lost a significant amount of production from a season ago. Julian Okwara, Tony Paige, Khalid Kareem, and Alohi Gilman were all taken in this years’ NFL Draft. Replacing key components to a unit that finished the year ranked 12th in scoring, 18th in yards per game, and 3rd against the pass will certainly not be easy, and the team will rely on their returning strength early to help offset those losses. One of those is the defensive backfield, with senior cornerbacks Nick McCloud and Shaun Crawford along with safeties Isaiah Pryor and Kyle Hamilton expected to help anchor the defense while the front seven gets used to a host of new starters. Thankfully they still have linebackers Jeremiah Owusu-Koramoah and Drew White, who tied for the team lead in tackles in 2019, to provide strength in the middle, and they will look to Myron Tagovailoa-Amosa to lead a group of experienced defensive lineman up front.

After a disappointing 5-7 season that included just one win in their last six games, the Duke Blue Devils and veteran head coach David Cutcliffe will turn to Clemson transfer at quarterback Chase Brice to lead the offense. There is talent surrounding him, but how much so remains to be seen, as Durham hasn’t necessarily been a hotbed of skill position talent in recent years, with just one Duke running back or receiver being drafted in the first two rounds of the NFL Draft in the last 53 years.

Brice’s top options through the air will be senior tight end, Noah Fant, sophomore wide receiver Jalon Calhoun and senior running back Deon Jackson. Fant led the team in receptions last season with 51 while Calhoun topped out at yards with 420 and touchdowns with four. After Fant and Calhoun, the team will look toward inexperienced wideouts Darrell Harding and Jake Bobo to attempt to make a name of themselves and hopefully develop a more productive connection with Brice. With a more talented quarterback, the team will at least have a good chance on improving an offense that finished 94th in scoring, 114th in passing, and 110th in total yards per game.

Running back Deon Jackson is back for his senior season and expected to lead the way for a Duke backfield that now has just two options thanks to season-ending injuries to Marvin Hubbard and Jaylen Coleman. Jackson had 833 total yards rushing and receiving to go along with eight touchdowns in 2019, and with Mataeo Durant providing back up, both should get ample opportunity on the ground with next to nothing behind them on the depth chart.

DEVIL OF A TIME

Unfortunately for Duke, they lost a good amount of talent up front with just one starter back from their front six while losing their top tacklers who accounted for 192 of them last season. They will rely heavily on returning leaders in sacks (Victor Dimukeje) and tackles for loss (Chris Rumph) to lead the way as those around them get used to their new starting roles. Thankfully there is plenty of returning strength to a defensive backfield that helped the team finish 24th nationally in passing defense in 2019. Cornerbacks Josh Blackwell and Leonard Johnson and safeties Marquis Waters and Michael Carter are all back in their starting roles, but the most significant return is that of cornerback Mark Gilbert. A former All-American, Gilbert has not played since early in the 2018 season thanks to a dislocated hip but is now back at full strength and should immediately play a pivotal role in week one in trying to stop Ian Book and the Notre Dame offense.

Duke has struggled of late against top tier competition, going 0-5 both straight up and against the spread in their last five versus ranked opponents with an average loss margin of 29 points per game. They have been a live road dog of late though, putting up a 7-3 mark against the line away from home, and have also found success in general as an underdog, with ten of their last fifteen wins coming in games where they were getting points to start. With a talented quarterback in Brice coming in, there is reason to side with Duke in this game, but I will be backing the Irish to get the win and cover. Notre Dame has won 24 straight games versus unranked teams and has also won 32 in a row when scoring 20 points or more. Against a questionable Duke front, I expect the Irish to score early and often and eventually get a resounding victory to start their season off on the right track toward a possible BCS Playoff berth.

Mike’s Pick to Cover the Point Spread: Notre Dame -19.5. Bet your Notre Dame pick for free by taking advantage of a sweet 100% bonus offer where you deposit $150 and get $150 free at one of the web’s oldest and most trusted bookmakers: Intertops Sportsbook! (Must use bonus code 20NFL150)