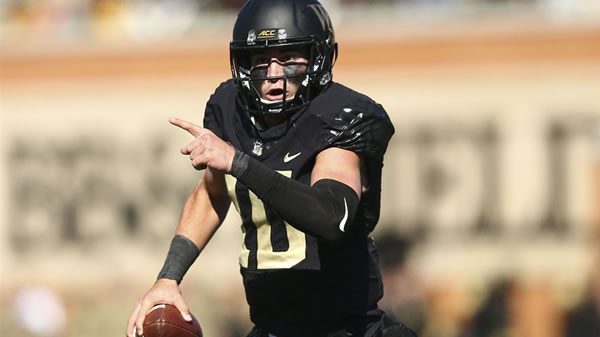 Point Spread: WAKE -1/MIZZU +1 (Make WF a +19 underdog or MO a +21 dog by inserting either into a massive 20 point college football teaser offered at Wagerweb Sportsbook!)

Despite being the smallest school in the Atlantic Coast Conference, the Wake Forest Demon Deacons put together a respectable 7-5 SU 2022 campaign that featured wins over Vanderbilt, Syracuse, and Florida State. As a result, Head Coach Dave Clawson and the Demon Deacons were awarded a 7th straight bowl opportunity making it the longest streak in program history. On Friday, December 23rd, the Wake Forest Demon Deacons will face the Missouri Tigers for the first time in each school’s history when both teams meet at Raymond James Stadium for the Union Home Mortgage Gasparilla Bowl.

The Missouri Tigers are on the heels of a 6-6 SU campaign, which appears to be the norm under Head Coach Eliah Drinkwitz. At times this season, the Tigers appeared as formidable contenders in the SEC. The defense played really well earlier in the season, which nearly allowed for upsets against top-ranked Georgia and Florida. The defense also delivered one of their most complete performances in the upset win over South Carolina. However, Missouri often struggled to move the football this season and averaged just 378 yards per game which was the 3rd worst mark in the SEC. As a result, many people believe this will be a battle between the Wake Forest offense vs. Missouri defense which will determine the outcome of this evenly matched Union Home Mortgage Gasparilla Bowl pairing.

Personally, I have been impressed with the Demon Deacons offense throughout the season. QB Sam Hartman continued to post solid numbers for another season, hitting 63% of his passes for 3,412 yards with 35 touchdowns and 11 picks. As a result, the Demon Deacons’ passing attack has been solid on a weekly basis behind leading receivers A.T. Dotson and Donavan Greene. It will be that same passing attack that Wake Forest will rely upon in this bowl match-up especially given the recent losses of tailbacks Quinton Cooley and Christian Turner, who have recently thrown their names into the transfer portal.

For Missouri, I mentioned earlier that the Tigers’ offense had struggled this season. Those struggles could get worse because leading receiver Dominic Lovett is another critical player that has thrown his hat into the transfer portal. Lovett led the Missouri offense this season with 846 receiving yards and 3 touchdowns. As a result, I will imagine Drinkwitz will use that as an excuse to put even more focus on the sluggish ground attack. However, I’m not sure it will create any advantages from a match-up perspective because Wake Forest has been solid against the run holding enemy rushing attacks to just 137 yards per game.

From a talent standpoint, Wake Forest and Missouri are pretty equal. However, from a match-up standpoint, I believe the Demon Deacons have more paths to victory with QB Sam Hartman. I believe Hartman and the offense will make enough plays down the stretch to get the job done!

Jay’s Pick: Take Wake Forest -1. Bet your college bowl games for FREE by scoring a 100% real cash bonus up to $500 when you use promo code PREDICTEM at Betnow Sportsbook!