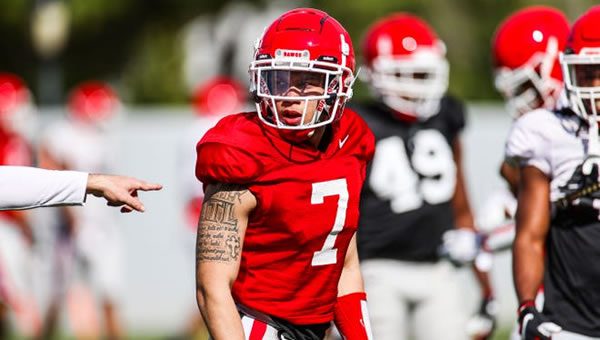 The Georgia Bulldogs are now the near-unanimous number 1 team in college football thanks to Alabama’s upset loss to Texas A&M last week. Even before Alabama’s setback, I have been promoting the Bulldogs as the most complete team in college football and rode them to another easy win last week against Auburn. The problem is that with each impressive victory, the Bulldogs become even bigger favorites which is the case this Saturday when Georgia hosts the undefeated and 11th ranked Kentucky Wildcats between the hedges in Athens. Despite Kentucky’s breakout season, the Bulldogs are overwhelming 22.5 point favorites over the Wildcats.

To put things into perspective, this Saturday’s meeting is more than just an intriguing SEC match-up between unbeatens. Instead, this game has SEC Championship implications written all over it. Both teams are among SEC East division rivals, and the winner of Saturday’s showdown will take a stranglehold of the SEC East. The Wildcats recently knocked off no. 10 Florida and LSU in back-to-back weeks for the first time in school history. As enormous 22.5 point underdogs, it seems Kentucky has a lot of potential at face value. However, the problem is that Kentucky’s strength on offense is running the football and that running game will likely meet a brick wall on Saturday against one of the best defenses in recent memory at the college level.

In many ways, this Kentucky match-up is not too different from Georgia’s opponent last week in Auburn. The Wildcats have a top-notch rushing threat in tailback Chris Rodriguez Jr, who has tallied 759 yards with five touchdowns on the season. In the passing game, QB Will Levis has been decent, but he still makes a lot of mistakes, especially under duress. We saw the Bulldogs completely shut down Auburn QB Bo Nix last week after a brilliant performance against LSU. I think that will be a similar situation against Kentucky’s junior quarterback. As far as running the football against the Bulldogs, good luck!

I don’t mean to sound like a Bulldogs bandwagon fan. In fact, I’m a rival of Georgia as a South Carolina Gamecocks fan. However, I don’t think many people are realizing or respecting what the Bulldogs’ defense has accomplished this season. This team has allowed just 5.5 points per game in the entire season. Before last week’s 34-10 victory over Auburn, Georgia had pitched two straight shutouts over Vanderbilt and no. 8 Arkansas by a combined score of 99-0. What makes those stats even more impressive is that Georgia’s offense is not this over dominating presence.

The Bulldogs have a solid rushing game behind Zamir White, James Cook, and a few young runners. QB Stetson Bennett has been decent, but it is still a game-managing type quarterback. Still, Georgia’s offense is rarely challenged because they are always on the short side of the field, capitalizing off turnovers or simply taking advantage of worn-down defenses due to the Bulldogs’ success on the defensive side of the football. The key to handicapping this match-up on Saturday is determining if there is anything Kentucky can do differently to create scoring opportunities against Georgia’s defense. Personally, I just don’t see many challenges because Kentucky’s offense is not very complex and will be going into the strength of the Bulldogs’ defense.

Jay’s Pick to Cover the Point Spread: Georgia -22.5. Get a 200% bonus and bet this game for FREE! Simply register for an account at Intertops through this special link, deposit $25 and then enter bonus code ROOKIE200 on their special offers page and fifty bucks extra will show up in your account balance! The BEST small bonus from a rock solid online sportsbook!