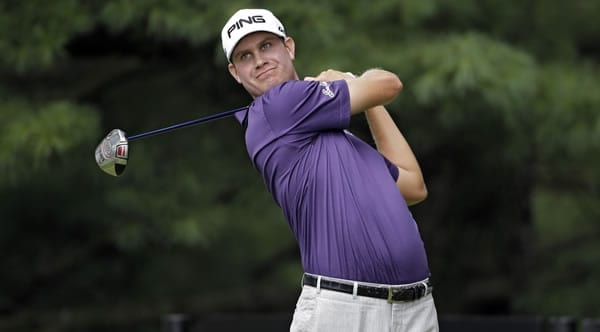 After two remarkable weeks at Jack’s Place, the Tour heads to Minneapolis for the 3M Open. This event made its PGA debut last season and also crowned a first-time Tour winner when Matt Wolff finished one stroke ahead of Bryson DeChambeau and Collin Morikawa. Bovada bettors will find Wolff at 25 to 1 odds to successfully defend his title, but his job will be a bit more difficult this time around with Dustin Johnson and Brooks Koepka leading this field. Tommy Fleetwood will be making his first start since the Tour went on hiatus, and this field is bomber-heavy with Tony Finau, Bubba Watson, and Luke List all in attendance.

TPC Twin Cities will host a regular Tour event for just the second time in its history, but the 7,165 yard, par-72 course is no stranger to championship golf after hosting Champions Tour play since 2001. This course has proven to be friendly to low scores with 54-hole totals in Champions Tour play routinely pushing 20-under before fifteen players carded at least one round of 64 or better during regular Tour play last season. Four different individuals shot the course record of 62 in 2019, including Matt Wolff, and all four rounds saw a player card that total, so watch for some big moves on the weekend. Players making the trip from the Memorial will be very happy to see much more receptive and slower greens than what we saw last week at Muirfield Village. There will be no shortage of birdies at TPC Twin Cities, and this event has a very wide-open feel as nearly every style of play has the chance to go low.

Each week, we take a look at the online betting sites and highlight the best value bets on the board. We make a short, middle, and long odds pick to win and breakdown a couple of head-to-head matches that can be found at just about every golf betting outlet. Odds and pairings for this week can be found at Bovada. Here are our picks to win the 2020 3M Open.

A Sunday 78 eliminated Tony’s chances at the difficult Memorial last week, but his 8th place finish was his best since play resumed. He has been under par in 15-of-18 rounds since play resumed, but Finau has lacked the ability to put four quality rounds together and really max out his spot on the leaderboard. I think he will be in good shape to put in a complete tournament after shooting four rounds in the 60s here last season, and his 11th best tee-to-green performance makes him a factor when the scoring pace picks up. He trends toward the Tour average in many putting stats but is 19th in GIR putting and 10th in birdies as a result. He is a strong player around the greens and is likely the longest driver in the field, so you have a player that has a really nice bookend stat sheet. If he putts like he did early last week, Tony should be on the first page again this weekend.

In my opinion, English one of the players most hurt by the stoppage of play this season as he had already accumulated five top-10s ahead of the Players Championship after failing to notch even one such result last year. He hasn’t been inside the top-10 since play resumed but did reach 15-under par at the RBC in June and finished T13 last week, never shooting worse than 74 at Muirfield while so many were bit by rounds of 75 or worse. He was three-under-par through two rounds here last year to miss the cut, but I’m not worried about that too much, especially as he has only missed two cuts since last July. Harris ranks 26th off the tee and 18th in strokes gained from tee to green to come in as one of the better ball-strikers in this field. He’s 82nd in GIR putting so his birdie average isn’t elite, but he makes very few mistakes, and his scoring average improves to 12th overall. He enters the week ranked 7th in greens hit, and I think that trend continues and will eventually find him within striking distance of the leaders come Sunday.

This is the definition of a longshot as I am calling for Luke to win his first-ever PGA Tour event. He has yet to log a regular Tour win in 162 starts but did notch a Korn Ferry victory last season and fell to Justin Thomas in a playoff at the 2018 Honda, so he has shown the ability to rise through a field. He qualifies as a bomber with a top-25 driving distance and comes in at 31st in overall tee to green performance. He’s a solid scrambler but falls in the back half of the Tour in most putting stats. He will need a hot week on the greens to potentially provide that big payday, but I like that this is a bit softer of a field than what we have seen in the last few weeks. That should allow him a chance to improve on the T10 he logged against a Major-level field at the Memorial.

Picks to win based on the predicted score for all four rounds. Check out MyBookie Sportsbook for single round matches and a variety of prop bets. They’re also now offering Predictem readers a special 100% REAL CASH bonus on your first deposit of $100 to $300. Make your 3M Open picks for free this week! You must use this special link to activate the bonus!

Johnson had been in a bit of a slump ahead of the break, but all seemed rather well after winning the Travelers Championship. He fired back-to-back rounds of 80 to miss the cut last week and finish second to last, so he is firmly back in that toss-up category where he might win, or he might struggle to remain relevant through the week. That is not the kind of player that you want your money on, so Fleetwood is the pick despite the extended break he has been on. Tommy will make just his seventh start of the season this week but did run third at the Honda and ranked ahead of DJ in off-the-tee and tee-to-green stats ahead of the hiatus. Fleetwood is also the better putter in 2020 and has a slightly better scoring average despite trailing DJ in birdies per round. With Johnson lacking a bit of consistency, I will take Tommy as he has been nothing but consistent, ranking no worse than 20th in the world since moving inside the top-20 during the 2016 season.

Defending a championship isn’t often seen on Tour, so while I’m not liking Wolff to win this week, I really like his chances as the underdog in this match. Muirfield provided a ball-striking master class last week, and Wolff turned in a nice T22 while Casey missed the cut. Wolff was the runner-up at the Rocket Mortgage Classic and has generally kept himself in contention with his 6th ranked driving distance and 12th best off-the-tee performance. He should have a comfort level at TPC Twin Cities, and he ranks 89th in strokes gained putting while Casey is 200th in that category, actually losing strokes to the field on average. Casey is the better ball striker overall, but that edge is muted at this relatively easy layout, and I think Wolff is going to bomb away like he did last year and really push a scoring pace into the mid-teens under par. Casey is a fantastic player, but the margins are so thin on Tour that I don’t see him as a natural favorite, especially a large one when anyone can score.