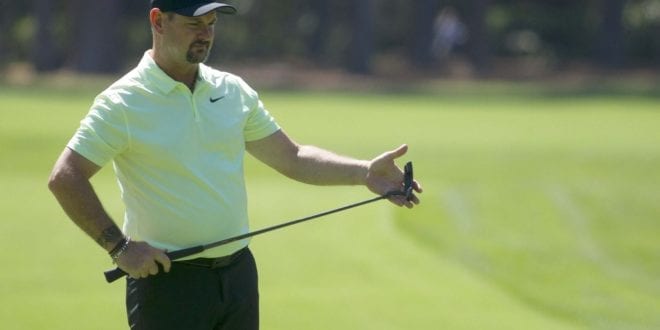 The legacy of Byron Nelson would be larger in the annals of the PGA Tour if he didn’t have to square off against Hogan and Snead for all of his career and he certainly would have more records to his name had he not retired at 34 years old. Some say the weakened fields caused by WWII had a lot to do with his success but whatever the circumstances, few were able to attain the level of dominance displayed by Nelson and he was the first name the PGA attached to an individual tournament. Nelson won this event before he served as host and this Dallas stop has always been synonymous with the biggest names on Tour as Nicklaus, Watson, Price, Mickelson and Woods have all won here. The field is a little weaker in 2019 as the PGA Championship moving to May has many pros already prepping at Bethpage Black but Brooks Koepka, Jordan Spieth and Patrick Reed make for a nice top of the board in any week. The Euro and International set are well represented this week with Henrik Stenson, Hideki Matsuyama and Thomas Pieters among the betting favorites. A lot of vets and young up and comers fill out the field and even Tony Romo will tee it up at his home Trinity Forest Golf Club. If you are interested, Romo is 1000 to 1 to win with most online betting sites setting his first round over/under total at 77.5 strokes.

Don’t let the Trinity Forest name fool you as there isn’t a single tree on the interior of this 7,380 yard, par-71 course. That forest does enclose the course completely but the trees only come into play on a few holes that make up the outer course border. The rest are decidedly links-style with rolling terrain being the dominant feature here. Like it’s overseas inspirations, Trinity Forest has waste areas and tall native grasses waiting to gobble up errant drives. There is a complete lack of level ground on this Ben Crenshaw design and any wind will certainly impact how shots need to be hit. The course debuted as a PGA host just last year with Aaron Wise winning his first Tour title at 23-under par. Even with a relative lack of familiarity, the pros put up a ton of birdies and the course measured as the second-easiest of 2018 in terms of combined birdies and eagles allowed. If you’ve seen enough British Opens, you know that just about any style of play can win on a links course. Players can be wild off the tee as long as their recovery game is on point and the only thing that will get you in trouble here is hitting two bad shots in a row. Expect a lot of birdie looks and the hottest putters will see their names rise to the top of what is supposed to be another score-fest. With a modest field teeing it up, there are a ton of players that could win this week.

Each week, we take a look at the online betting sites and highlight the best values on the board. We make a short, middle and long odds pick to win and breakdown a couple of head-to-head matches that should be available at just about any golf betting outlet. This week’s odds and pairings come courtesy of the board at Bovada.lv. Here are our picks to win the 2019 Byron Nelson Championship.

Say what? 2019 Spieth has not been someone you want to get your money behind but there is just too much talent lying dormant in this man’s body to completely ignore him. The field is weak, he is going to get a ton of native-son love and this course is not going to penalize his current flaws nearly as much as other courses. Spieth was T21 here last year and could have improved on that if not for a third round 71 that stalled his 7-under start. Despite all of his struggles in the ball striking department, Spieth has maintained his putting prowess to a large degree and enters the week just outside the top-25 in birdies per round. His putter ranks in the top-10 on Tour in GIR average, overall average and 1-putt percentage. That is an essential stat this week when players will be able to slash it around a bit provided they can dial it in on the greens. There isn’t much else to hang your hat on with Jordan but the same could have been said about Max Homa last week before he got hot and won. Spieth will wake up from this nightmare at some point, maybe it will be this week. If that is the case, you won’t find him anywhere near 18 to 1 odds again.

Spieth is good value but at 28 to 1, Leishman is tremendous, especially considering he shot the single round record of 61 here last year en route to a solo second place finish. He has only missed on cut on the season and started 2018-19 with a win at the CIMB Classic as part of his total of five top-10’s. He shot no worse than 69 on any day here last season and his well-rounded stat sheet remains a fit for links golf. Marc isn’t coming in with any top-10 shot making stats but he is top-40 across the board, including the key predictors like greens hit, birdies, scoring and scrambling. Certain pins need to be attacked at this course to produce the best looks and Leishman is 39th in approach proximity so he has shown the ability to hit it close. Leishman has the right mix of talent and experience to win the toughest events so taking down a title against a relatively weak field should be a figurative walk in the park.

Rory is a former champion of the Nelson from way back in 2009 and while that win isn’t much of a factor in picking him this week, it is always nice to back a guy that will have some good vibes going just by showing up. Sabbatini is a grizzled vet and he has used that moxie to make the cut in every start since February with a T10 at the RBC just a few weeks ago and a T18 last week that would have been much better if not for an opening round 76. He managed a T13 here last year so he has a decent feel for Trinity Forest and like Leishman, his diverse stat sheet fits the course well. He is between 40th and 60th in predictors like off-the-tee performance, birdies, scoring, scrambling and overall putting average. Those numbers are solid but more impressive considering Rory started the season slow with many of his stats outside the top-100 right after the first of the year. He is a former champ with a positive trend and that usually makes for a good chance to contend.

Picks to win based on predicted score after all four rounds. Check with multiple golf sportsbooks to make sure you are receiving good payout odds. Odds used at the time of publish are from Bovada.

Reed’s win at the 2018 is a dominant mark on his record over the last few years but without it, he isn’t nearly the player he is now in terms of name recognition. Keith Mitchell has only been on Tour for two years has quickly moved up to 56th in the OWGR after winning the 2019 Honda Classic and his record is very comparable to Reed’s over the last few seasons outside of that Green Jacket. Reed will be making his Trinity Forest debut while Mitchell was third here last season and Keith is looking to make it two wins in a row as his T8 got the heads-up win over Reed’s T28 last week. Much of the stat sheet is very similar with these players but Mitchell is 41st in greens hit with Reed back at 141st. That kind of advantage usually plays out over four rounds and while Reed is the better putter, Mitchell is simply Tour average in that category, not a legitimately bad putter. If Mitchell has a good week on the greens as he did here last season, Reed will struggle to find a way to gain strokes against the better tee-to-green player. It should be a close match if both play their typical games but I like Mitchell for a finish around 15th with Reed in the next tier back in the twenties.

The golf sportsbooks always find a way to get some 50-50 bets on the board and this one has that look with Knox at 67th in the world ranks and Ancer at 64th. Both should be motivated to improve on that to get inside the cut the cut lines for WGC events and top-50 is even better with those exemptions. Knox did win this head-to-head last year with a T16 against Ancer’s T42 but I sense a turnaround as Abe is over 100 spots better in overall putting average and his birdies rank 42nd with Knox at 108th. Knox is the more consistent player but that doesn’t always play well in fast scoring environments. Players are going to need birdies in volume to stay relevant this week and Ancer has the edge there as well as in scrambling. There are plenty of tough up-and-down chances around these mounded greens so look for that top-30 recovery game advantage to propel Ancer. There are courses where I would take the other side but Trinity Forest seems more suited to the electric players and that describes Ancer better.