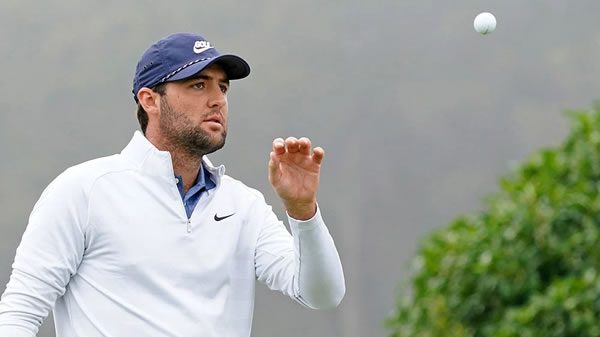 It doesn’t get any better for golf fans and bettors alike than the 150th edition of The Open Championship, AKA the British Open, played this weekend for the 30th time at the home of golf, St. Andrews in Scotland. The best field in professional golf will compete for shares of a $14 million purse and, most importantly, everlasting golf glory.

The Old Course first played host to the Open Championship back in 1873, when a St. Andrews caddie, Tom Kidd, won the tournament. St. Andrews last hosted the Open in 2015, when Zach Johnson beat Louis Oosthuizen and Marc Leishman in a four-hole cumulative playoff to win his second career Major.

What can be said about this St. Andrews golf course itself? Sam Snead once said it looked like a piece of real estate you couldn’t give away. It’s greenish-brown, there are no trees, but there are bunkers you can’t see from the tees. Lots of bunkers. Deep bunkers. Penalizing bunkers. So local knowledge can go a long, long way when choosing clubs, especially when the wind kicks up and playing around the greens. If there be little wind and/or rain, though, St. Andrews can become a pitch-and-putt course, with great emphasis on the putt.

Last year at Royal St. George’s in England, Californian Collin Morikawa shot 67-64-68-66 to win the Open by two shots over Jordan Spieth and four shots over Oosthuizen and Jon Rahm.

For what it’s worth, the lowest-ranked player to win the Open over the last eight tournaments was Irishman Shane Lowry, who won in 2019 at Royal Portrush in Northern Ireland at No. 33 in the World. Over that same span, five of the Open champions came from the World’s top eight players.

Each week we take a look at the online betting sites and highlight what we believe to be some of the best values on the golf betting boards. Odds to win and pairings for this week can be found at Bovada. Here’s our take on some of the field for this week’s Open Championship.

World No. 1 Scheffler is the fifth choice on Bovada’s Open Championship betting board, behind Rory McIlroy (10/1) and Rahm, Spieth, and Schauffele (16/1). Scheffler owns eight top-five finishes this season, including wins at the Phoenix Open, at Bay Hill, and at the Masters. He also just missed the cut at the Scottish Open last week, which is good news in our betting book. We expect a bounce-back effort by Scheffler this week and quite possibly a run at the Claret Jug.

Scheffler is also trying to join Nick Faldo as the only players to win at Augusta National and St. Andrews in the same year.

We’re not exactly going out on a limb backing the World’s No. 1 player, but we’ll take 18/1 and run with it. Bet your British Open predictions for FREE by taking advantage of a 50% real cash bonus at the sportsbook that lets you bet on the tournament LIVE in progress —> Bovada Sportsbook!

Lowry owns nine top-13 finishes over his last 13 tournaments, including a second at the Honda Classic, a T-3 at the Masters, and a T-3 at Harbour Town. He also, as mentioned above, won the Open in 2019 and finished T-12th at last year. Lowry just seems to be one of those guys who contends regularly in Majors, and he obviously knows his way around a links course. At 22/1, we like his chances to contend this week.

This South African is another player who regularly contends at Majors. He won the 2010 Open here at St. Andrews by seven shots, lost in a playoff here in 2015, and owns seven other top-three Major finishes. Oosthuizen doesn’t bomb the ball, but he’s great with his irons and a very good putter. Neither is he flashy, but we won’t be surprised when his name pops up on the first page of the leaderboard on Sunday afternoon. 50 to 1 seems too good to pass up with this guy.

Want more free bets? Deposit $100 to $500 and they’ll match you dollar for dollar when you use bonus code PREDICTEM at Betnow Sportsbook!