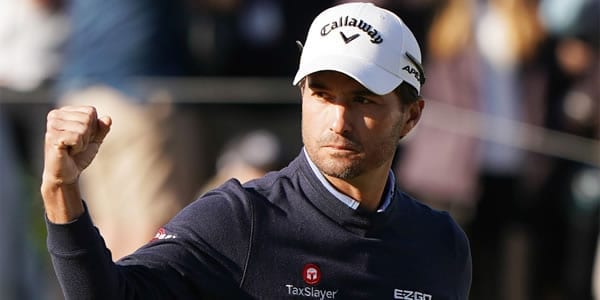 The PGA has been racking up the travel miles lately with events in Korea, Japan, China and Bermuda in just the last month and that trend continues with the Tour headed to Mexico for the Mayakoba Golf Classic. The Presidents Cup in December will finish up the globe-trotting for most players and events return to the U.S. to start the new year with the Tournament of Champions but there is still plenty to play for before we turn the calendars to 2020. The Mayakoba Classic has been a Tour event since 2007 and was originally paired with a WGC event making the Mexico stop a second-tier event. That changed in 2014 and this is now a full-fledged event with standard FedExCup points awarded and all the other standard perks, including invites to the upcoming Majors. Matt Kuchar ended a five year winless streak here last season and is back to defend his title against a strong field that includes Jason Day and Tony Finau. Young guns like Viktor Hovland, Joaquin Niemann and Scottie Scheffler are also out to get their season’s off to a fast start. This is one of the last chances to get some points stashed away before just about everyone starts playing a regular schedule come January and every point earned now is one that doesn’t have to be earned in late August.

El Camaleon is likely one of the more picturesque courses in the Tour rotation and the seaside views will break your heart if you are watching from the many suddenly frigid locations in the Midwest and East Coast. Greg Norman designed this 6,980-yard, par-71 layout to seamlessly transition from a jungle landscape, through wetlands and to the beach before travelling back. Players will be challenged but each event here has hit at least 13-under par as a winning total with Kuchar setting the tournament record last year at 21-under. The online betting sites are preparing for another shootout with the over/under on the winning score sitting at 21.5-under par. Norman knew how to add just enough nuanced difficulty here and it seems like the more patient players have done well compared to the bombers. Charley Hoffman and Graeme McDowell are both champs at El Camaleon and their styles are much more control based than many modern day power players but the bottom line is that anyone wanting to do well here is going to have to putt well all week.

Each week, we take a look at the online betting sites and highlight the best values on the board. We make a short, middle and long odds pick to win and breakdown a couple of head-to-head matches that you can find at just about any golf betting outlet. Odds and pairings for this week come courtesy of the board at Bovada. Here are our picks to win the 2019 Mayakoba Golf Classic.

If you are buying into the low-volatility players with a good putter plan like I am, it is hard to get better than Billy. He finished 21st here last season and had a good run in Asia with a T6 at the ZoZo and a T24 at the HSBC. I like that his scoring average is much better than what his raw birdie numbers would suggest so he is getting every last drop out of his rounds. He finished last season as the 16th best putter in terms of strokes gained and wound up 28th in total strokes gained which is a great indicator that he has no significant weaknesses. The driving distance is average at best but a big tee-ball isn’t a necessity at this course and I will gladly trade the power for the top-end putter. Nothing else jumps off the stat sheet but Horschel is still the 32nd ranked player in the world and that simoply comes from grinding out good results more often than not. This field isn’t especially deep at the top so not having the likes of McIlroy or Koepka gives that next tier of players a much better shot at a win. I will also be betting Horschel to finish in the top 10 which pays +200 odds and can be found at Bovada Sportsbook.

Kisner didn’t have a great Asian Swing but he did get the rust knocked off and can now go to work at a course that should fit his skill set well. Kevin finished last year ranked 15th in fairways and netted the 30th best scoring average with a top-20 putting average. Those are good predictors of success on just about any course but El Camaleon seems to favor the players that can find the fairways and keep the approaches under control. Kisner is one of the shorter hitters in this field but he is also one of the best at limiting mistakes and making the most of the birdies when they come. He was really impressive during his Match Play win last season and while that event is much different from standard stroke play, the fact remains that Kevin is still one of the best grinders on Tour and has more wins ahead of him. Other bets worth wagering include: Kisner to finish in the top 5 at +700, top 10 at +325 and another bet I’ll be making which is to finish in the top 20 at +160 (at Bovada).

Harman fits the mold of those who have done well here in the past and his 2019-20 season is off to a great start with three top-20 finishes in the fall, including a T3 at the Greenbrier. Brian is 11th in strokes-gained on the greens so far and third in total strokes gained. He has a top-5 scoring average and is 6th in scrambling to make for a very complete stat sheet. With solid marks across a diverse set of stats, it makes sense that he has had those quality finishes this fall and that should continue at a course that will not punish his light-hitting ways. He has hit a relatively average amount of greens so far but his putter has more than made up the difference and that could be a key this week as the work on the greens will separate the front page from the rest of the also-rans.

Picks to win based on predicted score for all four rounds. Check with your favorite online betting site for single round pairings and a variety of prop bets.

Day is looking to regain his top form from a few years back but he is still getting it done to a large degree and was able to finish 37 spots ahead of Tony at The ZoZo a few weeks ago. Finau is the longer player of the two but Day hits more fairways and greens while also having the better putter. Tony has the higher ceiling but also the lower floor and I want to stick with a player that is more accustomed to a deliberate approach. Finau is a terrific scrambler and that is an awesome stat to pair with his driving distance but I think Day is still the better player over four days at a course like this.

Ancer got off to a rocky start with a couple of missed cuts in the early fall events but played better in Asia and was T4 at the HSBC. Knox has the better Mayakoba record but he did not tee it up at all in the last month or so and I don’t like betting on players that might be out of the groove. Ancer is going to get plenty of love as a local favorite and he has a top-10 here in four career starts. Ancer not only hits more fairways but is also the longer player so he should have a tremendous advantage off the tee. Knox has the edge in hitting greens but it is again Ancer who is netting more birdies per round despite both players putting at about the same rate. Many of the other stats that help sort out these head-to-heads are close between these players so look for a close match but give the edge to Abe in his home country at a course that fits his game.

Odds to win the 2019 Mayakoba Classic

Bet these odds using your credit card and to receive a generous 50% real cash bonus at BetNow!