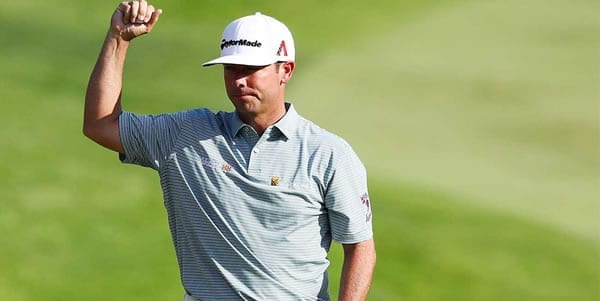 The Sony Open in Hawaii

2020 is off and running, and things started off quite normally at the Tournament of Champions with Justin Thomas winning his 12th career PGA event, his 10th in just the last three seasons. The TOC was a winners-only field, but this week’s Sony Open is the first full-field tournament of the new year and the first official PGA event since the end of November. Matt Kuchar is the defending champion here, and he will tee it up against a strong field that includes Thomas, who is looking for his second Sony crown after setting course records during his 2017 win. Brandt Snedeker, Patrick Reed, and Collin Morikawa are also on the list of notables in the field with eight Presidents Cup participants making the trip to Hawaii.

Waialae Country Club has been a fixture on the Tour since the 1960s so that you will see names like Trevino, Nicklaus, and Crenshaw among the former champions. The course plays at just over 7,000 yards at par-70 and is significantly different from what players saw last week at Kapalua. Even with the notable differences, Kapalua has been good prep for the Sony as 15 of the previous 21 champs here teed it up at the Tournament of Champions before winning here. There are a handful of “tribute” holes here that are heavily influenced by famous holes from around the world, including St. Andrews. Justin Thomas recorded a 59 here in 2017 and also set the tournament record at 27-under par. A quick look at former champs reveals names like Jerry Kelly, Brad Faxon, Zach Johnson, and K.J. Choi. That group of players is not known for their power so that Waialae can be scored upon with an accuracy-first approach and a hot putter. Longer players have done fine here as well, but there is a slight edge to the control guys, at least in terms of avoiding the big mistake.

Each week, we take a look at the online betting sites and highlight the best values on the board. We make a short, middle, and long odds pick to win and breakdown a couple of head-to-head matches that you can find at just about any golf betting outlet. Odds and pairings come courtesy of the board at Bovada. Here are our picks to win the 2020 Sony Open in Hawaii. (See all golfers “Win” odds at very bottom of this article).

It has been a while since Webb has teed it up in stroke play, but a T7 at the Shriners and a T2 at the RSM suggest he is riding some good form from the fall. He finished T4 here last season and had three straight T13 finishes from 2015-18, so he has a good record going at Waialae. Key stats for Webb this week will be his top-20 tee-to-green performance from 2019 and his 5th ranked overall putter. He was 3rd in scoring average last year and 2nd in scrambling to check a lot of the boxes you want when predicting a winning finish. I think there are a few in the field that have a higher ceiling than Simpson, but those players are also more mistake-prone or are at a much lower value, like Justin Thomas at 5 to 1. You can also get Justin Thomas to make the top 5 at +120, top 10 at -175 and top 20 at -350 at Bovada Sportsbook. You get a 50% signup bonus there too!

If you watched the TOC last week, you saw and heard plenty of Niemann as he notched a nice T5 finish. The rising star has made a seamless transition from an amateur player to professional, winning the at The Greenbrier in the fall and making nearly 80% of his cuts as a pro overall. His stat sheet in 2020 is arguably the best on Tour with the 6th best GIR rate, the 2nd best birdie average, and the best scoring mark. He is also #1 in strokes gained-putting and strokes gained-total. If you are unaware of the strokes gained categories, they basically show how much better than the Tour average a player is. Of course, the more strokes gained over the baseline, the better. Niemann is over two strokes better with just the putter and roughly 4.4 strokes better than the baseline in total. Those numbers are nuanced because a made a 30-foot putt for bogey will improve your putting stat, so they are not always a one-for-one comparison, but the bottom line is that Joaquin is riding hot. For more probable bets that still pay well, you can bet Niemann to finish in the top 5 at +700, top 10 at +300 odds, top 20 at +140 (I love this bet!) and you can take a pop at him to be the first round leader at 40/1 at Bovada.

I purposefully looked for a player in the Zach Johnson-mold in the longshot spot, and Reavie fits nicely considering he leads the Tour in fairways hit and is deft with the short iron, entering the week 2nd in approach proximity. He was T3 here last year to make it two top-10 finishes in his previous three Sony starts with a respectable T18 as the other. Reavie sneaks in the top-30 in tee-to-green performance and nets a top-25 scoring average with a solid overall putter that improves to 29th when talking about average on greens in regulation putts.

Picks to win based on predicted score after all four rounds. Check with your favorite online betting site for single round pairings and a variety of prop bets.

There was a significant uptick in matches like this last year, and I made some very easy money at times, simply betting against the big favorites when they were paired against a talented opponent. The basic thought is that there is very little separating players, and week-to-week variances are so hard to predict that blind betting players at even money or better pays off in the long run. I like Kuchar here as the defending champion on a course that has proven to be advantageous to control players. Matsuyama is a terrific talent and owns several small statistical edges over Kuchar that might be leveraged on a different course by not here. Hideki has played Waialae on six occasions and has never done better than T27 with three missed cuts. Kuchar hits more fairways and rarely beats himself. That’s good enough for me, especially at the underdog value. Bet your Sony Open picks for FREE by taking advantage of an exclusive (no joke) 100% REAL CASH bonus where you can deposit $100 to $300 and get a dollar for dollar matching bonus at MyBookie. (Must use link to left and use bonus promo code PREDICT100)

Howell is off to a strong start in 2019-20 with six of seven cuts made, and nearly $900,000 of prize money won. He has two top-ten finishes while Kisner has just one top-25 in five starts. Howell got the heads-up win here last season as Kisner slid to T69, marking his worst finish at Waialae in years. Kisner is the better player in terms of finding the fairway, but Howell rallies to hit more greens, and the rest of their stat sheets trade minor advantages here and there to eventually wind up with a nearly identical scoring average. I like Howell based on his better performance in the fall overall, and I think that is a sign that he is as on top of his game as he has been in several seasons.

Find all these betting odds and more at 5Dimes Sportsbook!