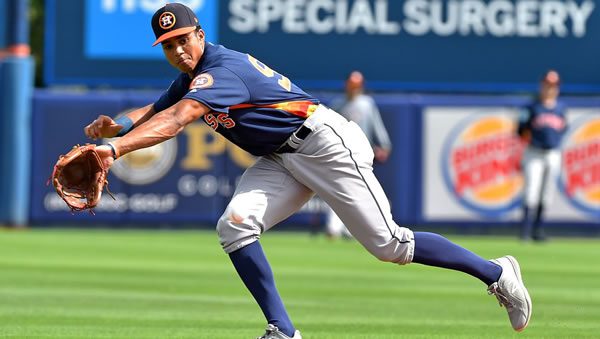 The Seattle Mariners host the Houston Astros on Saturday, July 23rd at T-Mobile Park. The first pitch in this matchup is scheduled for 04:10 ET. The MLB Odds Board places Houston as the favorite (-135), with an OU line set at 7.0.

Heading into today’s game, Houston will be looking to tack on another win after taking down the Mariners by the score of 5-2. On their way to the victory, the pitching staff gave up 2 runs on 7 hits. The Astros lineup had a good night at the plate, coming up with 10 hits, leading to 5 runs. Heading into their last game, Houston was the betting favorite at -125.0. So far, the team has been the favorite in 78 of their games, winning at a rate of 69.0%. Together, the Astros and Mariners stayed below the over-under line set at 8.5 runs. With this result, Houston’s over-under record dropped even further, moving to just 33-58-3.

The Astros are looking to continue adding wins, as they are 4-1 over their last 5 games. Over this stretch, the team has a positive run differential at +10. In their last 5 contests, Houston is averaging 4.6 runs per game, right in line with their season average of 4.45. So far, Houston has won over half of their 32 series played, going 21-9-2.

Seattle is coming off a 3-run loss to the Astros. Dropping the game 5-2. In the game, the team’s pitching staff allowed a total of 10 hits, leading to 5 runs. With their 7 hits, the Mariners could only plate 2 runners. Leading into Seattle’s loss, they were the underdogs, getting 105.0 on the moneyline. So far, the team has gone into 46 games as the underdog, still finding the win column at a rate of 43.0%. With this result, the Mariners and Astros combined to fall below the over-under line of 8.5 runs. Now, Seattle had an over-under record of 44-48-2.

In their last 5 games, the Mariners have put together a record of 4-1. Their recent success is backed by an average scoring margin of +8 (last 5). Seattle is still playing winning baseball, even with their offense averaging just 5.0 runs per game, compared to a season-long mark of 4.12. On the season, Seattle has won more than half of their series, going 16-13-1.

In today’s game, Seattle turns to starter Logan Gilbert. For the year, he has a record of 10-3. Heading into the game, Gilbert has appeared in 19 contests, posting an ERA of just 2.84. On average, he pitches 5.84 innings per appearance. In his previous outings, right-hander opponents are hitting 0.235 off the right-hander. Opposing batters are hitting for power at a below-average rate against Gilbert, as he is allowing just 0.97 per 9 innings. On the season, Logan Gilbert has had no problem racking up strikeouts, posting a strikeout percentage of 23.0%. This has led to an average of 5.47 K’s per game. For the season, he has struggled with command averaging 2.35 walks per outing.

Today’s matchup between the Houston Astros and Seattle Mariners will be their 14th meeting of the season. Houston has the lead in the series at 7-6. Through 13 games, the series’ over-under record is 5-8, with the average run total sitting at 9.37 runs per game. The averge scoring margin in these meetings is 4.23 runs. Last season, Houston picked up the series win, 11 games to 8. In these 19 meetings, the two teams combined for an over-under record of 11-7. Last year, the Astros and Mariners averaged 9.37 runs per game. The average scoring differential in this series was 3.79 runs per game.

Heading into Saturday’s American League matchup between Houston and Seattle, the Astros have the slight edge on the moneyline. Even though Logan Gilbert is 2-0 vs Houston this year, he was fortunate enough to avoid a face off with Justin Verlander. I recommend taking Houston on the moneyline in Seattle.