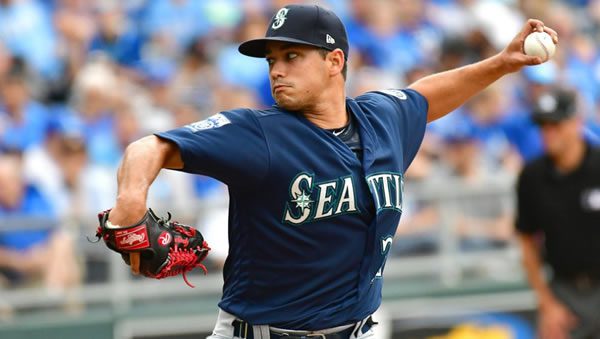 The Seattle Mariners host the Atlanta Braves on Saturday September 11th at T-Mobile Park. The first pitch in this matchup is scheduled for 04:10 ET. The MLB Odds Board places Atlanta as the favorite (-122), with an OU line set at 8.5.

Atlanta heads into today’s action, looking to rebound from a 3-1 loss to the Mariners. Even in the loss, the pitching staff gave up just 3 runs while allowing 6 hits. With their 3 hits, the Braves could only muster 1 run. This defeat came despite being favored at -121.0. Through 117 games as the favorite, the team has found the win column at a rate of 70.0%. Together, the Braves and Seattle stayed below the over-under line set at 7.0 runs. However, for the season, Atlanta still has an overall over-under record of 71-60-8.

The Braves come into this game with a 4-1 record over their last 5 contests. During this time, they have an average scoring differential of +11. Offensively, the team has put up 31 runs in their last 5 games. Atlanta’s season average comes in at 4.96 (2nd. So far, Atlanta has won over half of their 44 series played, going 24-13-7.

Seattle will look to keep things rolling in today’s game, as they most recently took down Braves by 2 runs 3-1. In the winning effort, the team’s pitchers held the Braves to 1 run and 3 hits. With their 6 hits, the Mariners could only muster 3 runs. This was a good win for the Mariners, as they were underdogs at 111.0 on the moneyline. So far, the team has gone into 65 games as the underdog, still finding the win column at a rate of 45.0%. With this result, the Mariners and Braves combined to fall below the over-under line of 7.0 runs. This result comes as no surprise, as the team’s over-under record is just 64-68-7.

The Mariners come into today’s game looking to turn things around, as they are just 2-3 over their last 5 games. This recent slump is backed by a scoring margin of -1 over their last 5 games. In their 5 most recent contests, the team is scoring at a rate (3.6), similar to their season-long average of 4.18. On the season, Seattle has won more than half of their series, going 23-17-4.

The Atlanta Braves will send Jake Odorizzi to the mound with an overall record of 4-3. To date, Odorizzi has an ERA of 3.75 while lasting an average of 5.0 innings per appearance. Odorizzi comes into the game with a batting average allowed of 0.23. This season, Odorizzi has been able to avoid giving up home runs, allowing just 0.75 per 9 innings. This season, he has struck out 19.0 of the batters he has faced. This has led to a per-game average of 3.83. Throughout the season, Odorizzi has avoided walking batters, allowing just 2.55 per contest.

Marco Gonzales gets the start for the Mariners, with an overall record of 10-13. Gonzales gets the start with an ERA of 3.98. On average, he has lasted 5.67 innings per appearance. Compared to other starters, the right-hander has a high BA allowed of 0.272. Home runs have been an issue for Gonzales, as he is allowing an average of 1.35 per 9 innings pitched. In terms of strikeouts, Marco Gonzales has a strong K% of 13.0%, including a per-game average of 3.07. For the season, he has struggled with command averaging 2.64 walks per outing.

Heading into Sunday’s interleague matchup between Atlanta and Seattle, the Braves have the slight edge on the moneyline. So far, each team has picked up the win in the series. Look for Atlanta to bounce back from scoring just 1 run in last night’s game to pick up the win.