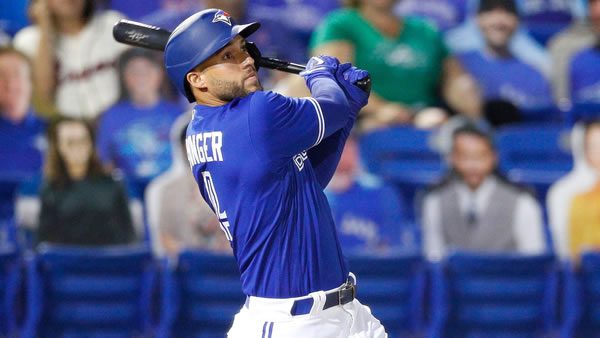 The Pittsburgh Pirates host the Toronto Blue Jays on Friday September 2nd at PNC Park. The first pitch in this matchup is scheduled for 06:35 ET. The MLB Odds Board places Toronto as the favorite (-240), with an OU line set at 8.0.

The Blue Jays come into this game having suffered a 7-5 loss to the Chi Cubs. In the loss, Toronto’s pitchers gave up 7 runs on 10 hits. The Blue Jays ended the game with 7 hits of their own, leading to 5 runs. Blue Jays suffered the loss, despite being favored at -220.0. So far, the team has been the favorite in 108 of their games, winning at a rate of 56%. Together, the Blue Jays and Chicago Cubs combined to surpass the over-under betting line set at 9.5 runs. This result is part of a larger trend, as Toronto has had the over hit in more than half of their games (66-60-3).

Over the Blue Jays’ last 5 contests, they have a record of just 2-3. This mark has come on an average run margin of just -6. A key reason for Toronto’s recent struggles is an offense averaging just 3.6 runs per game over their last 5 contests, compared to a season average of 4.65. So far, Toronto has won over half of their 41 series played, going 20-15-6.

Pittsburgh is coming off a 5-run loss to the Brewers. Dropping the game 6-1. On their way to giving up 6 runs, the Pirates staff allowed 8 hits. The Pirates’ offense ended the game with just 1 run on 5 hits. This loss came as no surprise, as Pittsburgh went into the game as the underdog, getting 230.0. So far, the team has gone into 109 games as the underdog, still finding the win column at a rate of 34.0%. Combined, the Pirates and Brewers’ run total fell below the over-under line of 8.5 runs. This result comes as no surprise, as the team’s over-under record is just 58-63-9.

The Pirates come into today’s game looking to turn things around, as they are just 2-3 over their last 5 games. This recent slump is backed by a scoring margin of -6 over their last 5 games. Even with their recent struggles, the offense has been steady, averaging 3.0 runs per game. This is right in line with their season average of 3.56. Pittsburgh has a below .500 series record of just 9-26-7.

The Toronto Blue Jays will send Alek Manoah to the mound with an overall record of 12-7. Through 25 appearances, Manoah has an ERA of just 2.6 while averaging 6.21 innings per appearance. Hits have been hard to come by against the right-hander, as his batting average allowed is just 0.212. In addition, to his strong BA allowed, he has been able to limit power, allowing just 0.81 home runs allowed per 9 innings. Per game, Alek Manoah is averaging 5.88, on a strikeout percentage of 23.0%. In his previous outings, walks have been an issue, as Manoah is averaging 2.25 free passes per outing.

For the Pirates, Johan Oviedo gets the start with a record of 2-1 and a 3.20 ERA. This will be Oviedo’s first outing for the Pirates after making 14 appearances for the Cardinals. So far, he has made just 1 start and has an overall WHIP of 1.30.

Today’s game between the Toronto Blue Jays and Pittsburgh Pirates is their first matchup of the year.

More Picks: Get our Athletics vs. Orioles Best Bet 9/2/22

Heading into Friday’s interleague matchup between Toronto and Pittsburgh, the Blue Jays are the heavy favorite on the moneyline. After going through a rough patch on the mound, Alek Manoah has given up just 1 run in each of his past 2 outings. On the other side, Pittsburgh will likely have to go to the pen early, as Johan Oviedo has almost exclusively worked out of the bullpen this year. I like Toronto on the runline.

Free MLB Pick: Blue Jays Runline. Football betting is here! Have more to wager with by taking advantage of the best sportsbook bonus running, a 125% real cash bonus up to $400 in FREE bets! Simply sign up for a betting account at GTBets through this special link and use bonus code PREDICTEM. This bookie also offers a FREE half point every time you bet your favorite NFL, college football, NBA and college basketball team! Lastly, they have a sweet player rewards program that earns you free bets!