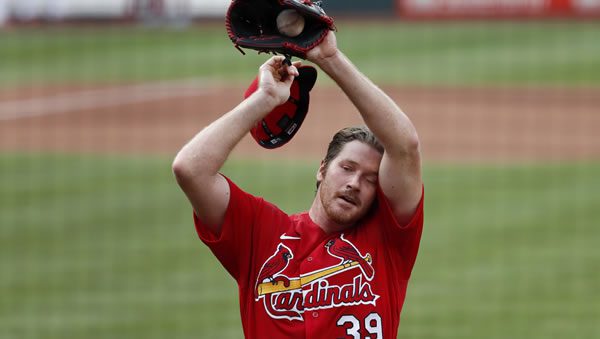 The St. Louis Cardinals host the Cincinnati Reds on Saturday, July 16th at Busch Stadium. The first pitch in this matchup is scheduled for 02:15 ET. The MLB Odds Board places St. Louis as the favorite (-170), with an OU line set at 8.5.

The Reds come into this matchup having suffered a 4 run loss to the Cardinals (7-3). In the loss, Cincinnati’s pitchers gave up 7 runs on 8 hits. Offensively, they finished with just 3 runs on 10 hits. Cincinnati’s loss came as the underdog, getting 126.0 on the moneyline. Together, the Reds and Cardinals combined to surpass the over-under betting line set at 8.5 runs. So far, Cincinnati has an above .500 over-under record of 49-40-1.

The St. Louis Cardinals are coming off a big win over the Reds by a score of 7-3. In the winning effort, the team’s pitchers held the Reds to 3 runs and 10 hits. In the victory, the Cardinals came up with 8 hits and 7 runs. Heading into action, St. Louis was the favorite at -150.0. So far, the team has won 67.0% of the games in which they were favored. The Cardinals and Reds went over the run total line set at 8.5 runs. So far, St. Louis has an over-under record of just 43-46-4.

In their last 5 games, the Cardinals have put together a record of 3-2. During this time, the team’s run differential sits at +5. St. Louis has benefited from strong pitching, as their offense has slipped in their last 5 games, averaging just 5.2 runs per game. Their overall average sits at 4.52. On the season, St. Louis has won more than half of their series, going 13-9-7.

The Cincinnati Reds will send Nick Lodolo to the mound with an overall record of 2-2. To date, Lodolo has an ERA of 4.44 while lasting an average of 4.82 innings per appearance. Opposing teams have hit the ball well against the left-hander, with a batting average of 0.297. Opposing batters have been able to drive the ball with power against Lodolo, averaging 1.49 homers per 9 innings pitched. Up to this point, Lodolo has a strikeout percentage of just 28.99% and a per game average of 6.6. Leading into the game, he has shown a strong command of his pitches, averaging just 3.33 walks per contest.

The St. Louis Cardinals will send Miles Mikolas to the mound with an overall record of 6-7. Through 18 appearances, Mikolas has an ERA of just 2.62 while averaging 6.28 innings per appearance. So far, batters are hitting just 0.213 against him. Mikolas is giving up home runs at a rate similar to the league average, allowing 0.95 per 9 innings. Per game, Miles Mikolas is averaging 4.89, on a strikeout percentage of 20.0%. Command has been a problem for Mikolas, as he is giving up 1.75 walks per outing.

Today’s matchup between the Cincinnati Reds and St. Louis Cardinals will be their 8th meeting of the season. Currently, St. Louis is winning the season series 5-2. Through 7 games, the series’ over-under record is 3-4, with the average run total sitting at 9.53 runs per game. In these matchups, the average scoring differential sits at 2.57 runs. Going back to last year, Cincinnati won the season series, 10 games to 9. The over-under record in last year’s matchups was 11-7, with the average run total being 9.53 runs per game. On average, the winning team won by a margin of 3.11 runs per contest.

Heading into Saturday’s NL Central matchup between Cincinnati and St. Louis, the Cardinals are the favorite on the moneyline. Even though the Reds have been playing well of late, I don’t see them generating enough runs against Miles Mikolas to pull off the win. Heading into the game. Mikolas has a WHIP of just .98. On the other side, Nick Lodolo is putting base runners on at a high rate, with a WHIP at 1.60. I like the Cardinals to cover the runline.

Free MLB Pick: Cardinals -1.5 Runline. Note: Football is coming! Be sure to bookmark our NFL Picks page and check back weekly for game previews and predictions for every single game of the 2022-23 season!