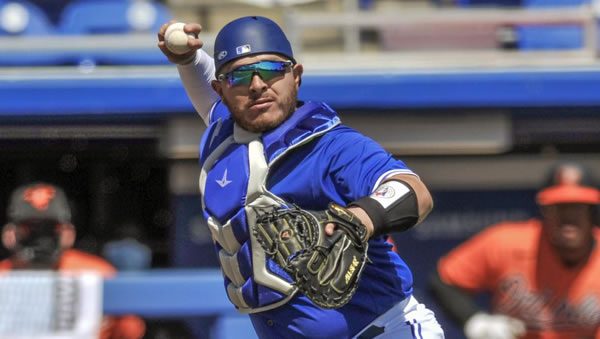 Total Line: 9.0 (Find Dimeline Sportsbooks >>> Anything less is a waste of money!)

The Baltimore Orioles host the Toronto Blue Jays on Wednesday August 10th, at Oriole Park at Camden Yards. The first pitch in this matchup is scheduled for 07:05 ET. The MLB Odds Board places Toronto as the favorite (-140), with an OU line set at 9.0.

In their last game, the Blue Jays suffered a 1 run loss to the Orioles by a score of 6-5. In the loss, Toronto’s pitchers gave up 6 runs on 12 hits. On offense, the Blue Jays’ 9 hits and 5 runs ended up not being enough to pull out the win. Blue Jays suffered the loss, despite being favored at -175.0. Through 91 games as the favorite, the team has found the win column at a rate of 56.9%. With the over-under line set at 8.5 runs, the Blue Jays and Orioles combined to go over this total. This result is part of a larger trend, as Toronto has had the over has hit in more than half of their games (58-51-1).

After their 5 most recent games, the Blue Jays have gone just 1-4. In this rough stretch of games, the team’s run differential comes in at -8. On offense, Toronto’s offense has experienced a dip in production, averaging 4.0 runs per game over their last 5 contests. So far, Toronto has won over half of their 35 series played, going 17-12-6.

In their last game, the Orioles picked up a close win over the Blue Jays by a score of 6-5. Baltimore’s pitching staff gave up 9 hits, leading to 5 Blue Jays runs. Offensively, they finished with 6 runs on 12 hits. Despite being the underdogs, getting 145.0 on the moneyline, the Orioles still picked up the win. So far, the team has gone into 86 games as the underdog, still finding the win column at a rate of 50.0%. In terms of the over-under, the Orioles and Blue Jays combined to surpass the line of 8.5 runs. So far, Baltimore has an over-under record of just 52-53-5.

In their last 5 games, the Orioles have put together a record of 4-1. Their recent success is backed by an average scoring margin of +1 (last 5). Baltimore has benefited from strong pitching, as their offense has slipped in their last 5 games, averaging just 4.2 runs per game. Their overall average sits at 4.25. On the season, Baltimore has won more than half of their series, going 17-14-4.

Toronto will roll with José Berríos (8-4) as their starter. So far, Berríos has put together an ERA of 5.19. In his appearances leading up to today, he has lasted an average of 5.36 innings. Compared to other starters, the right-hander has a high BA allowed, currently sitting at 0.275. Opposing batters have been able to drive the ball with power against Berríos, averaging 1.83 homers per 9 innings pitched. On the season, José Berríos has had no problem racking up strikeouts, posting a strikeout percentage of 21.0%. This includes a per game average of 4.86 K’s per game. Command has been a problem for Berríos, as he is giving up 2.21 walks per outing.

Baltimore will roll with Dean Kremer (4-3) as their starter. So far, Kremer has put together an ERA of 3.43. In his appearances leading up to today, he has lasted an average of 5.2 innings. Teams have been able to rack up runs against him, as he has a batting average allowed of 0.279. Throughout the season, Kremer has done a good job at limiting home runs, allowing 0.94 per 9 innings. Kremer is in the bottom half of the league in strikeouts, averaging just 3.91 K’s per game. This includes a strikeout percentage of 18.0%. Throughout the season, Kremer has avoided walking batters, allowing just 2.18 per contest.

Today’s matchup between the Toronto Blue Jays and Baltimore Orioles will be their 7th meeting of the season. Baltimore holds the edge in the series at 4-2. The over-under record in this series sits at 6-0. The average run total in these games is 12.47 runs per game. In these matchups, the average scoring differential sits at 4.0 runs. Going back to last year, Toronto won the season series, 14 games to 5. In these 19 meetings, the two teams combined for an over-under record of 11-5. Last year, the Blue Jays and Orioles averaged 12.47 runs per game. The average scoring differential in this series was 5.11 runs per game.

More Picks: Get our St. Louis at Colorado recommended bet for 8/10/22

Even though the Baltimore Orioles have 7 wins over their past 10 games, they are still the underdog vs Toronto. In his last outing, Dean Kremer helped Baltimore pull out a 1-0 win, as he threw 6 1/3 innings of scoreless ball. Look for the Orioles to come out on top, as Jose Berrios is coming off one of his worst outings of the season.

Free MLB Pick: Orioles Moneyline. Football is coming! Double your bankroll without even placing a bet by taking advantage of a 125% real cash bonus when you use bonus promo code PREDICTEM at GTBets Sportsbook! They also give you a free half point every time you bet your favorite teams!