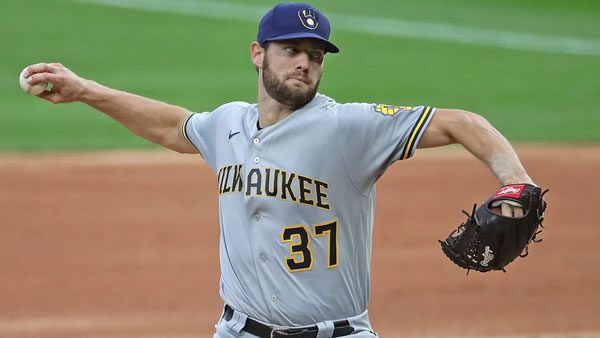 The St. Louis Cardinals host the Milwaukee Brewers on Saturday, May 28th at Busch Stadium. The first pitch in this matchup is scheduled for 02:15 ET. The MLB Odds Board places St. Louis as the favorite (-110), with an OU line set at 8.5.

In Milwaukee’s last game, they fell to St. Louis by a score of 4-2. On their way to giving up 4 runs, the Brewers staff allowed 5 hits. With their 8 hits, the Brewers could only muster 2 runs. This defeat came despite being favored at -138.0. Through 40 games as the favorite, the team has found the win column at a rate of 62.0%. Combined, the Brewers and St. Louis fell short of the over-under betting line of 7.5 runs. With this result, Milwaukee’s over-under record dropped even further, moving to just 19-24-3.

The Brewers come into this game with a 3-2 record of their last 5 contests. During this time, they have an average scoring differential 2. Milwaukee has put together this record, despite averaging just 2.8 runs per game, compared to their season average of 4.50. So far, Milwaukee has won over half of their 16 series played, going 10-4-2.

St. Louis will look to keep things rolling in today’s game, as they most recently took down Brewers by 2 runs 4-2. In the win, the pitching staff allowed just 2 runs on hits 8 hits. The Cardinals’ offense ended the game with 4 runs on 5 hits. Despite being the underdogs, getting 128.0 on the moneyline, the Cardinals still picked up the win. So far, the team has gone into 20 games as the underdog, still finding the win column at a rate of 45.0%. With this result, the Cardinals and the Brewers combined to fall below the over-under line of 7.5 runs. Even still, St. Louis games have still gone over the betting total over half of the time, at (22-21-2).

Across their last 5 contests, the Cardinals are above .500, going 3-2. Their recent success is backed by an average scoring margin of 12 (last 5). The Cardinals’ offense has elevated their play over their last 5 games, averaging 6.6 runs per game, compared to their season average of 4.78. On the season, St. Louis has won more than half of their series, going 7-3-5.

Milwaukee will roll with Adrian Houser (3-4) as their starter. In his previous outings, Houser is lasting an average of 5.26 innings, putting together an ERA of just 2.98. So far, batters are hitting just 0.219 against him. Not only does Houser have a strong batting average allowed, but he has also avoided giving up home runs. In his previous outings, opponents are averaging just 0.21 home runs allowed per 9 innings. Houser is in the bottom half of the league in strikeouts, averaging just 4.375 K’s per game. This includes a strikeout percentage of 19.0%. For the season, he has struggled with command averaging 4.04 walks per outing.

For the Cardinals, starting pitcher Matthew Liberatore has yet to factor into a decision. So far, Liberatore has put together an ERA of 7.71. In his only outing, he lasted 4.2 innings, giving up 4 runs on 7 hits to the Pirates. This appearance included 1 home run allowed.

Today’s matchup between the Milwaukee Brewers and St. Louis Cardinals will be their 6th meeting of the season. So far, the teams have each won 3 times. The over-under record in this series sits at 2-4. The average run total in these games is 8.21 runs per game. In these matchups, the average scoring differential sits at 3.0 runs. Dating back to last season, St. Louis picked up 11 wins compared to 8, taking the season series. The over-under record in last year’s matchups was 9-9, with the average run total being 8.21 runs per game. The average scoring differential in this series was 3.68 runs per game.

In Saturday’s NL Central matchup between the Brewers and Cardinals, I recommend taking the experience and consistency of Adrian Houser over the Matthew Liberatore. Even though Milwaukee’s offense is prone to inconsistency, they have been opportunistic against below-average starters. Look for the Brewers to pick up the win.

Free MLB Pick: Brewers Moneyline. Bet your baseball picks for FREE this week by taking advantage of a 100% real cash bonus up to $500 when you use bonus code PREDICTEM at Betnow Sportsbook!