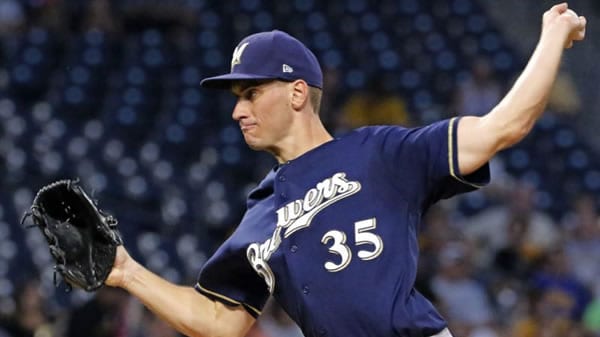 Milwaukee is playing with house money here. The Brewers have absolutely no business being in the postseason at under .500, but here they are. So now they’ve got a chance to advance in the playoffs if they can win two out of three against the Dodgers.

Unfortunately for Milwaukee, their hopes took a big hit with the announcement that Corbin Burnes strained his left oblique and will not be available to pitch in this series. Milwaukee waited until Tuesday to announce that it’s going with a bullpen game and will start Suter as it hopes to get the game to its ace bullpen. If the Brewers can get to the bullpen with the lead, they’ll have a significant edge, as they’ve got a deadly combination of Devin Williams and Josh Hader to finish out the game. But to get there, they’ll need at least six sharp innings from Suter and at least one other pitcher, which might be tough to come by.

It’s honestly kind of incredible that Los Angeles has raced to a 43-17 mark this season, given that several of their stars haven’t really gotten the job done. Justin Turner is still coming back from injury, and Cody Bellinger has been relatively poor at the plate, hitting just .239 in this exaggerated season. Plus, Walker Buehler hasn’t been anywhere near as sharp as usual, picking up only one win and rarely becoming eligible to earn a decision.

But the Dodgers haven’t missed a beat because Los Angeles is so deep that it can withstand a couple of stars not performing up to their best. When you have the likes of Mookie Betts and Corey Seager both hitting for average and power and the best bullpen in the NL, you can get away with a couple of players having a few off days.

The question for Los Angeles is whether it’s ready to put its postseason past behind it. The Dodgers haven’t really been a failure in the playoffs, as they’ve made it to at least the NLCS in three of the past four years and lost to the eventual world champions last year. Still, in championship-starved Los Angeles, all the Dodgers’ fans see is a closing window for a team that hasn’t won the title since 1988. This is easily the Dodgers’ best chance to get the job done, as their players shouldn’t be worn down by a long season and can avoid the pressure that comes with this time of year without having to worry about fans in the stands.

Odds are, we’re not going to get a replication of the classic series from 2018 when the Dodgers and Brewers played seven games. The Brewers have emerged from the season as a royal mess that’s struggling to hit, and unlike Los Angeles, Milwaukee cannot withstand a star coming up small. Christian Yelich has been the biggest issue for Milwaukee with a mere .205 average, and if he can’t figure things out quickly, Milwaukee has little chance to pull the upset.

But that doesn’t mean the Brewers aren’t going to try. Milwaukee has made no secret of the fact that they really want to get the Dodgers back for 2018, and winning two games out of three isn’t anywhere close to an impossible task. But the Brewers pretty much have to be perfect in order to have a chance in this situation.

Get dimelines plus reduced juice on totals and runline bets at BAS!

The wind will be slight, coming in from right-center field at four miles per hour. Temperatures will be around 88 degrees at the first pitch.

I hate paying the juice here with the Dodgers, but I cannot see Milwaukee making this much of a series. I think that the Dodgers have the better lineup and the better pitching, and they’ve got a much better overall team than the Brewers do, The only chance that Milwaukee really has is if Los Angeles succumbs to the pressure and wilts, but I don’t see the Dodgers doing that.

I think Buehler has his best stuff ready for this game, and I expect him to dominate Milwaukee’s weak lineup. Give me the Dodgers on the runline here to avoid the large juice. Bet your MLB playoffs picks for FREE by taking advantage of a 100% REAL CASH bonus on your first deposit of $100 to $300 at MyBookie Sportsbook!