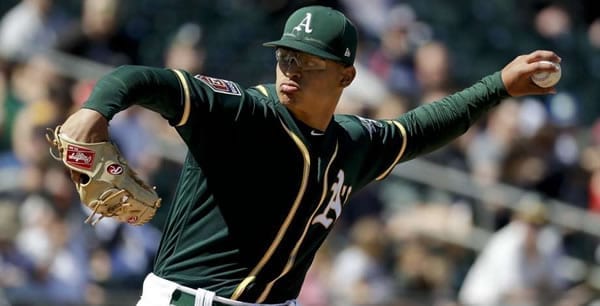 This is going to be a totally different setup than usual, because thanks to COVID, these teams have not met at all in 2020 except for one spring training encounter back in March. But the lack of familiarity goes beyond that. The White Sox and Athletics have never met in the playoffs in their history. That seems a tad incredible given that both teams date back to 1901, but on the other hand, a playoff matchup between the teams wasn’t even possible until 1995.

Plus, it hasn’t helped that the White Sox haven’t been anywhere near the postseason for years. Chicago finally snapped a 12-year drought and looks like it will be a factor for a long time to come, but the fact is that the young White Sox have absolutely zero experience at this level. For the Athletics, all of their experience is bad; they’ve lost five consecutive playoff games, including three straight AL Wild Card Games (which technically counts as part of the playoffs.)

Fading Down the Stretch

For a while, it seemed like this matchup might take place in the ALDS or even the ALCS. The White Sox were in a position to challenge the Rays for the top overall seed, while the Athletics seemed to have their own argument as the best team on the junior circuit. But in Oakland, Matt Chapman tore a labrum in his hip and had to miss the remainder of the season, and the White Sox seemed to hit the wall offensively. The Pale Hose dropped eight of their final ten contests and were held to four runs or less in seven of those games, all of them losses.

With the Athletics, the decline and the reason for it are obvious. With the White Sox, it’s a little more nuanced. The final ten games for the Pale Hose included visits to Cincinnati, which features an excellent starting rotation, and Cleveland, which has an even better rotation than the Reds and has frustrated Chicago all season long. The White Sox’s final series came against the Cubs, which saw them finally break out of their doldrums. After running into Yu Darvish, who’s been virtually unbeatable at Wrigley Field, the Sox scored 17 runs in their final two games of the season. If they’ve got their confidence back, they’ll be a tough out.

Jesus Luzardo was about the only pitcher that Bob Melvin could count on last year against Tampa Bay in the Wild Card Game, so Melvin’s opted to go with Luzardo in the critical opening game. However, Luzardo has been very inconsistent down the stretch, winning just two of his final five starts and failing to get out of the fourth inning in any of the three losses.

His opponent will be Lucas Giolito, who had some real problems down the stretch. In his final five starts, Giolito averaged just under three earned runs a game. The good news is that Giolito continued to miss bats down the stretch, recording just under eight strikeouts a game in his final five starts. The bad news is that he also averaged a home run a game, and if he’s not keeping the ball in the park, the Athletics will be in solid shape.

The biggest concern with Giolito is whether his control is where it needs to be. Oakland doesn’t do anything particularly well or poorly, ranking middle of the road in virtually every offensive category except one: walks. The Athletics are seventh in walks and will be more than happy to wait out Giolito, who walked 11 batters in his final three starts.

The wind will be slight, blowing six miles an hour toward the west-northwest. However, it’s going to be a scorcher, as temperatures will start at 85 degrees at the first pitch and push into the low 90s as the game progresses.

Young teams usually don’t beat experience in their first trip to the postseason. It takes time, and the White Sox appear to be falling apart down the stretch. Meanwhile, the Athletics have been here before and know that they’ve got to deliver in this situation because if they fail to get it done here, it becomes a real question of when they really can win a playoff series.

The bet I want most here is the over, as I trust neither pitcher at this point in the season. However, for the actual result, I’ll go with the live dog here and back Oakland.