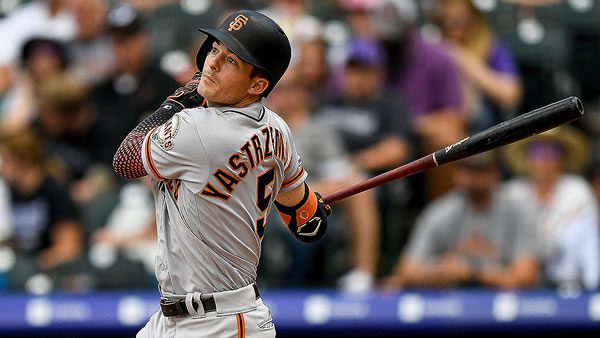 (Risk less per bet >>> Anything else is not wise!)

The San Francisco Giants host the Colorado Rockies on Tuesday, June 7th at Oracle Park. The first pitch in this matchup is scheduled for 09:45 ET. The MLB Odds Board places San Francisco as the favorite (-190), with an OU line set at 7.5.

The Rockies will look to rebound from a close, 8-7 loss to the Braves. On their way to giving up 8 runs, the Rockies staff allowed 11 hits. Offensively, they finished with 7 runs on 12 hits. The loss came as Colorado was the betting underdog, getting 130.0 on the moneyline. This game went over the posted over-under line of 11.0 runs. So far, Colorado has an above .500 over-under record of 30-23-1.

After their 5 most recent games, the Rockies have gone just 1-4. This mark has come on an average run margin of just -13. Compared to their overall average of 4.69 runs per game, the team’s offense is playing well. Over their last 5 contests, they have bumped this figure up to 5.8. Colorado’s overall series record is just 7-9-1.

The San Francisco Giants will be looking to pick up another win, as they most recently defeated the Marlins by 4 runs (5-1). In the win, the pitching staff allowed just 1 run on 5 hits. At the plate, the Giants scored 5 times on 9 hits. In the game, San Francisco was able to take care of business as they were the favorite at -125.0. So far, the team has won 61.0% of the games in which they were favored. With this result, the Giants and Marlins combined to fall below the over-under line of 8.0 runs. Even still, San Francisco games have still gone over the betting total over half of the time, at 30-22-1.

In their last 5 contests, the Giants have just 2 wins, going 2-3. Even though San Francisco has notched just 2 in their last 5 games, they still have a positive run differential in this stretch (+8). Even with their recent struggles, the offense has been steady, averaging 5.8 runs per game. This is right in line with their season average of 5.15. On the season, San Francisco has won more than half of their series, going 9-6-3.

Colorado will roll with Germán Márquez (1-5) as their starter. So far, Márquez has put together an ERA of 6.71. In his appearances leading up to today, he has lasted an average of 5.5 innings. Teams have been able to rack up runs against him, as he has a batting average allowed of 0.309. Home runs have been an issue for Márquez, as he is allowing an average of 1.8 per 9 innings pitched. Márquez has accumulated a strikeout percentage of 18.0% and a per game average of 4.6. Leading into the game, he has shown a strong command of his pitches, averaging just 2.95 walks per contest.

San Francisco will roll with Carlos Rodón (4-4) as their starter. So far, Rodón has put together an ERA of 3.44. In his appearances leading up to today, he has lasted an average of 5.5 innings. Rodón comes into the game with a batting average allowed of 0.233. So far, Rodón has managed to keep the ball in the ballpark, allowing just 0.49 home runs per 9 innings. Per game, Carlos Rodón is averaging 7.0 K’s per game, on a strikeout percentage of 30.0%. Command has been a problem for Rodón, as he is giving up 3.44 walks per outing.

Today’s matchup between the Colorado Rockies and San Francisco Giants will be their 7th meeting of the season. Currently, San Francisco is winning the season series 5-1. Through 6 games, the series’ over-under record is 5-1, with the average run total sitting at 9.74 runs per game. The averge scoring margin in these meetings is 3.67 runs. Dating back to last season, the San Francisco picked up 15 wins compared to 4, taking the season series. In these 19 meetings, the two teams combined for an over-under record of 9-10. Last year, the Rockies and Giants averaged 9.74 runs per game. On average, the winning team won by a margin of 4.26 runs per contest.

Heading into Tuesday’s NL West matchup between Colorado and San Francisco, I recommend taking the Giants to pick up the win and cover the run line. On the season, the Rockies have struggled to score when playing away from Coors Field, averaging just 3.05 runs per game. In a matchup with Carlos Rodon, I see San Francisco picking up a convincing win.

Free MLB Pick: Giants Runline -1.5. Bankroll running low? Fix that problem and place all your baseball wagers for FREE this week by scoring a 100% real cash bonus on your first deposit up to $500 when you use bonus promo code PREDICTEM when you sign up and deposit at Betnow Sportsbook!