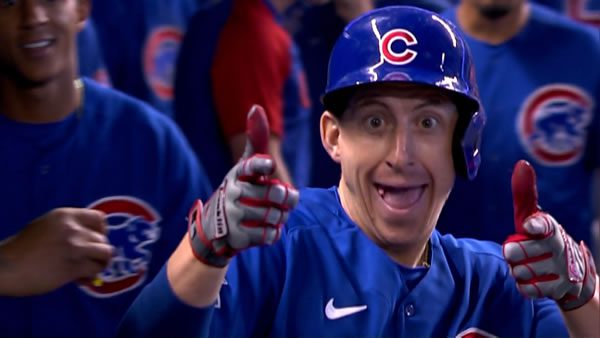 The Cincinnati Reds host the Chicago Cubs on Thursday, May 26th at Great American Ball Park. The first pitch in this matchup is scheduled for 12:35 ET. The MLB Odds Board places Chicago as the favorite (-115), with an OU line set at 8.5.

After suffering a 1 run loss to the Cincinnati (4-3), the Cubs will look to get back in the win column. On their way to giving up 4 runs, the Cubs staff allowed 7 hits. On offense, the Cubs finished with 5 hits. Chicago’s loss came as the underdog, getting 134.0 on the moneyline. This matchup remained below the over-under line set at 8.5 runs. After the game, Chicago’s dropped back to an over-under record of 20-20-3.

The Cubs are looking to continue adding wins, as they are 3-2 over their last 5 games. During this time, they have an average scoring differential 9. Their hot play has been driven by an offense that typically averages 4.35 runs per game. But, over this stretch, this figure has bumped up to 6.4. Chicago’s overall series record is just 5-7-2.

In their last game, the Reds picked up a close win over the Cubs by a score of 4-3. For the game, the pitching staff held the Cubs to 3 runs on 5 hits. The Reds’ offense ended the game with 4 runs on 7 hits. Cincinnati picked up the win while being favored at -144.0. So far, the team has won 33.0% of the games in which they were favored. Combined, the Red’s and the Cubs’ run total fell below the OU line of 8.5 runs. Even still, Cincinnati games have still gone over the betting total over half of the time, at (25-17-1).

The Reds come into today’s game looking to turn things around, as they are just 2-3 over their last 5 games. This recent slump is backed by a scoring margin of -10 over their last 5 games. In their 5 most recent contests, the team is scoring at a rate of 3.2, similar to their season-long average of 3.88. Cincinnati has a below .500 series record of just 3-9-2.

Justin Steele gets the start for the Cubs, with an overall record of 1-4. To date, Steele has an ERA of 3.82 while lasting an average of 4.12 innings per appearance. Steele comes into the game with a batting average allowed of 0.236. So far, Steele has managed to keep the ball in the ballpark, allowing just 0.27 home runs per 9 innings. Steele has accumulated a strikeout percentage of 26.0% and a per-game average of 4.75. For the season, he has struggled with command averaging 4.64 walks per outing.

Cincinnati will roll with Hunter Greene (1-6) as their starter. So far, Greene has put together an ERA of 5.49. In his appearances leading up to today, he has lasted an average of 4.89 innings. Greene comes into the game with a batting average allowed of 0.232. Home runs have been an issue for Greene, as he is allowing an average of 2.76 per 9 innings pitched. In terms of strikeouts, Hunter Greene has a strong strikeout percentage of 28.0%, including a per-game average of 6.25. Command has been a problem for Greene, as he is giving up 5.03 walks per outing.

Today’s matchup between the Chicago Cubs and Cincinnati Reds will be their 3rd meeting of the season. Chicago has the lead in the series at 2-1. The over-under record in this series sits at 2-1. The average run total in these games is 8.84 runs per game. The averge scoring margin in these meetings is 3.67 runs. Dating back to last season, the Cincinnati picked up 11 wins compared to 8, taking the season series. In these 19 meetings, the two teams combined for an over-under record of 7-11. Last year, the Cubs and Reds averaged 8.84 runs per game. The average scoring differential in this series was 2.84 runs per game.

In Thursday’s NL Central matchup between the Cubs and Reds, look for Chicago to bounce back from yesterday’s loss and pick up the win over Cincinnati. With Justin Steel on the mound, the Cubs have the advantage in starting pitching over Hunter Greene for the Reds. I like Chicago on the moneyline.

Free MLB Pick: Cubs Moneyline. Bet your MLB picks for FREE this week by taking advantage of a 100% REAL CASH bonus on your first deposit of $100 to $300 at MyBookie Sportsbook! (Must use bonus code PREDICT100). Already have an account there but still want a 100% bonus? We’ve got a special deal where you can deposit $100 to $500 and get a 100% REAL CASH bonus at Betnow Sportsbook as well! (Must use bonus code PREDICTEM).