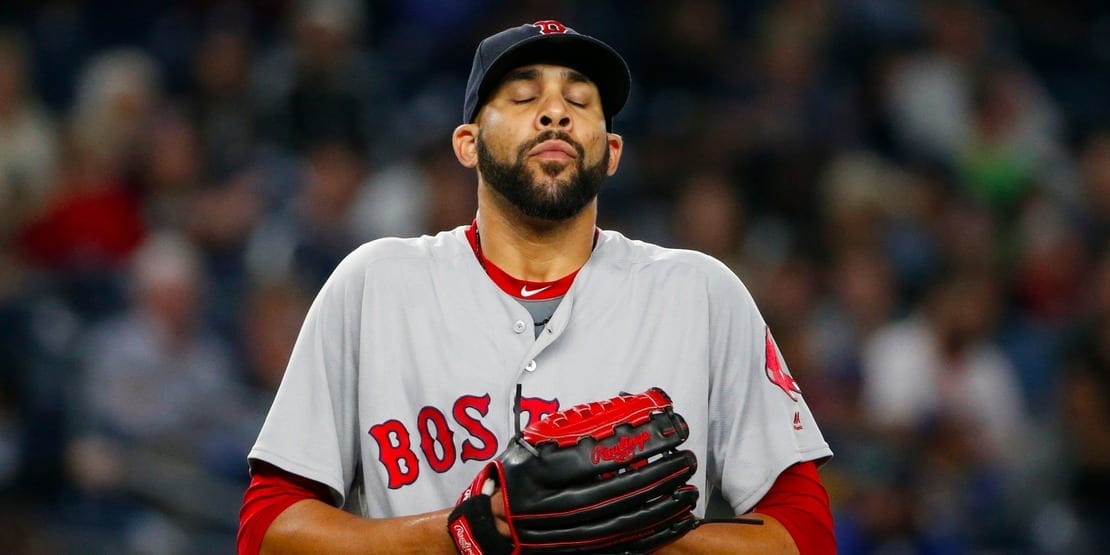 The Boston Red Sox just snapped a season-high three-game losing streak with a victory over the Cleveland Indians Wednesday. How are we betting Thursday afternoon’s series finale between these two American League divisional leaders with our daily free MLB picks?

Thursday’s MLB betting odds opened Boston at around -175 over Cleveland, with an over/under of 9.5 runs. Early betting action then bumped the Sox to around -185.

Boston could also be found getting around +105 giving the run and a half on the MLB run line.

Cleveland took the first two games of this series by scores of 5-4 and 6-3, but Boston got on the board with a 10-4 victory Wednesday. The Sox broke loose for 14 hits Wednesday, including three homers, while the bullpen tossed 4 2/3 innings of one-run ball.

At 69-39 overall Boston leads the AL East and the battle for the best record in the American League by nine games over the second-place New York Yankees.

Even with Wednesday’s loss the Indians are 9-2 over their last 11 games. At 73-53 overall Cleveland leads the AL Central by 13 games over second-place Minnesota, and trails Houston by 3.5 games in the battle for the No, 2 seed in the upcoming American League playoffs.

On the personnel front Indians slugger Edwin Encarnacion came off the DL Wednesday and hit a pair of two-run home runs.

This will be Price’s first start against Cleveland since 2016, when in two outings, including one in the playoffs, he gave up seven runs through 9 1/3 innings. Boston split those two games.

Rookie righty Plutko (4-3, 4.62) is 4/7 on quality starts this year, to go along with three appearances in relief. In his first appearance with the Big Club in three weeks last Saturday he allowed three runs on three hits through seven innings against Baltimore, although the Indians lost that game 4-2. On the season Cleveland is 4-3 with Plutko, with unders going 4-3.

This will be Plutko’s first-ever start against the Red Sox, which could give him an advantage, at least for the first couple of times through the lineup.

Nonetheless we must give Boston and Price our handicapping check-mark for this pitching match-up.

Cleveland ranks sixth in the Majors this season against left-handed pitching with a .265 team batting average, sixth with a .336 team OBP and ninth with a .425 team slugging percentage.

So the Red Sox get our handicapping check-mark with the sticks for Thursday, as they do just about every day.

The Tribe bullpen ranks 27th in the ML with a 4.77 ERA and 13th with a 1.29 WHIP. But those are about as low as those numbers have been all season for the Indians relief crew.

So Boston owns the advantage in the comparison of the bullpens, too.

Unders are 31-27 in games played at Fenway Park this year, even though Sox home games are averaging 9.5 total runs per.

Overs are 2-0-1 in this series, as the teams have combined to score a total of 32 runs through the first three games.

Boston gets all three of our handicapping check-marks for this game, leading us to a rather easy pick. But today’s price is a bit too steep for our taste. So instead we’ll take a chance and play the Red Sox giving the run and a half.