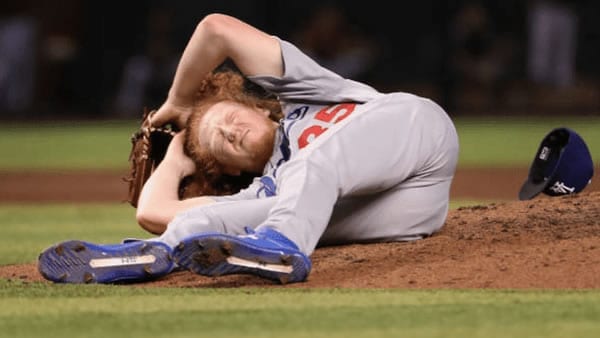 The Dodgers and Astros, who met in the World Series just three seasons ago, got reacquainted Tuesday night, in more ways than one. Now LA shoots for a sweep of this two-game series in Houston Wednesday night. How are we playing this game with our free MLB pick?

The oddsmakers at 5Dimes opened this game with the Dodgers as a -125 moneyline favorite, but money has come in on the Astros to knock that line down to -120. The O/U total line is offered up at 9.5 runs.

Los Angeles grabbed the opener of this series Tuesday night 5-2, winning as a -145 favorite on the MLB betting line and covering against the run line at a price of +110.

The Dodgers trailed Tuesday’s game 2-0 through four innings but scored five runs in the top of the fifth to take control. Things then got really interesting in the bottom of the sixth when LA pitcher Joe Kelly buzzer Astros Alex Bregman and barked after whiffing Carlos Correa. Benches cleared, and jaws yapped, but no punches were thrown.

Neither team scored after that, keeping the game under its total of 10 runs.

The Dodgers opened this 2020 season by splitting four games with San Francisco over the weekend.

Houston opened this season by taking three of four games from Seattle.

These teams met most recently in 2018 when the Astros took two of three games from the Dodgers out in LA. Two of those three games played under their totals.

Javier is making his first career ML start Wednesday and his second appearance. Last Saturday, in his ML debut, the 24-year-old right-hander gave up one hit in one inning of relief against Seattle, with one strikeout.

May is making his second start of this season. Last Thursday, the big right-hander replaced Clay Kershaw at the last minute for the opener against San Francisco and gave up one run and seven hits through 4 1/3 innings of an 8-1 Dodgers victory.

This will be May’s first-ever action against Houston.

The Dodgers batted .261 last season against right-handed pitching, with a .343 team OBP and a .482 team slugging percentage.

The LA bullpen has been great so far this season, allowing just two runs and nine hits through 23 2/3 innings of work.

The Houston pen has allowed eight runs and 24 hits through 22 1/3 innings this season.

The Dodgers played 47-34 on the road last season.

Both young starters look like they’ve got some nice potential, but it’s difficult to discern an advantage one way or another. We also see these teams as very even with the sticks and in the bullpen comparison. So we don’t know who’s going to win this game. But because of unfamiliarity, we give the young starters the edge on the hitters, at least for the first couple of times through the lineup. They’ll eventually turn the game over to two of the better bullpens in Baseball. That’s why we like the under on the total for our free MLB pick here. Bet your baseball picks for FREE by taking advantage of a special 100% REAL CASH BONUS on your first deposit of $100 to $300 at MyBookie Sportsbook! You must use this special bonus link to register and receive the extra cash!