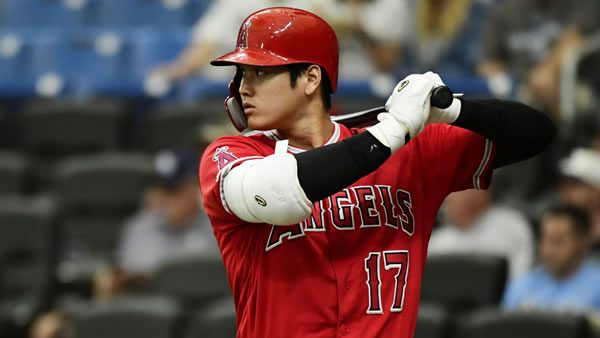 Money Line: Mariners +100 / Angels -120 (Find Dimeline Sportsbooks - This allows you to pay less for favorites and get paid more on your underdog bets!)

The Los Angeles Angels host the Seattle Mariners on Saturday, June 25th at Angel Stadium of Anaheim. The first pitch in this matchup is scheduled for 10:07 ET. The MLB Odds Board places Los Angeles as the favorite (-120), with an OU line set at 8.0.

The Seattle Mariners will look to add another win to their resume after pulling out a slim 4-3 win over the Angels. On their way to the victory, the pitching staff gave up 3 runs on 7 hits. The Mariners lineup had a good night at the plate, coming up with 10 hits, leading to 4 runs. Seattle picked up the win, despite getting 139.0 on the moneyline. Together, the Mariners and Angels stayed below the over-under line set at 9.5 runs. With this result, Seattle’s over-under record dropped even further, moving to just 34-37-1.

In the Mariners’ last 5 games, they are above .500, going 4-1. Over this stretch, the team has a positive run differential at +13. A key to their recent success has been an offense averaging 4.6 runs per game, compared to their season average of 3.99. Seattle’s overall series record is just 10-12-1.

The Angels are coming off a tight loss to the Mariners, dropping the game 4-3. Despite the losing effort, the team’s pitchers held the Mariners to 4 runs and 10 hits. At the plate, the Angels only came through for 3 runs on 7 hits. Los Angeles, dropped the game despite being favored at -151.0. For the season, the team has been favored in 52 games, winning at a rate of 56%. With this result, the Angels and Mariners combined to fall below the over-under line of 9.5 runs. This result comes as no surprise, as the team’s over-under record is just 32-37-4.

The Los Angeles Angels will send Patrick Sandoval to the mound with an overall record of 3-2. Currently, Sandoval has a strong ERA of just 2.7 while pitching an average of 5.45 innings per outing. Across his previous appearances, the right-hander has a batting average allowed of 0.229. Opposing batters are hitting for power at a below-average rate against Sandoval, as he is allowing just 0.3 per 9 innings. Overall, Patrick Sandoval has struck out 23.0% of the batters he has faced. On average, he averages 5.36 K’s per game. Command has been a problem for Sandoval, as he is giving up 4.2 walks per outing.

Today’s matchup between the Seattle Mariners and Los Angeles Angels will be their 7th meeting of the season. Currently, Los Angeles is winning the season series 4-2. The over-under record in this series sits at 1-5. The average run total in these games is 9.58 runs per game. In these matchups, the average scoring differential sits at 3.33 runs. Last season, Seattle picked up the series win, 11 games to 8. In these 19 meetings, the two teams combined for an over-under record of 12-7. Last year, the Mariners and Angels averaged 9.58 runs per game. The average scoring differential in this series was 3.79 runs per game.

Heading into Saturday’s AL West contest between Seattle and Los Angeles, look for the matchup between Patrick Sandoval and Logan Gilbert to live up to expectations. I expect both offenses to struggle and runs to be hard to come by. Look for this game to fall below the over-under line of 8 runs.

Free MLB Pick: Take the UNDER. Bet your MLB picks for FREE this week by taking advantage of a 100% real cash bonus up to $500 when you use bonus code PREDICTEM at Betnow Sportsbook!